Funko completed an agreement to acquire all assets of Underground Toys Limited (UTL). Financial terms of the transaction were not disclosed.

Founded in 2001 and based in London, UTL is a provider of toys and entertainment products under licensed brands that include Star Wars, Doctor Who, Marvel, WWE, and DC Comics. In January 2014, Funko and UTL entered into a European distribution agreement whereby UTL exclusively distributed Funko products along with its own range of licensed merchandise to a network of European retailers, including Toys “R” Us, Tesco, ASDA, Carrefour, and FNAC.

Funko’s operation of the EMEA business will be led by Andy Oddie, who will assume the position of managing director, EMEA.

WildBrain has been appointed the exclusive global manager of Moose Toys’ YouTube channels for Shopkins, Happy Places, Grossery Gang, and Twozies brands. WildBrain will focus on growing watch times, views, and revenue for the brands.

WildBrain will also be responsible for channel optimization.

Click Distribution will expand its business operations to include fashion accessories and jewelry.

To support this new expansion, it has appointed Yan Chan in the newly created role of general manager, Far East manufacturing and sourcing. Chan will oversee the firm’s manufacturing operations in China. In addition, Diane McSweeney has been appointed as head of product design.

For its first licensor, Nickelodeon and Viacom Consumer Products, Click will develop a line of accessories for PAW Patrol and Shimmer and Shine in the UK, Ireland, and the Channel Islands.

Established in 2009, Click has previously built its reputation in the UK as a distributor of toys and collectibles and it has forged exclusive partnerships with several toy and collectible manufacturers.

The firm also has extensive experience of distributing licensed accessories for properties including Frozen, Despicable Me, and Shopkins. 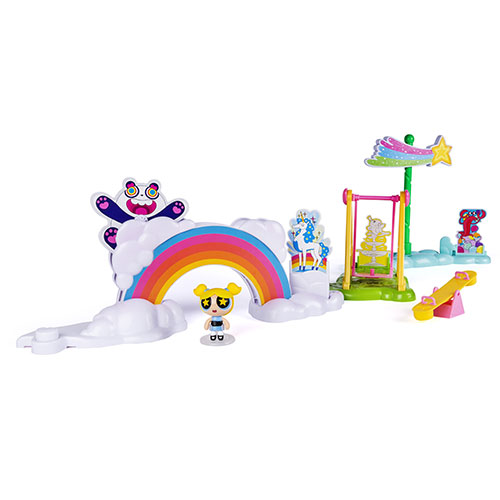 Argos has launched the first SKUs through its catalogue and online. The Entertainer will introduce the range to its stores and online later this week, backed by its The Powerpuff Girls Super Saturdays initiative that will fill stores with branded activities, exclusive discounts, and competitions for one month.