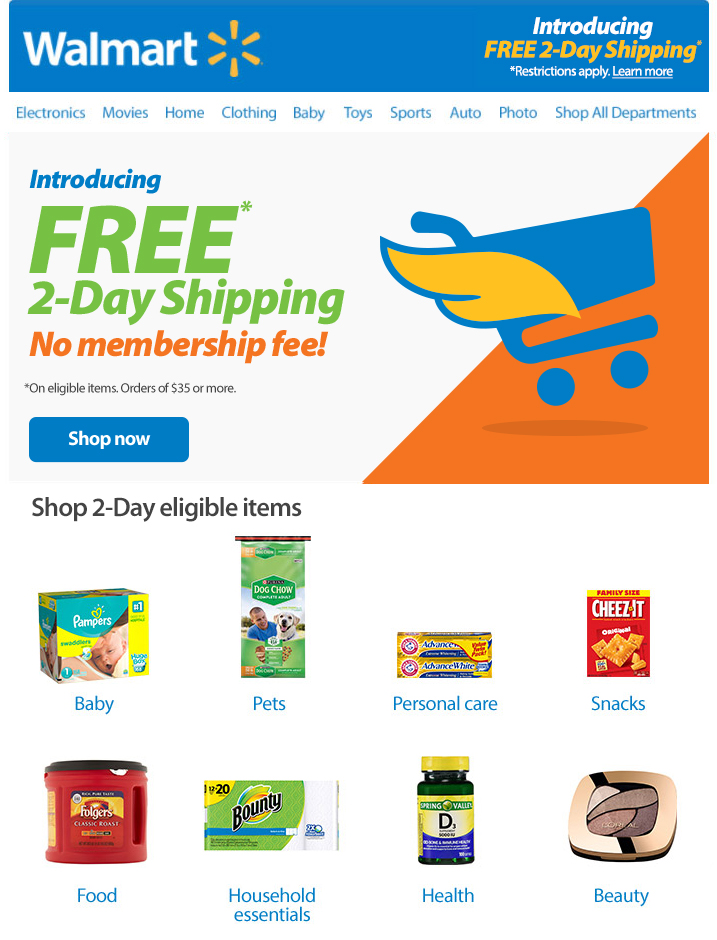 Walmart has rolled out free two-day shipping to home and stores on more than two million items, without a membership fee. The announcement coincides with a lower minimum purchase requirements for free shipping to home at $35, from $50. Not including freight and marketplace, items being shipped to stores continue to have no price threshold.

Free two-day shipping will be available on the items customers shop the most, including household essentials such as baby necessities, pet products, foods such as cereal and peanut butter, cleaning supplies, and beauty favorites as well as top toys and electronics.The program is currently available in the contiguous U.S.

Iconix Brand Group announced plans for a potential sale of its majority stake in Peanuts Worldwide LLC, which owns the rights to cartoon strip characters such as Snoopy and Charlie Brown, according to a Reuters exclusive report.

The move sent shares of Iconix up more than 5 percent. This comes three months after MetLife dropped the Peanuts characters as mascots after more than 30 years, Reuters reports.

The Peanuts, which include fan-favorites such as Lucy, Linus and Sally, have already attracted the interest of Chinese companies as well as other investors, according to parties familiar with the matter.

Created by Charles Schulz and licensed in more than 100 countries, the characters generate about $30 million in annual earnings before interest, taxes, depreciation and amortization. The expected deal valuation is unknown.

Reuters reports that the New York-based company is working with investment bank Guggenheim Partners on an auction process to sell the brands, but sources cautioned that there was no certainty that any deal would occur. If sold though, Peanuts and Strawberry Shortcake will join Iconix’s other recent sells, including The Sharper Image Brand, which Iconix’s biggest licensee ThreeSixy Group purchased last year for $100 million.