The Powerpuff Girls Expand into EMEA

The merchandise rollout is being spearheaded by the global master toy range from Spin Master, with fashion, accessories, gifts, homewares, personal care, FMCG, and back-to-school products to follow.

In the United Arab Emirates (UAE), the toy range, which includes playsets and plush, launched exclusively at Toy Store last November following the debut of the Cartoon Network Zone in IMG Worlds of Adventure.

In the UK, toys launch at Argos through its catalogue and online, and The Entertainer introduced the range into stores and online.

Additionally plans are in the works for multi-platform engagement initiatives, a cinema campaign and other marketing and retail activations across the region for the brand. 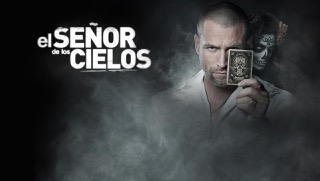 Universal Brand Development appointed One Latino as the licensing agent for the Telemundo Network in the U.S. and Canada. Telemundo, the leading Spanish-language content producer in the U.S., continues to expand its audience with the development of its Super Series with programs such as El Señor de los Cielos and El Chema.

The first phase of the licensing program will focus on El Senor de los Cielos.

This comes on the heels of recent deals for the brand, including Eaglemoss for partworks, Egmont for children’s books and magazines, Fabric Flavours for apparel for kids and babies, Fantasma for Rubik’s magic, Hemma for children’s books, The Lagoon Group for gifts and publishing, Paladone for novelty gifts, Paragon Creative for themed attractions, Stylus for stationery and novelties; and Umur for back-to-school.