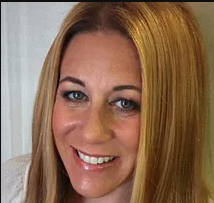 Jennifer Richmond passed away September 12 after a short, yet valiant battle with cancer. Richmond was a beloved  licensing veteran with more than 23 years of experience in the industry.

Most recently she worked as managing director of the Richmond Management Group. Prior, she served as the senior vice-president of licensing and media at Jakks Pacific. During her 12-year tenure there, she was responsible for securing top licenses for Jakks and its subsidiaries worldwide, nurturing partnerships with hundreds of nationally and internationally known celebrities, television, movie, and entertainment properties, including Disney, Nickelodeon, Marvel, and Warner Bros. She also negotiated and oversaw the company’s global media strategy and planning.

Recognized for her accomplishments, Richmond earned such honors as the Women in Toys Wonder Woman Award in Licensing, Variety Magazine‘s Top People in Licensing, License Magazine’s Forty Under Forty Top Licensing Executives, and Kidscreen’s Top Licensing People in Kids Entertainment Licensing. She also served on LIMA’s board of directors.

She is survived by her husband Andy Richmond, their daughter Bianca, and their family of pets.

In lieu of flowers, the family asks that donations may be made in memory of Jennifer to:
City of Hope
Waisman Breast Cancer Innovation Fund
1-800-667-5310 or make a gift online at CityOfHope.org/WaismanInnovation