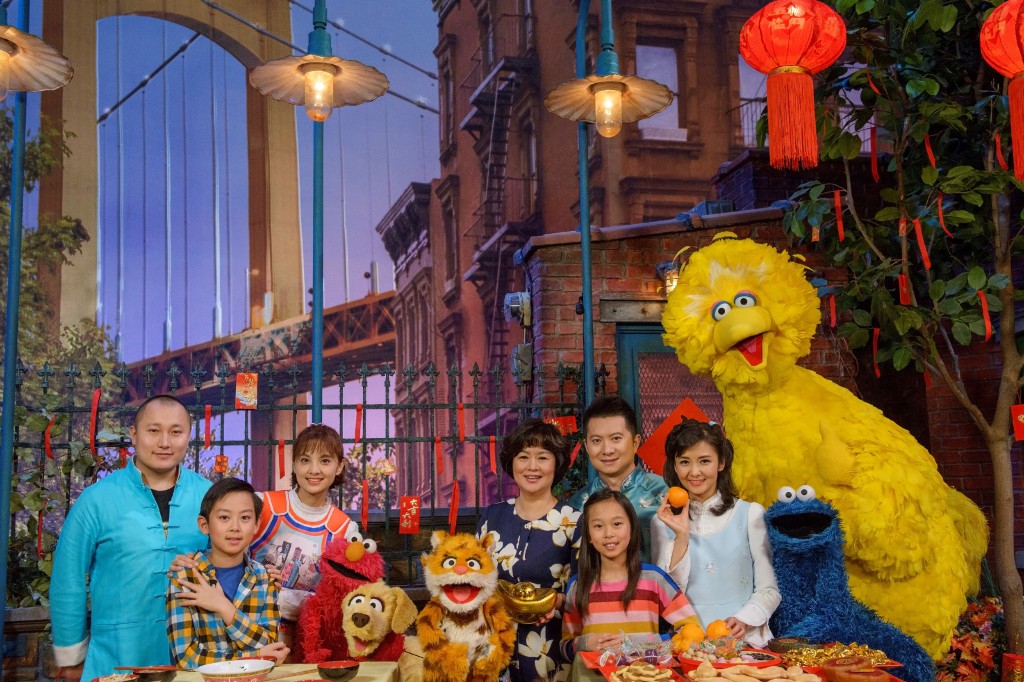 Building on a relationship that began 35 years ago with the televised Big Bird in China special, China’s national broadcaster China Central Television Children’s Channel and Sesame Workshop will co-produce segments for CCTV’s annual Spring Festival special. For the first time, CCTV will be on the Sesame Street set in New York to shoot segments showcasing Chinese New Year traditions, customs, and legendary stories. 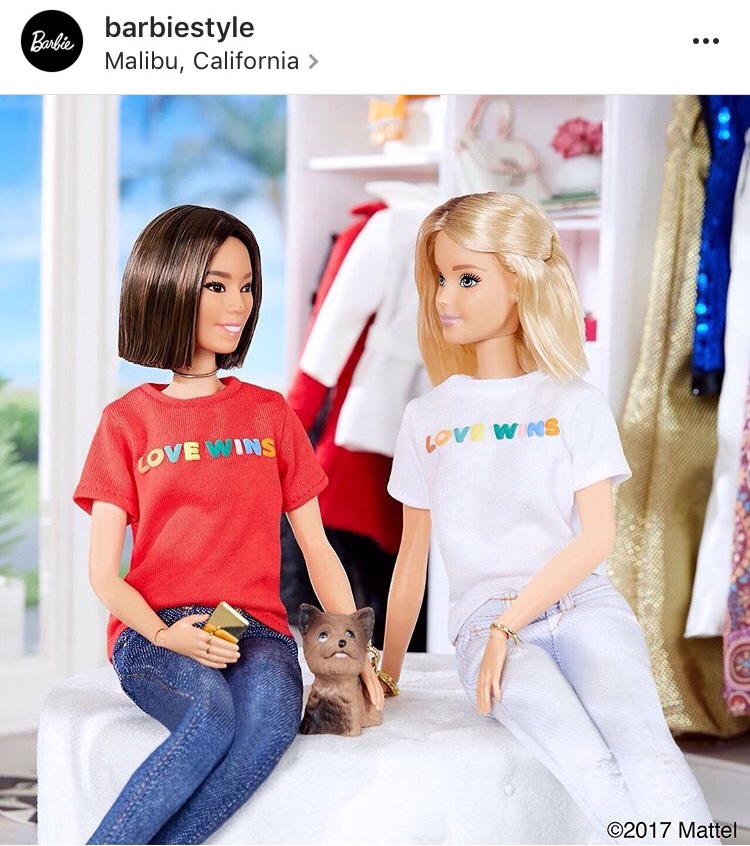 Barbie added her name to the list of celebs in support of same-sex marriage when @BarbieStyle shared two posts on Instagram featuring the fashion doll wearing a “Love Wins” T-shirt designed by Aimee Song (Song of Style).

While the social media share highlights a collaboration between the Barbie brand and the fashion designer, it also hints at the brand’s continuation in throwing support to social causes and promoting inclusion. The back-to-back posts feature Barbie and a Song look-alike doll wearing the “Love Wins” t-shirts, which the fashion blogger and designer created for Pride Month to benefit The Trevor Project.

This is not the first time the iconic doll has taken a stand as an ally for news-worthy causes. Most recently, Mattel honored Ibtihaj Muhammad, the first American Olympian to compete while wearing a hijab, as a Barbie “Shero” by gifting her a one-of-a-kind doll in her likeness. The doll, which is the first Barbie doll to wear a hijab, was unveiled at the Glamour Women of the Year LIVE Summit, which was held in Brooklyn on November 13. The Barbie Shero program recognizes women who break boundaries to inspire the next generation of girls.

More than 174 million Americans shopped in stores and online during the holiday weekend (Thanksgiving Day through Cyber Monday), beating the 164 million estimated shoppers from an earlier survey by the National Retail Federation (NRF) and Prosper Insights & Analytics.

The most popular day for in-store shopping was Black Friday, cited by 77 million consumers, followed by Small Business Saturday with 55 million consumers. The top two days that consumers shopped online were Cyber Monday with more than 81 million and Black Friday with more than 66 million. In addition, 63 percent of smartphone owners used their mobile devices to make holiday decisions, and 29 percent used their phones to make actual purchases.

Among those who spent, 60 percent said the majority of their purchases were driven primarily by sales, and 48 percent said deals were better than earlier this season.

The survey, which asked 3,242 consumers about Thanksgiving weekend and Cyber Monday shopping plans, was conducted November 25–26 and has a margin of error of plus or minus 1.7 percentage points.

This year’s Thanksgiving weekend results do not include historical data from past years due to changes made to the survey methodology to help better understand consumers’ shopping experience and to include Cyber Monday in the calculations, says the NRF.

A new national survey of toy-purchasing parents* conducted online by Harris Poll on behalf of The Toy Association has revealed new findings about parents’ toy safety beliefs and behaviors. In light of these findings, The Toy Association is alerting families of the top safety tips to keep in mind leading up to the holiday season – and all year long.

According to the survey, while many of these parents (67 percent) say that toys with small parts are among their chief safety concerns, 82 percent think the age label on toy packaging is “just a suggestion” – and 73 percent think it’s okay for younger children to play with their older siblings’ toys.

Eighty-one percent of these parents also say that when they shop for toys for children, they tend to focus more on the types of toys that kids are interested in, rather than the toys recommended for the child’s age.

”Parents and other consumers should always heed the age label on toy packaging. Toys labeled 3+ are not safe for kids under three, because they may contain small parts, which can be a choking hazard,” says Joan Lawrence, senior vice president of safety and regulatory affairs at The Toy Association. “Contrary to what some parents might think, a toy’s age grading isn’t about how smart a child is. It’s based on the developmental abilities of kids at a given age and the specific features of the toy.”

Two-thirds of parents (67 percent) also said that they believe toys manufactured outside the U.S. are less safe than those made in America, when in fact all toys sold in the U.S., no matter where in the world they are made, must adhere to strict federal safety standards and laws that are in place to protect children at play.

Parents can rest assured knowing that toys sold at reputable retailers – whether in stores or online – are tested to more than 100 rigorous U.S. safety laws and regulations. However, adults play an important role in ensuring that kids are playing safely and appropriately.

Staying safe this holiday season is as easy as 1-2-3 – check out The Toy Association’s top three safety tips:

“Once the gifts are unwrapped, parents should get on the floor and play with their kids,” says Lawrence. “Showing little ones how to properly use a toy or game is the best way to make sure they understand how to safely enjoy it. Best of all – playing together as a family is lots of fun and even has enhanced developmental benefits for children.”

For more advice on safe play–including tips for first-time parents, advice on magnet and battery safety, how to ensure safe play outdoors, and more, The Toy Association offers a free resource for parents and caregivers, www.PlaySafe.org.

*Toy-purchasing parents refers to parents of children under 18 who have purchased a toy for a child ages 0-14.

This survey was conducted online within the United States by Harris Poll on behalf of The Toy Association from August 24-28, 2017 among 540 parents of children under 18 who have purchased a toy for a child ages birth–14. This online survey is not based on a probability sample and therefore no estimate of theoretical sampling error can be calculated.