The Spin Master-led global initiative, the Toy Movement has teamed up with Play Africa to deliver 45,000 toys to children in need within South Africa this holiday season.

Spin Master will hold a special event on December 1, 2017 to coincide with World Aids Day at the Woman’s Goal on Constitutional Hill in Johannesburg. In partnership with Play Africa, and with support from Just Fun (Pty) Ltd, Nickelodeon South Africa, and Ty Inc., children will receive toys and meals, and experience live entertainment.

“Play Africa champions every child’s right to play, and by partnering with Spin Master’s Toy Movement, we’re able help bring joy to children and their families this festive season,” says Play Africa CEO Gretchen Wilson-Prangley. “South Africa faces enormous challenges when it comes to providing our children with safe play areas and early learning tools, such as toys. In partnering with Spin Master, we aim to celebrate and encourage the transformative power of play.”

The event on December 1, 2017 will be followed by the distribution of the toys to various schools, orphanages, and day care centers for under-privileged children in South Africa.

Formed in 2014, the Toy Movement has completed missions in Mexico, Israel, Jordan and Turkey.

Moose Toys announced the launch of a Cutie Cars licensing program, based on its latest addition to the Shopkins universe. The Licensing Shop Inc. will assist with this effort in the U.S. and Canada. First licensees include Scholastic (books launching this month with additional titles throughout 2018), Goliath Games (board games launching spring 2018) and Mighty Kingdom (mobile app launching in December 2018). Additional licensees will be announced in January.

Shopkins Cutie Cars are collectible diecast character cars with names such as Choc Chip Racer, Wheely Wishes, and Motor Melon. They are made with real diecast metal for a weighted feel. There are currently more than 35 vehicles to collect in series 1, with a new series expected to launch in early 2018 supported by a marketing campaign. Moose also created and released a Cutie Cars webisode in support of the new line, which has  already garnered more than 2 million views on YouTube. More webisodes are planned to launch for spring 2018 timed to the launch of the new line. 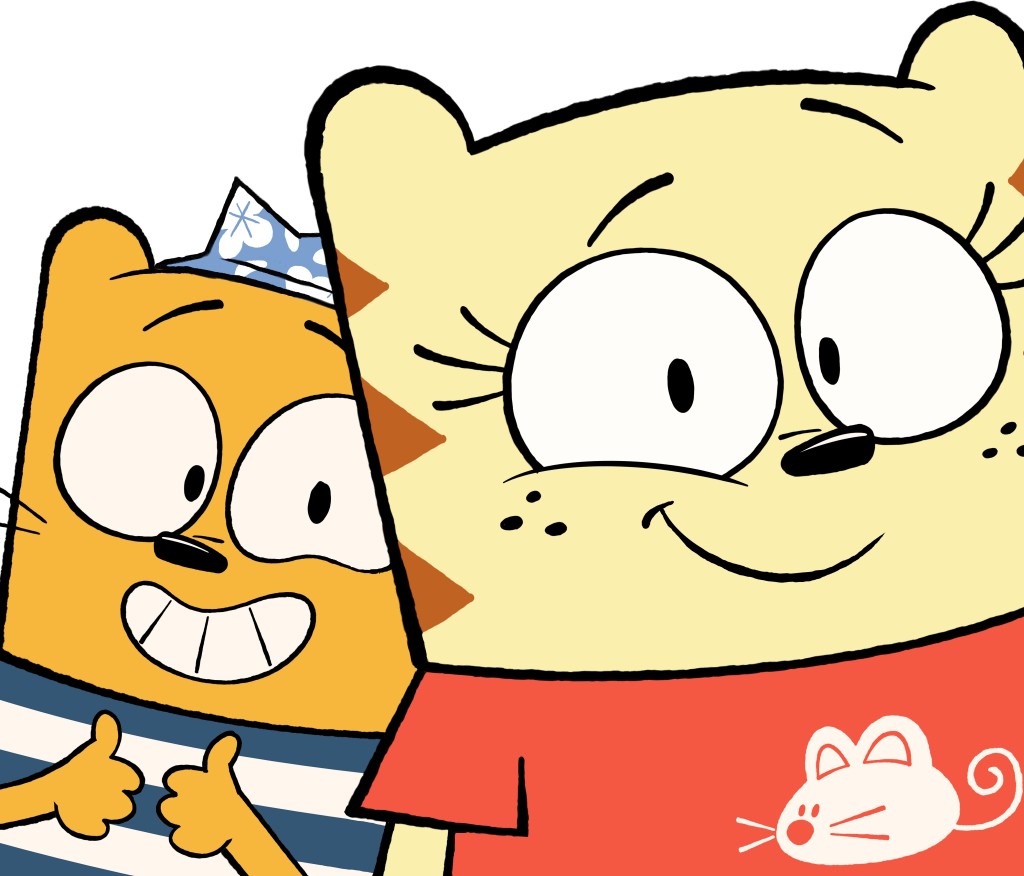 The show—starring two kooky cats with a knack for spinning everyday life into zany globetrotting adventures—is already broadcast in more than 160 territories across three continents, including in the U.S.

Produced by French kids content company Cottonwood Media, the series is based on the best-selling Ollie & Moon books created by author and illustrator Diane Kredensor. Kredensor, who is also a creative producer on the show, is an Emmy Award-winning artist, director and producer whose credits include Pinky and the Brain and Clifford the Big Red Dog. The show was developed in collaboration with Kredensor by Robert Vargas (Wonderpets, Henry Hugglemonster), and David Michel (Totally Spies!, Get Blake).

The Ollie & Moon Show is distributed by Federation Kids & Family.

In advance of Asia Television Forum (ATF), France’s Xilam Animation has secured a raft of sales in the region across its kids’ catalogue.

Ahead of its premiere next year, Xilam has signed a presale for its new animated series Mr Magoo. In 2018, Cartoon Network Asia will air the 78 x 7-minute series in Southeast Asia, Korea, Taiwan, Japan, Australia, India and the Indian subcontinent, and New Zealand.

Cartoon Network Asia has also taken seasons six and seven of Oggy and the Cockroaches, which will launch on the network’s channels next year. Previous seasons of Oggy and the Cockroaches currently air on Cartoon Network, Nickelodeon, Netflix, and Amazon in Asia. The series is distributed in more than 160 countries and is watched in 600 million homes.

Chinese distributor Jetsen Huashi Wangju Kids has also picked up the digital rights to season one of Xilam’s Zig and Sharko. The series is due to be released next year in China across its VOD platforms. Seasons one and two of Zig and Sharko also air on the Disney Channel in Southeast Asia, Japan, and South Korea.

UYoung in China currently airs Oggy & the Cockroaches, and has secured TV and VOD rights for the animated preschool series Paprika and kids’ wildlife series If I Were an Animal.

Corus Entertainment’s Nelvana has partnered with Round Room Presents to bring Nelvana’s original preschool adventure series Ranger Rob to life on stage with a worldwide tour. Locations and dates will be announced in May 2018 with the first stops in Canada beginning fall 2018.

Ranger Rob follows the adventures of 10-year-old Rob and his friends Stomper, a talking Yeti, Chipper, a robotic car, fun-loving pal Dakota and others, around Big Sky Park, the coolest natural outdoor adventure park. Whether they are flying or driving in Chipper, zip-lining through trees or snowboarding through frosty fields, they love discovering and exploring all that the park has to offer. Each episode of the series takes viewers on a new adventure, cultivating the spirit of exploration and curiosity, and inspiring kids to get outside to play and discover.

Round Room joins a growing list of licensees and partners with Ranger Rob including Sprout, the preschool destination within NBCUniversal Cable Entertainment’s Universal Kids network which broadcasts the series in the U.S., and the master toy partner, Imports Dragon.

Based on the original tales, 1001 Nights targets viewers ages 6–9, and has won awards including the Kids First Choice Award, four Leos, and a Platinum Pixie Award. The series features an educational curriculum companion series of books that reaches more than a half a million children in developing countries through schools and refugee camps through partners such as UNICEF. Big Bad Boo is in process of starting production on season three. The brand also has associated comic books and licensing and merchandising deals in several territories.

One Animation, creator of the animated series Oddbods, partnered with Kids Station Toys and The Bentex Group as master toy and apparel licensees, respectively, in North America.

The Bentex Group, including its divisions, Extreme Concepts, LLC & H.I.S. International, will develop a line of kids’ apparel to include T-shirts, fashion tops, and more. Oddbods-licensed products will begin launching in fall 2018.

The license agreements between One Animation and its new licensees were brokered by One Animation’s North American licensing agency, Brandgenuity.

Oddbods, a slap-stick non-dialogue comedy series, follows the antics of seven friends, surviving the perils of everyday life with humorous consequences. The animated series is broadcast on Netflix and across the majority of Amazon’s territories simultaneously via its Amazon Prime Video Direct streaming service. Oddbods is also available on the Disney Jr. app, has received more than 2 billion views online globally, 275 million of which were in the US alone. Oddbods has just been nominated for an International Emmy® Kids Award @MIPTV for best animated series. The brand appeals to both kids and tweens.