The TOTY Award winners were announced last night during a gala awards ceremony at the Ziegfeld Theatre in New York City. The winners were selected with the input of consumers (on ToyAwards.org), mass and specialty retailers, media, and members of the toy industry. The five weighted ballots were used to determine the category winners, with the exception of the People’s Choice award, which was selected exclusively by consumers.

The big winners of the night were L.O.L. Surprise! from MGA Entertainment and Fingerlings from WowWee, which shared the Toy of the Year award, as well as Funko’s Mystery Minis from Funko, which won the People’s Choice award.

More than 600 toys and games were submitted for consideration last fall by companies of all sizes; category finalists, announced in November, were selected by play experts, retailers, academics, and journalists who sit on the TOTY judging committee.

The category winners were selected based on votes from toy retailers (mass and specialty), media, Toy Association members, and consumers. The Toy Association also hired accounting firm Tate & Tryon to review the TOTY rules, including the nomination, judging, and voting process. Tate & Tryon also confirmed voting calculations and verified the 2018 Toy of the Year category winners.

The overall Toy of the Year winners were determined by an expert panel that discussed all the finalists before rendering a decision based on TOTY votes, holiday sales, and media buzz (traditional, online, and social). The People’s Choice award winner was selected solely by consumer votes cast online.

All proceeds from the TOTY program and event contribute much-needed dollars to The Toy Foundation, which partners with generous toy companies throughout the year to bring brand-new toys to children in need. 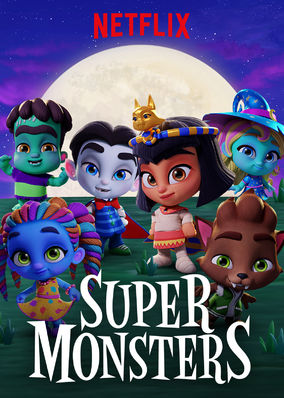 Hasbro has reached an agreement in principle with Netflix to create toys under its PLAYSKOOL brand, based on Netflix’s original preschool series, Super Monsters. Super Monsters is an animated series about a group of preschool-aged kids who are descendants of the world’s most famous monsters, such as Count Dracula, Cleopatra, and Frankenstein. The show follows the kids through their Pitchfork Pines Preschool adventures as they learn to master their own special powers while learning how to be the best they can be. Hasbro’s Super Monsters product line will include collectible figures of the core cast, plush, playsets, and vehicles inspired by the show. The line will also feature roleplay products. As the global master toy licensee, Hasbro will launch its line based on the Super Monsters series in fall 2018 under its PLAYSKOOL brand in the U.S., with additional markets to follow in 2019. This marks the second partnership for the toymaker and Netflix, which teamed up in 2017 to bring Stranger Things’ fans a collection of games inspired by the hit Netflix show. Season one of Super Monsters is available now on Netflix. Season two of the series will launch in October 2018. 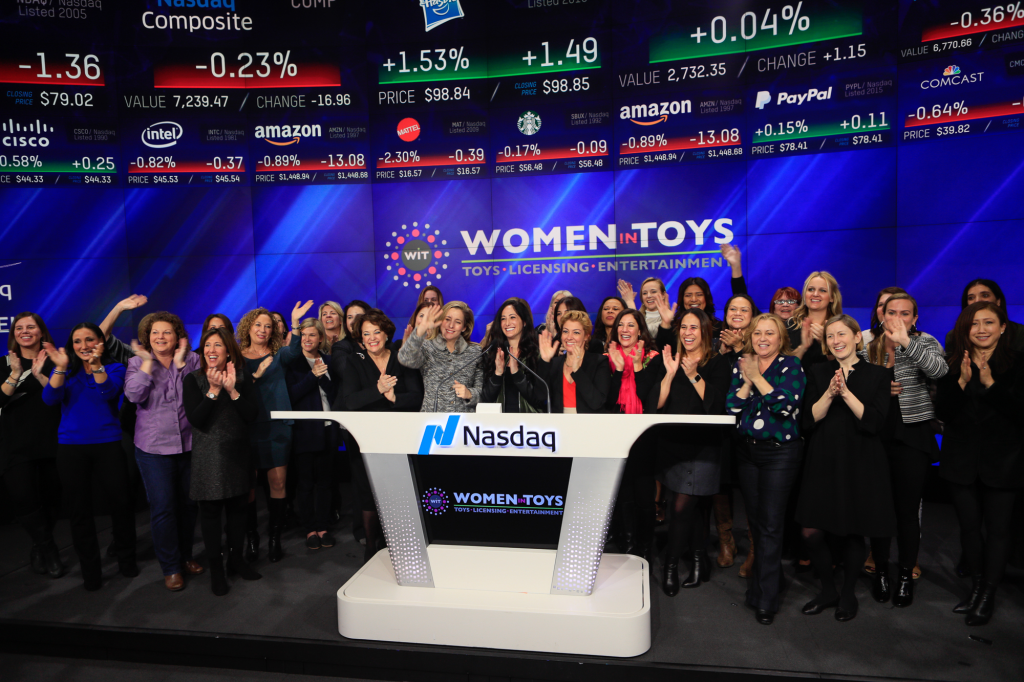 Women In Toys (WIT) visited the Nasdaq MarketSite in Times Square yesterday, February 16, to ring the closing bell tomorrow in honor of the upcoming Wonder Women Gala this weekend and New York Toy Fair. In honor of the occasion, WIT President Ashley Mady rang the bell surrounded by other WIT members invited to attend.

Cra-Z-Art announced plans to develop the World’s Largest Puzzle. The company will develop the puzzle with one of its brand licensing partners, Eastman Kodak Company. The puzzle will be approximately five feet by 30 feet and will include 50,000 pieces, featuring photographs from around the world.

Last year, Cra-Z-Art began a strategic brand licensing agreement with Eastman Kodak Company to produce and distribute puzzles in the U.S. The puzzles feature photo imagery and are currently available in various size piece counts from 100 to 2000. In 2016, Cra-Z-Art entered the puzzle category with the strategic acquisition of Lafayette Puzzle Factory, a leading manufacturer of artfully designed puzzles in the U.S. Its Kodak puzzles are manufactured in the U.S. and “The World’s Largest Puzzle” is expected to be available at major retailers later this year. The company plans to have the Guinness World Records officially designate the puzzle as a record breaker.