Jazwares has acquired a majority interest in Zag Toys, a division of Zacks Enterprises. Zag Toys is a leader in the collectibles business, specializing in the licensing, design, and sourcing of on-trend products and toys.

Judd Zebersky, Chief Executive Officer and President of Jazwares, commented, “Driven by the creativity of its principals, Judd Karofsky and Stacy Larsen, Zag Toys has built an impressive reputation in the industry for transforming some of the hottest pop culture and gaming brands into collectible toy lines. We are excited to partner with Zag Toys and believe our two companies share deep-rooted principles focused on creating quality products that speak to fans of all ages. Together, we will be able to further expand the 360 degree toy experience.”

The Toy Association Elects Five New Members to Board

The Toy Association announced the election of five new members to its Board of Directors for two-year terms expiring in February 2020. The meeting also elected Bob Wann, Chief Play Monster of PlayMonster, as chairman of the board, following the retirement of its current chairman, David Hargreaves of Hasbro. The announcement was made at The Toy Association’s Annual General Meeting, which is open to all Toy Association member representatives.

Wann has more than 35 years of experience at both Fortune 500 and entrepreneurial/start-up companies in the U.S and internationally. Through strategic brand and product development, combined with creative marketing, he has overseen the development and growth of some of the most recognized brands in toys and consumer packaged goods, and is widely recognized as a creative thinker and marketer, having developed award-winning programs such as Family Game Night and Get Together Games.

During the meeting, four candidates were elected to serve their first terms on The Toy Association’s Board: Michael Keaton, president, Schleich North America; Tim Kilpin, president and CEO, consumer products division of Activision Blizzard; Andrew Quartin, CEO, Thames & Kosmos; and Andrew Weiner, president, Toy’n around. In addition, Smith Holland Jr., president and CEO of Crayola, has been elected to his first full term, after joining the Board in 2017 to fill a vacant seat.

Former chairman David Hargreaves of Hasbro and Shirley Price, The Toy Association’s former secretary-treasurer and president and COO, Funrise Toy Corporation, will depart the Executive Committee and Board. Board member Jeffrey Kennis, president, Enchanted Moments has concluded his third term, and William To, president, VTech Electronics North America, will depart the Board concurrent with his retirement. In addition, Al Verrecchia has concluded his term of service on the Association’s Advisory Committee, while Honorary Advisors Alan Hassenfeld, Hassenfeld Family Initiatives, and Neil Friedman, president and CEO of Alex Brands, also concluded their terms. 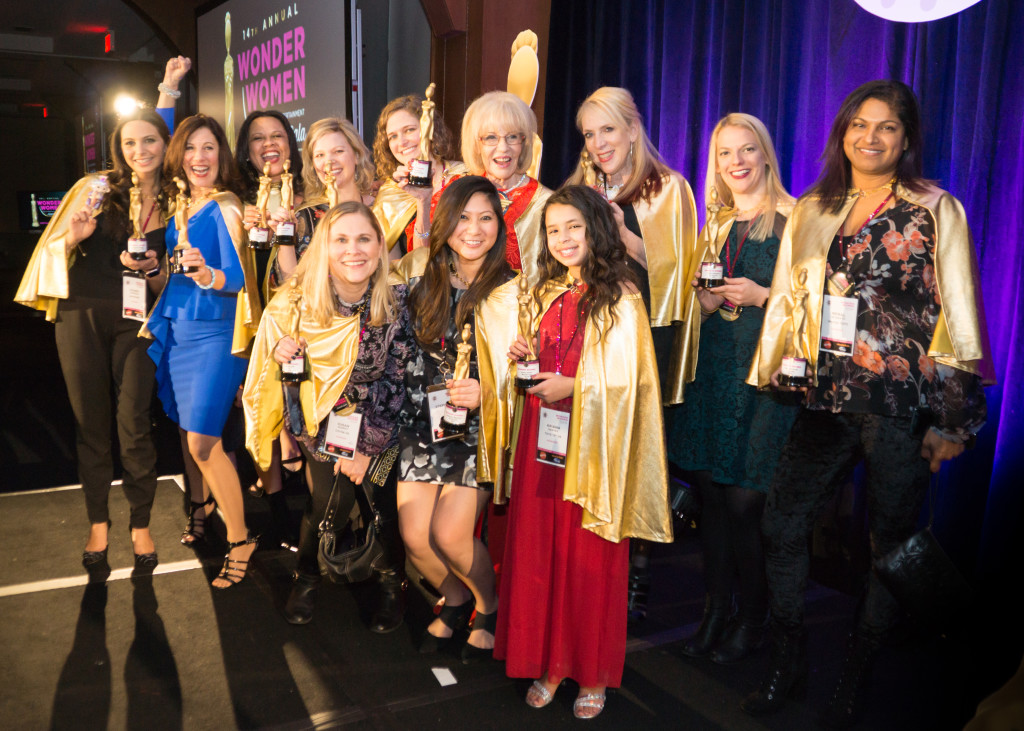 Women in Toys, Licensing and Entertainment (WIT) held its 14th annual Wonder Women Awards Gala on Sunday, February 18, coinciding with the 2018 New York International Toy Fair. The Gala celebrated industry trailblazers for their contributions in toys, licensing and entertainment across a variety of disciplines.

In addition to the Wonder Woman Awards, WIT celebrated several honorees at their Gala: Norma Rosenhain, Creata CEO, with the Lifetime Achievement Award; Nancy Zwiers, executive vice-president and global CMO at Spin Master, with the Elise Lachowyn Mentorship Award; and the Wonder Girl Award was given to the Toys “R” Us President of Play, 12-year-old Ariana Gentry. WIT also presented scholarships to 10 college students, made possible through the WIT Foundation’s Scholarship Program.

2018 marked the second year of WIT’s Superhero Circle program, which is a means to make personal donations in support of WIT’s programming, initiatives, and scholarship program. Donations may be designated to honor the memory of loved ones.

WIT’s mission is funded through the support of its industry sponsors for 2018, including Mattel, Nickelodeon, Disney, Spin Master, Hasbro, Bandai Foundation, Jazwares, PlayMonster, and other companies.

Guests in Toy Story Land, which is located at Disney’s Hollywood Studios, will feel like they have shrunk to the size of a toy as Woody, Jessie, Buzz, Slinky Dog, the Aliens, Green Army Men, and other Toy Story characters come to life in the larger-than-life outdoor setting of Andy’s backyard.