The Comcast Corporation released the following statement regarding the potential to acquire 21st Century Fox.:

In view of the recent filings with the U.S. Securities and Exchange Commission by The Walt Disney Company and Twenty-First Century Fox in preparation for their upcoming shareholder meetings to consider the acquisition of Fox by Disney, Comcast confirms that it is considering, and is in advanced stages of preparing, an offer for the businesses that Fox has agreed to sell to Disney (which do not include the Fox News Channel, Fox Business Network, Fox Broadcasting Company and certain other assets). Any offer for Fox would be all-cash and at a premium to the value of the current all-share offer from Disney. The structure and terms of any offer by Comcast, including with respect to both the spin-off of “New Fox” and the regulatory risk provisions and the related termination fee, would be at least as favorable to Fox shareholders as the Disney offer.

While no final decision has been made, at this point the work to finance the all-cash offer and make the key regulatory filings is well advanced.

The winners of the 2018 LIMA International Licensing Awards were announced during opening night of Licensing Expo. 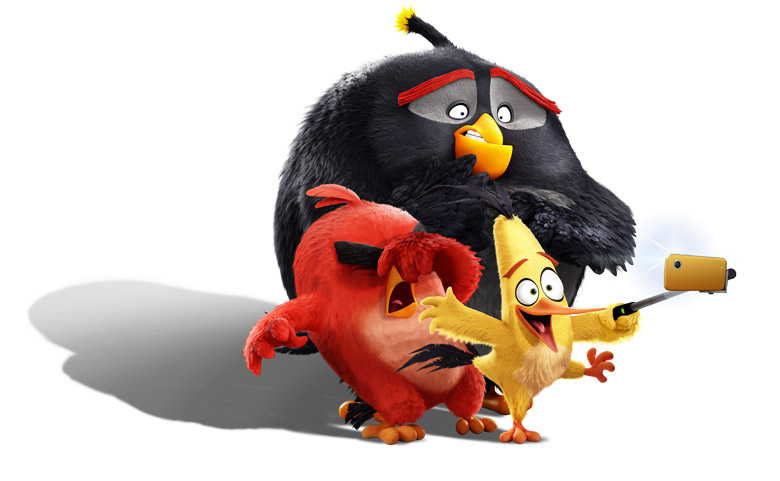 In addition to the animated sequel being released globally by Sony Pictures Entertainment, Rovio is developing a long-term and diverse slate of entertainment touch points for fans. Highlights include the development of a new long-form animated series which is planned to be released in 2020; an unscripted competition TV series; new live stage shows; location-based entertainment; and original live-action and animated content for the Angry Birds YouTube channel, which has more than 2.3 million subscribers and monthly viewership of nearly 200 million minutes.

The September 2019 theatrical release of The Angry Birds Movie 2 is swiftly followed by the landmark 10th anniversary of the original Angry Birds in December 2019. To date, the Angry Birds family of games have amassed four billion downloads since 2009. Throughout 2018, Rovio will continue its games event and partnership program developing bespoke in-game content for new brand partners. Some previous collaborations include the 2018 NFL Super Bowl, Iron Maiden and Everton Football Club.

Heading into Shark Week’s 30th anniversary in July, Discovery has lined up a roster of merchandising including co-brands such as Swedish Fish candy by Mondelēz International, Build-a-Bear, and vineyard vines, as well as multiple categories of product including food, toys, and tech products. Walmart is also on board as a premier Shark Week retailer. Princess Cruises will be transforming Shark Week into a full season with its first-ever Summer of Shark.

With a presence in 220 countries around the world, Shark Week takes viewers on a week-long journey every year to the depths of the sea to uncover the secrets of the ocean’s top creature.

Beginning in late May, Build-A-Bear will offer two exclusive Shark Week furry friends, a Make-Your-Own Great White plush, and a Make-Your-Own Hammerhead plush along with coordinating clothing options, including two tank top and board short sets and a Shark Week Hoodie.

Swedish Fish candy, the official candy sponsor of Shark Week, has partnered with Discovery on a 360 partnership reaching fans in-stores, traditional spots, sweepstakes and a new mobile game, Swedish Fish Chomped. The game, developed by Vayner Media, allows users to act as a shark, trying to eat as many Swedish Fish candy as possible without chomping any coral or jellyfish. In the game fans can also enter a sweepstakes for a chance to win a shark encounter opportunity in Hawaii with round-trip airfare and hotel accommodations.

Walmart will have an in-store pallet train jam packed with products. Beginning July 9, Walmart will offer an array of new products from toys to tees and towels to snacks, books, and DVDs. In select doors, products will be uniquely merchandised on a life-sized shark tank complete with a shark tank photo booth, providing shoppers with a unique experience they can share via social media, including Instagram and Facebook. In addition, shoppers will enjoy an exclusive, in-store augmented reality experience.

As part of its Discovery at SEA Program in partnership with Discovery, Princess Cruises will celebrate a summer of Shark Week with a variety of events, promotions, themed culinary offerings and exclusive on-board festivities all surrounding Shark Week on seven ships sailing into Alaska, the Caribbean, and the British Isles. Guests embarking on Caribbean Princess Cruises sailing from June through September out of Fort Lauderdale will experience a fully immersive experience. Cruisers will be greeted with a myriad of Shark Week themed experiences, featuring designed public spaces including elevators, restaurants and casino tables all celebrating 30 years of Shark Week.

Additionally, Bulu will be unveiling an official limited-edition Shark Week Box full of Shark week apparel, goodies, and collectibles. Everi will offer new Shark Week-themed slot machine games in select casinos. Shark Strike, the official app of Discovery’s Shark Week, will be available in the Apple App Store and Google Play. Books will be made available through partnerships with Feiwel & Friends and Time, as well as a special collector’s issue magazine with Topix Media Lab, Sharks: The Definitive Companion.

LGBT Media, the company behind city building game QutieLife (formerly PrideFest) and the inclusive social app LGBTQutie announced a new crowdfunding campaign to further accelerate LGBTQutie’s growth and expansion, including internationally. Hosted by StartEngine Capital LLC and supported by strategic partner Atari, the crowdfunding campaign will provide an opportunity for anyone to invest in helping expand LGBTQutie, a social app that facilitates meaningful relationships and connections for the LGBTQ community.

LGBTQutie was created after the co-founders recognized that most dating apps either cater to heterosexual relationships or focus solely on gay men or lesbian women. In addition, most current dating apps are hook-up based, making it frustrating for LGBTQ people looking for long-term relationships, friendships or meaningful connections. For these reasons, there was a need for a more inclusive, relationship-focused app for the LGBTQ community.

As more than just another dating app, LGBTQutie is a comprehensive and specialized platform that was made with the entire LGBTQ community in mind. It provides users with content that is relevant to them, including LGBTQ news, blogs and events. In addition, the app is unique in that it provides users the ability to send in-app video messages to one another as a means of user verification.

“We’ve been extremely proud to work with LGBTQutie ever since establishing our partnership,” says Fred Chesnais, CEO of Atari. “We feel it’s important to support LGBT Media Inc. and hope everyone will join us in this effort to further strengthen LGBTQutie’s growth and influence among the LGBTQ community.”

“We are thrilled to have Atari behind us in this endeavor,” added Jordan Weiss, co-founder of LGBTQutie. “We have developed a great partnership with them in the past year and it means a lot to have their support in this meaningful and socially-impactful endeavor.”

The LGBTQutie crowdfunding campaign is available for a limited time on StartEngine.