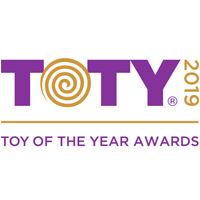 Nominations for the 2019 TOTY Awards are Now Open

Nominations for the 2019 Toy of the Year (TOTY) Awards open today, August 1, and close Thursday, September 20.

Toy companies, inventors, and other industry representatives can submit their products for consideration across 17 TOTY categories via the nomination form available at TOTYAwards.org. Companies will also receive a nomination link via email from The Toy Association.

Finalists will be revealed on November 12. At that time, voting will open to retailers, media, Toy Association members, and consumers (at ToyAwards.org) through January 6, 2019.

One winner in each category will be announced at the TOTY Awards ceremony on Friday, February 15, 2019 at the Ziegfeld Ballroom in New York City. This includes  the People’s Choice award, which is based solely on consumer votes, and the overall Toy of the Year winner, which is chosen by a panel of experts.

The TOTY Awards gala kicks off New York Toy Fair week with a celebration honoring the top new toys in the marketplace, the industry icons being inducted into the Toy Industry Hall of Fame, and the work of The Toy Foundation.

For the full list of TOTY categories and for more information, visit the TOTY website. The TOTY Awards is administered by The Toy Association. The awards program supports the philanthropic work of The Toy Foundation, which delivers new toys to children in need. 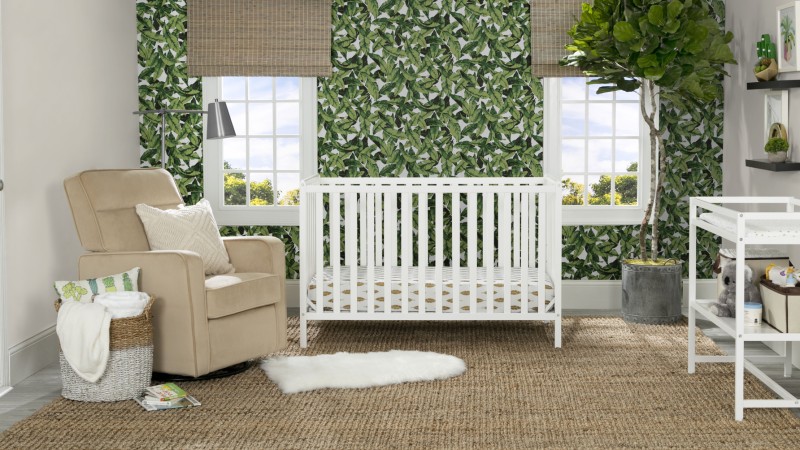 Walmart rolled out a new shopping destination in the baby department. Focused on items for the nursery, customers can browse and discover Walmart.com’s nursery offerings with new “shop by style” options across an expanded assortment of baby products.

The new destination features the ability to shop hundreds of baby items through six curated collections of the most popular styles of nursery décor: Wanderlust, Boho Chic, and Mid-Century Modern, as well as timeless options for baby boy, baby girl, and gender-neutral nurseries. The experience also includes the ability to shop spaces in the room such as nursing, diaper changing, and closet storage.

The new, dedicated nursery experience seeks to complement Walmart’s broader baby assortment online, which the company has been growing aggressively, adding more than 30,000 new items over the past year. This includes Chicco car seats and strollers, Delta Children products, Skiddaddle by Skip Hop baby accessories, the SNOO Smart Sleeper bassinet by Happiest Baby, and Water Wipes. It also follows efforts to create a new in-store experience in the baby department in more than 2,000 stores nationwide.

Asmodee North America CEO to Step Down, Company to Restructure

Christian T. Petersen announced he will step down from his role as CEO of Asmodee North America at the end of 2018.

Petersen founded Fantasy Flight Games (FFG) in 1995 and served as its CEO until FFG’s merger with Asmodee in 2014, at which time he moved into his current role.

“After nearly 20 years with FFG and four years with Asmodee, I’ve seen our market go through tremendous change and amazing growth,” he says. “Tabletop games have been accepted into the fabric of society and represented in pop culture more positively than anyone could have hoped for when I joined the industry. I feel fortunate to have experienced this phenomenon first-hand, and to have been part of such an incredible journey.”

The games to be released from its U.S. studios over the next 6-12 months represent the final game products in which Petersen has played a part. During his tenure, Petersen provided vision, guidance, and creative input on hundreds of game titles, and served as the lead designer on several, including Twilight Imperium and A Game of Thrones: The Board Game. As a business leader, Petersen was among the first to pioneer international co-manufacturing of U.S. tabletop games, and forged successful alliances, partnerships, and licensing relationships with a wide array of persons and organizations. 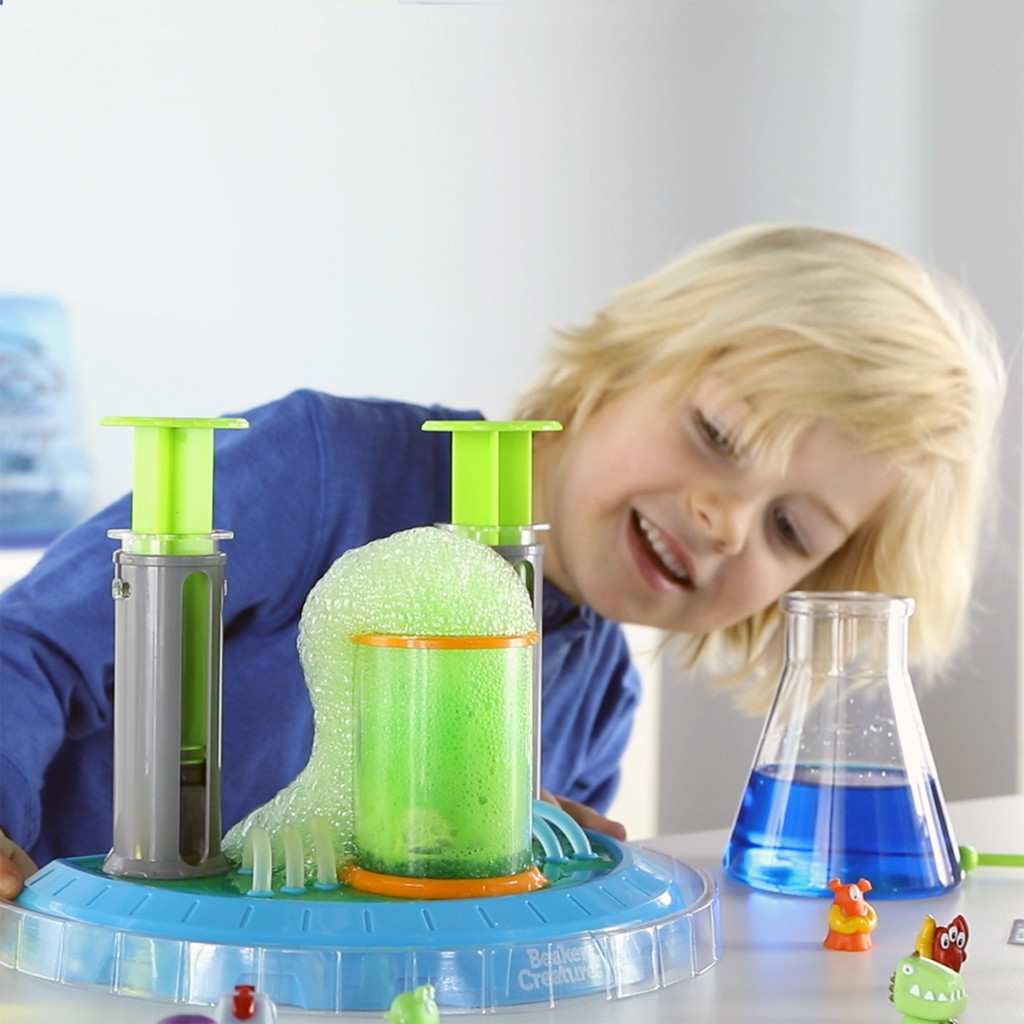 Learning Resources has launched a Beaker Creatures Create a Creature Contest, inviting kid fans to step into the laboratory to create new creatures for subsequent series of the collectibles line.

All ages are invited to design their own Beaker Creature collectible now through August 15. Ten finalists will win $250 Beaker Creatures prize packs, and one grand prize winner will get the opportunity to work with the Learning Resources team to turn his/her design into a real toy.

With more than 40 YouTube videos and 20 million views featuring Beaker Creatures posted to date, Learning Resources is also partnering with Twin Toys Access and David’s TV around the contest. The two channels will document their own creature creations and contest entries at the Twin Toy Access and David’s TV YouTube channels.

The 2018 categories now open for nomination by all members of the toy and gaming industry include:

Five finalists for each of the six categories will be announced on September 17, at which time voting will open to the general public, media, and industry.

A separate committee of industry experts will determine the honorees for the following closed TAGIEs categories: 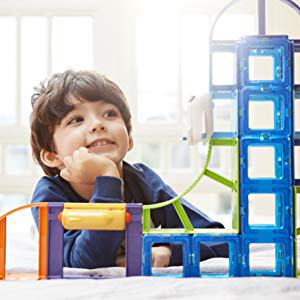 Magformers Gets STEM.org Seal of Approval

STEM.org recognized Magformers’ direct and indirect rolls in the educational eco-system. The STEM.org organization serves more than 4,500 schools, districts and organizations across America, as well as in 24 other countries.

Tonner-One World Holdings commenced the filing of its pre-merger financials with OTC Markets and will begin work on corporate actions with the state of Nevada and FINRA in order to institute name and ticker symbol changes.

The board of directors of TONR commented: “Getting to this day has taken more time, effort and capital than we originally anticipated, and we are very happy to begin uploading the financials on the OTC Markets today. We have an aggressive internal schedule of filing the remaining pieces as well as the required legal opinions in rapid succession as we take steps on our journey of not only removing the OTC stop sign, but also having the years of financials audited to achieve our goal of being a fully SEC-reporting company and up-listing on the OTC Markets. We are immensely grateful for all of the effort and work that our financial and legal teams have put in to get us to this day, additionally the effort and time from the previous company management was vital to our being able to complete these pieces.”

The annual event provides backpacks filled with new school supplies to hundreds of children living on or below the poverty line who would otherwise not have the means to obtain these necessities. The Tools for School Event also provided children and their families access to community resources.

Pai Technology hosted a play station where kids could engage in educational summer activities and play with the company’ STEM products, including Augie and Circuit Conductor.