Global Toy Sales Grow 4 Percent in First Half of 2018

Across the 13 international markets tracked by The NPD Group, toy industry sales reached $18.4 billion in the first half of 2018, up four percent over last year.

Mexico had the fastest growth, up 15 percent, while Brazil followed with 11 percent growth, and the U.S. up seven percent. Europe posted a one percent decline as growth in Germany, Russia, Italy, and Spain was offset by slight declines in other countries.

Traditional play patterns, collectibles, social media, and innovation are the notable themes trending globally, all of which are anticipated to continue to accelerate. “More than entertainment, brands have been an important trend to move the needle for the industry so far this year,” says Frédérique Tutt, global toys industry analyst at The NPD Group. “Some key themes have also emerged or have been increasing in popularity, such as dinosaurs and unicorns on the one hand, and slime or toilet humor on the other.”

The collectibles market continued to grow in the first half of 2018, led by L.O.L. Surprise!, ranked by the NPD Group as the No. 1 toy property in all 13 countries combined. Global sales of collectibles increased by 26 percent, and now account for 11 percent of dollar sales in the total toy industry. Led by Fingerlings, the youth electronics segment grew by 29 percent. Sales of miscellaneous toys grew by 12 percent, with the major drivers being Soft’n Slo Squishes, Major League Baseball cards, and Panini Russia 2018 World Cup stickers. Tying into the ‘kidult’ trend, the games segment (excluding strategic card games) grew sales by 12 percent with Monopoly, UNO, and Exploding Kittens among the contributors to its success.

NPD’s Global Toy Market Report highlights additional positive news for the industry. The report delves beyond the 13 markets and spans North America, Europe, South America, Asia, Africa, and Oceania. According to its findings, the global toy industry has been growing steadily since 2012, and so has the global spend per child. North America remains the largest region driven by the U.S. — the world’s largest toy market — while Asia is the strongest growth prospect, growing 21 percent in the last five years. NPD forecasts the global toy market to reach $99 billion in 2022. 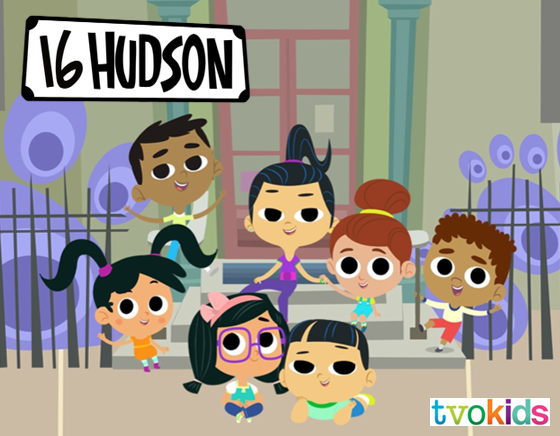 Big Bad Boo Studios’ new show “16 Hudson” debuts across Canada this fall with 39 seven-minute episodes and three holiday specials.
The 2-D animated preschool series premieres on TVOKids in the greater Ontario region on August 21, followed by Knowledge Kids on September 3. Further broadcast partners will launch later this year including SRC Radio Canada in French, ICI TV in Persian, and the SVOD channel Oznoz.
The show follows Lili, Sam, Amala and Luc as they explore their small neighborhood at “16 Hudson” and the theme of friendship. Holiday specials celebrate Chinese New Year, Diwali, and Persian New Year through their eyes.
“Airing the show in three languages across Canada alone is a testament to the nature of 16 Hudson. For the first time, we are normalizing families that you see every day in real life on TV,” said Shabnam Rezaei, creator/director of the show.

Big Bad Boo has plans to distribute the show worldwide in multiple languages, similar to its previous original shows “1001 Nights” and “Mixed Nutz”. They are also releasing free digital media components including three digital storybooks, three online games on TVOKids.org and at the show’s own website 16hudson.com. 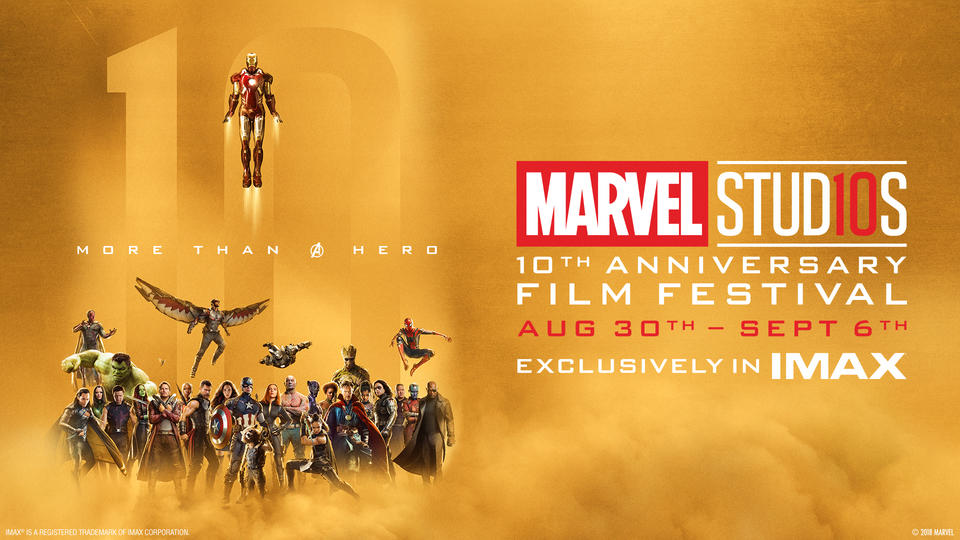 Beginning with Marvel Studios’ Iron Man through this year’s releases of Black Panther, Avengers: Infinity War, and Ant-Man and The Wasp, films will play exclusively in IMAX in select IMAX theaters across the U.S. and Canada. This also marks the first time Iron Man, The Incredible Hulk, and Captain America: The First Avenger will be available in IMAX.

The first five days of the Marvel Studios 10th Anniversary Film Festival will show all 20 films in release order, followed by two theme days centering around “Origins” and “Team Ups.” The film festival will conclude on the morning of September 6 with two films chosen especially by the fans. Voting is now open through August 17.

In celebration of the anniversary, fans can also expect exclusive consumer products and collectibles, along with in-theater events and more.

JCPenney announced the expansion of its baby selection to better reflect new merchandise categories that will offer parents a one-stop shop for their baby needs. The company has historically offered cribs, high chairs, strollers, and car seats at JCPenney.com. But now these items will be available in 500 JCPenney stores starting August 30, along with bottles, pacifiers, diaper bags, bouncer seats and activity centers from respected brands including Avent, Graco, Fisher-Price, Dr. Brown’s, Tommee Tippee, and Halo.

The new shops will feature updated graphics and signage and will be located adjacent to baby apparel, featuring an expanded assortment of Carter’s clothing along with Gerber and Okie Dokie playwear and sleepwear. Most of the product displayed will be stocked at the store so parents can take home their new car seat, stroller, swing or activity center the same day. Nursery furniture such as cribs and crib mattresses are available to take home the same day in select stores, while the remaining stores will arrange to have those purchases shipped directly to the customer’s home. Coordinating dressers, changing tables, and gliders are available at JCPenney.com.

The new baby shops will launch timed to the retailer’s annual baby sale later this month and will be promoted via a dedicated 12-page direct mail piece, showcasing the new baby product categories available in JCPenney stores.