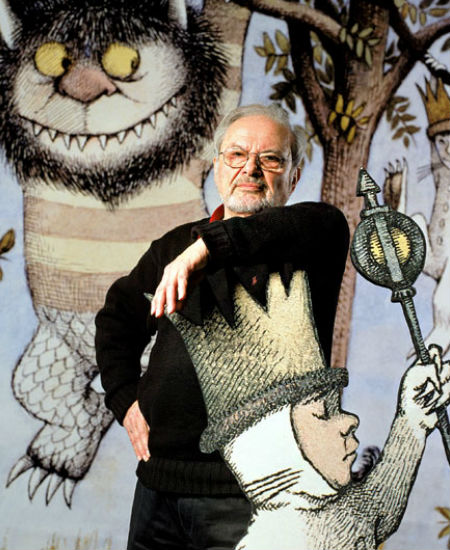 Previewed last night at a private event at the New York Public Library, The Maurice Sendak Foundation announced that it’s commissioned the first major and only full-length stage play adaptation of Where the Wild Things Are.

The stage adaptation follows a 1984 opera and 2009 film based on the classic children’s story. The New Victory Theater (a project of The New 42nd Street), New York City’s performing arts nonprofit entirely devoted to kids and families, has committed to produce the play, marking its first foray into original production. The creative team for the production is in formation and will be announced at a later date.

The Foundation commissioned Sendak’s friend and collaborator, Arthur Yorinks, to write the script. “Maurice and I believed that good theater for a family audience should not talk down to its audience and should in no way diminish what is presented for the sake of its audience,” says Yorinks. “The New Victory Theater has always been aligned with us and agree that what matters is the quality of the work. The Maurice Sendak Foundation feels that there could not be a better organization to produce this important play.”

Earlier this month, HarperCollins published Presto and Zesto in Limboland, a book discovered years after Sendak’s passing, co-authored by Yorinks. This is the third book collaboration for Yorinks and Sendak, predated by The Miami Giant (1995) and Mommy? (2006).

As previously announced, the University of Connecticut will also house all Sendak’s book art in the Northeast Children’s Literature Collection by March 2019. Construction on an archive attached to Sendak’s Connecticut home has also been completed and will open to the public, by appointment only, in late 2019. This archive will house the rest of Sendak’s art. The Sendak Fellowship & Workshop will continue in 2019, taking place on the grounds of his home.