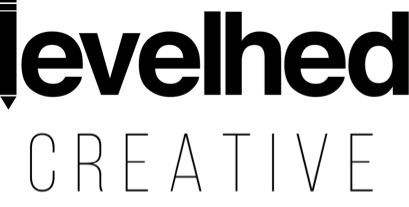 With Nelson’s extensive network from his previous years in the industry, he has a strong client base to build from including Zing, YULU Toys, Hog Wild Toys, and several other distributors and retailers.

Nelson believes there are two major elements that sell toys online or at retail: design and copywriting. The design is enough to get the consumer to pick up the product or click on the image, but from that point forward it’s the copywriting text that really drives home the sale. “Design is the hook, but copy is the closer,” says Nelson.

Levelhed Creative stresses the importance of digital optimization—all its client work is geared towards mobile and the Levelhed team offers expertise in how to successfully market a toy in the competitive digital battlefield.

To find out more, visit www.Levelhed.com or email Levin@levelhed.com for inquires.

In this newly created role, Ring will oversee domestic production for scripted, unscripted, short-form, and live events across Viacom’s brand portfolio—including Comedy Central, MTV, VH1, CMT, TV Land, Nickelodeon, Paramount Network and BET, and the studio production units launched by Comedy Central, MTV and Nickelodeon —as well as for Viacom Digital Studios. She will work closely with creative executives, producers, and other partners across the organization to manage all aspects of Viacom’s production needs, from development to post-production, including with respect to budgeting, scheduling and staffing.

Ring most recently served as senior vice-president, production, Comedy Central, Paramount Network, TV Land and CMT. Before joining Comedy Central in 2003, Ring was a freelance producer/line producer with a focus on independent dramas and children’s entertainment, often involving production overseas. She began her career at Fast Forward Productions, a post-production facility, before holding a staff position with the independent production company Tapestry Films. She has also been involved with projects at iFilm.com and Fox TV Studios.

The appointments align strategically with the company’s goal of continued double digit revenue growth as it expands into new product categories and digital content. The management team was expanded to support three key initiatives:

1. Significantly grow our sales and marketing capabilities in North America and Europe.
2. Strengthen our product development pipeline and bring innovative new products to market quicker.
3. Develop new ways for our consumers to connect with our brands digitally.

The executive appointments are:

Fabian Gruber was named General Manager Hong Kong/China. Prior to joining YULU, Gruber worked in the retail landscape as well as with different European toy companies. He has an MBA from the Hong Kong University of Science and Technology.

Gijs Verhoeff joins the YULU team as the new General Manager, Europe. Verhoeff brings strong sales, partnership building and industry knowledge to the company thanks to his experience working at Jumbo, and more recently as head of buying for Bol.com.

Bob Aniello joins YULU as General Manager, North America and will be based in the company’s new Los Angeles offices. Bob has more than 20 years’ experience in sales and marketing innovation in the media, entertainment, and toy industries. Prior to joining YULU, Aniello worked as vice-president, marketing at Mattel, and Electronic Arts. He launched several T.V. show franchises globally including the Emmy nominated Mutt and Stuff show on Nickelodeon.

YULU is a privately-owned international toy and entertainment company based in Hong Kong with marketing and sales offices in Europe and North America. The company was formed in 2015 by co-presidents Jochem van Rijn and Thijmen de Schipper. YULU products are available in both mass merchants such as Target and Walmart, online retailers, as well as specialty stores.

Baskin has worked extensively in the toy industry, helping propel brands at Hasbro such as G.I. JOE, and expanding the preschool toy line at LeapFrog. She brings an extensive expertise in digital and social media marketing, having led marketing for major brands at e-commerce giant Shutterfly and mobile gaming publisher Scopely.

With a vertically integrated operation and its own manufacturing operations, Far Out Toys plans to complement the company’s focus on new invention, IP creation, and manufacturing credentials by adding significant marketing capabilities.

Far Out Toys will debut an extensive range of products for fall 2019 in key areas including games, vehicles, boys’ action, girls’ activities, and tech toys.