The World of Eric Carle kicks off its anniversary celebration this month with retail and storytime events that focus on The Very Hungry Caterpillar.

The Very Hungry Caterpillar partners with Buy Buy Baby for a U.S. and Canada craft and storytime event, taking place on March 23. The event will include a free growth chart giveaway and raffle for prizes, along with costume character appearances in select locations. The event will be promoted across Buy Buy Baby in-store signage, email marketing, and social media platforms. 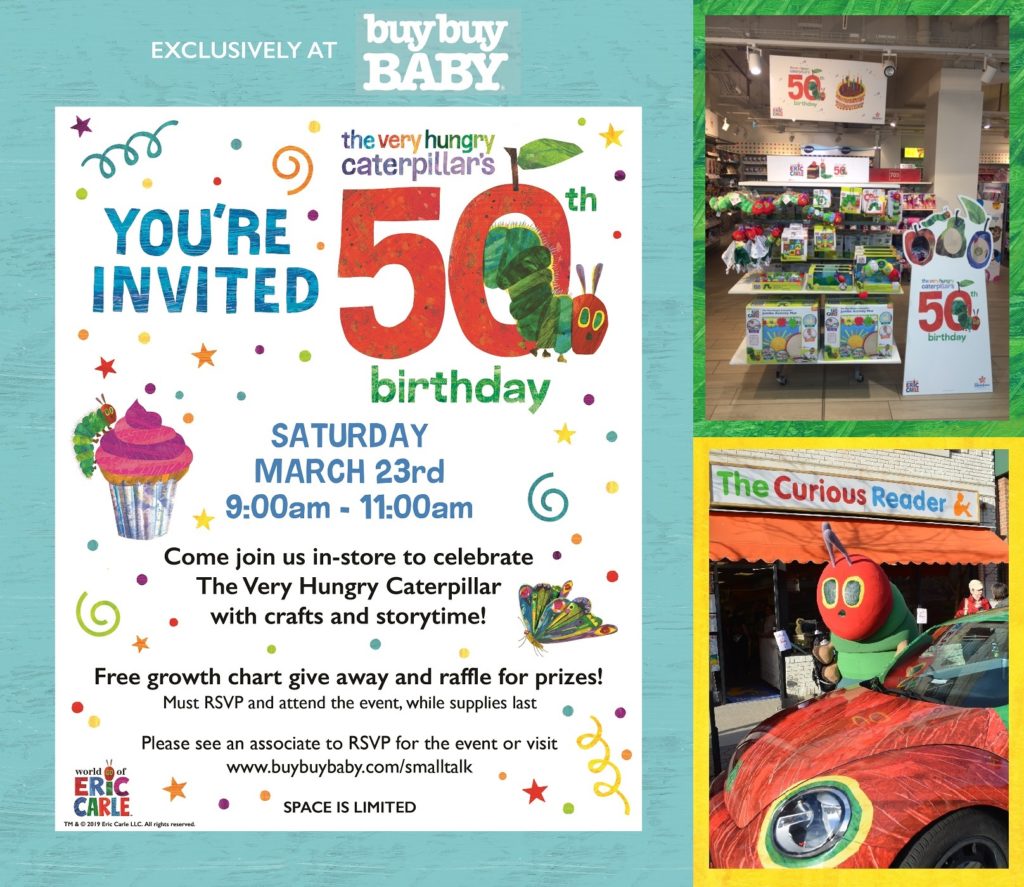 A U.S. publicity/in-store event tour with the Very Hungry Caterpillar costume character will visit 15 cities around the country in junction with Penguin Publishing.

All events will be promoted across World of Eric Carle social media channels and utilize the hashtag #VHC50 as well as be featured on the 50th birthday map on vhc50.com. Additional 50th birthday activities worldwide to be announced later this year.

The Very Hungry Caterpillar, one of the top-selling children’s books of all time, has been translated into 65 languages and has sold more than 50 million copies since its publication in 1969. The Joester Loria Group is the exclusive worldwide licensing agency representing The World of Eric Carle. In the UK, the program is managed by independent licensing company Rocket Licensing.