STEM leader Elenco is amped up for a full year of celebrations in 2022: the 50th anniversary of the company, 20 years of Snap Circuits and three Toy of the Year (TOTY) nominations. Celebrations have officially begun and will include monthly giveaways on the Snap Circuits social media channels, exciting partnerships and collaborations, and many more surprises to be announced in the coming months. Elenco will also be re-launching its flagship product, Snap Circuits Junior (SC-100) this spring in honor of its dual anniversaries.

“The Elenco Team is looking forward to our year-long celebration,” said Jim Cecchin, President at Elenco. “My father, Elenco’s founder, would be so proud to see this company continue to pioneer in the development and evolution of STEM education.”

Founded in 1972, Elenco began with humble roots in the Chicago-area basement of founder Gil Cecchin, an electrical engineer with a passionate belief that the best way to learn is by doing. Over the course of the next few decades, Elenco began supplying technical schools, colleges, and high schools across the country with educational kits and products that taught the basics of electronics and engineering, pioneering early STEM education. The Snap Circuits brand, first released in 2002, teaches basic engineering, electronics and circuitry concepts to kids through its unique technology, using building blocks that snap together to assemble electronic circuits on a simple “rows and columns” base grid. The line offers a wide range of kits, in various sizes and complexities, all with easy-to-follow project guides that make it fun for students of all ages to “Learn by Doing.”

The Snap Circuits Junior Discovery Kit inspires the youngest budding engineers, inventors and innovators to explore their curiosity and build their confidence with hands-on STEM play. With over 100 potential projects to create and explore – including AM radios, burglar alarms, doorbells, and even fun electronics games to play together – the re-launched anniversary edition is the perfect introduction to the world of Snap Circuits.

“The Junior is Elenco’s most popular and best-selling Snap Circuits kit ever,” said Linda Kramer, Vice President of Marketing at Elenco. “It has certainly stood the test of time and has set the standard for STEM toys within the industry.” 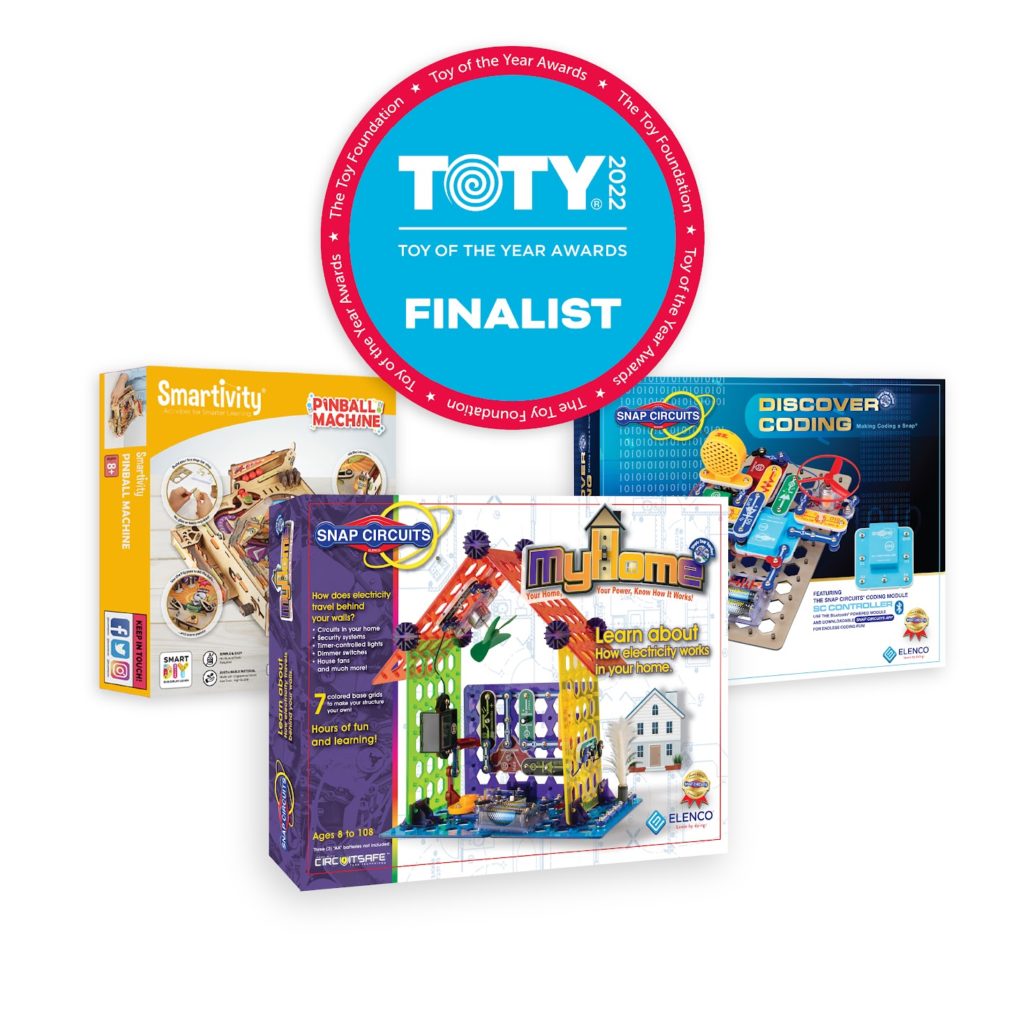