“Kartoon Channel! Kidaverse is expected to revolutionize children’s entertainment, because it will include all of the popular animated programs of a children’s channel, metaverse features and, most importantly, it will be fully curated and child safe,” said Genius Brand Chairman and CEO, Andy Heyward. “The single strongest message we receive from parents is the concern about safety for children on screens, whether it is program content or roaming around the internet and various apps. The premise of the Kartoon Channel! Kidaverse is to provide children with fun, positive, engaging digital media AND to provide them with a safe and parent-controlled product.”

In addition to the hit shows of Kartoon Channel! today, including Stan Lee’s Superhero Kindergarten, starring Arnold Schwarzenegger, Rainbow Rangers, Peppa Pig, PJ Masks, Minecraft, Surviving Roblox, My Little Pony, and Yu Gi Oh, Kartoon Channel! Kidaverse will add another 13,000 episodes under license to Ameba, including hit brands, such as Casper The Friendly Ghost, Donkey Kong Country, Gummy Bears, and Rescue Heroes. The platform will also become the home to the several thousand hours of animated content available through its recent acquisition of Canada’s WOW! Unlimited Media and strategic investment in Germany’s Your Family Entertainment (YFE). The Company believes this will make it the largest single children’s portal of animation in the world, with over 20,000 animated titles under license.

Ameba founder, Tony Havelka stated, “Ameba was the earliest independent kids’ streamer! We are thrilled to bring our technology, our content, and our team, to Kartoon Channel! Together, we look forward to launching the next generation platform for kids, embodying not just program content, but metaversal features and kid-safe messaging.”

“As Kartoon Channel! has grown, many of our viewers have asked for a commercial free version of the experience,” said Jon Ollwerther, Kartoon Channel! President. “While our free, ad-supported platform will still be available to consumers, the subscription-based Kartoon Channel! Kidaverse will address that market need, while also building the 360 degree kid’s digital media platform of the future. We believe it will be a unique entertainment experience that simply cannot be had anywhere else.”

Stanford University Professor Emeritus, Don Roberts, former Chair of the Stanford University School of Communications, and noted authority on the impact of media on children’s development, has worked with Genius Brands and Kartoon Channel! to ensure a Kidaverse Safe Content Code. The Kartoon Channel! Kidaverse platform will be first and foremost an environment of safety. “It’s a digital playground whose content and attributes will be fully supervised,” said Professor Roberts. “Absent will be bullying, violence, inappropriate language, or negative stereotypes. The programming ethos, like Kartoon Channel!, is one of enrichment for our audience.” 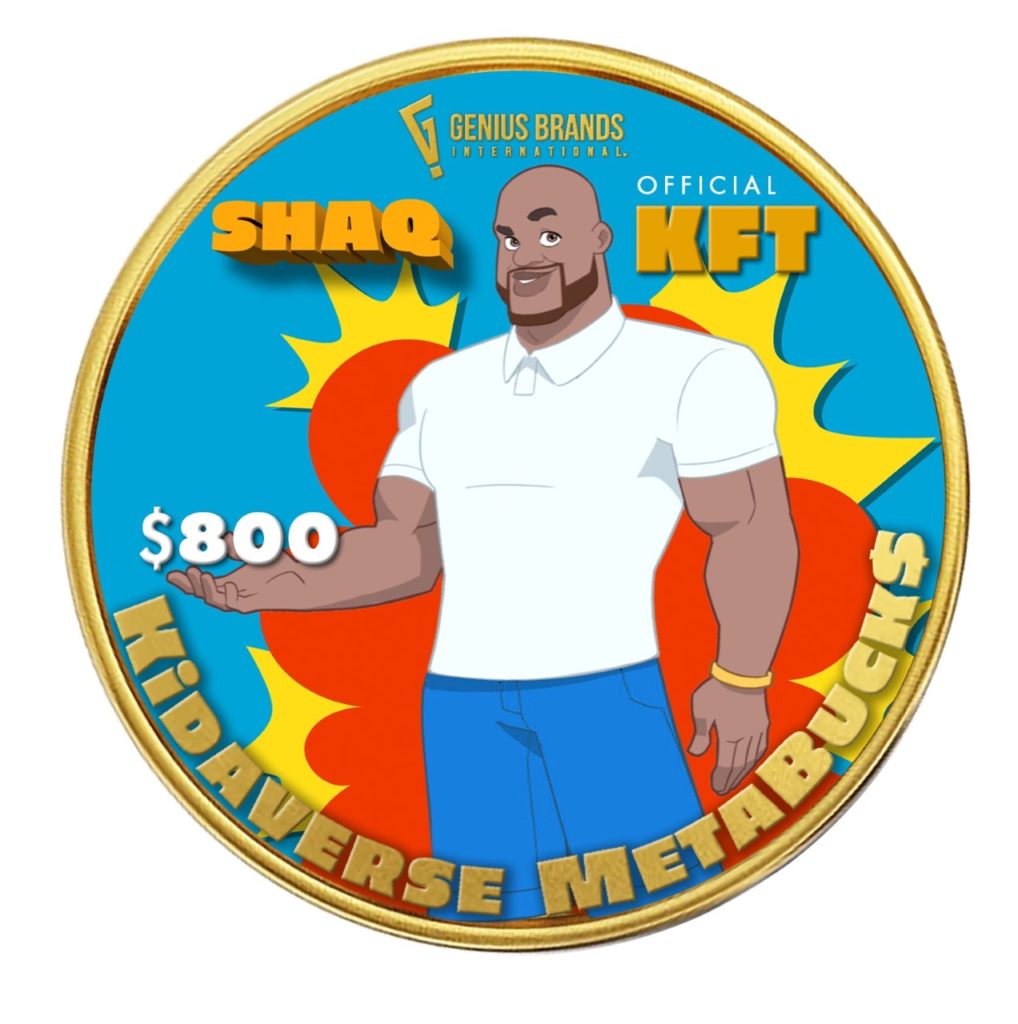