Cloudco Entertainment, owner of the venerable-but-irreverent Madballs brand, and The Topps Company, owner of the renowned-yet-over-the-top Garbage Pail Kids brand (“GPK”), have released much-anticipated limited-edition collaborations that fans of these iconic 80s brands have been eagerly waiting for. By playfully pitting the two “heavyweights of gross” against one another, licensees such as Chalk Line, Dynamite Entertainment, and Premium DNA have brought these brands back to life for the ultimate face-off.

For over three decades, Madballs and GPK have both been known as the “grossest of the gross”, co-ruling counterculture with their pun-heavy names and subversive humor. These collaborations feature all-new artwork that pit entire groups of Madballs and Garbage Pail Kids’ characters against one another, as well as individual characters from each brand, in fun, tongue-and-cheek ways.

“When the grossest, wackiest, and nastiest brands from the 80s collide, only awesomeness can follow. We have been having a blast working with top partners to deliver products that fans, current and new, young and young at heart, will love,” said Carlos Villagra, Creative Director of Cloudco Entertainment. “Creatively, this has been a dream project, featuring artwork from legendary artists from both brands, James Groman (Madballs) and Joe Simko (Garbage Pail Kids).”

Chalk Line’s limited-edition run includes a satin logo jacket and two styles of retro polyester shorts that prominently feature key Madballs and GPK characters. This July, Dynamite Entertainment will be releasing four comic issues that take fans all the way back to the first time Madballs and GPK meet as neighbors, and through their neighborhood spats, to simultaneous family reunions that could spark the final meltdown of the Madball vs. GPK feud or be the bridge they need to live creepily ever after. Premium DNA created a series of two-pack Madballs vs. GPK figurines, available for pre-sale now: (https://premiumdnatoys.com/collections/madballs-vs-garbage-pail-kids-wave-1). Each figure stands 6” tall and features MADular articulation for part swapping and customization. The first 1500 Madballs vs. GPK orders will receive a set of four Madballs vs. GPK trading card stickers in a vintage-style wax pack, with artwork by fan-favorite GPK illustrator, Joe Simko.

“Megafans have been asking for a Madballs and GPK ‘mash-up’ since both brands launched in the 80s, so it’s been a very long time coming. We’re grateful to Ira Friedman, our licensing partner at Topps, and our licensees for taking these timeless properties from two different universes and delivering a retro-cool program that’s leaving fans asking for more,” added Robert Prinzo, Head of Global Licensing for Cloudco Entertainment. 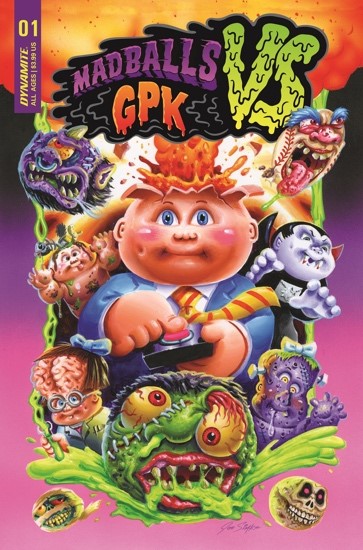 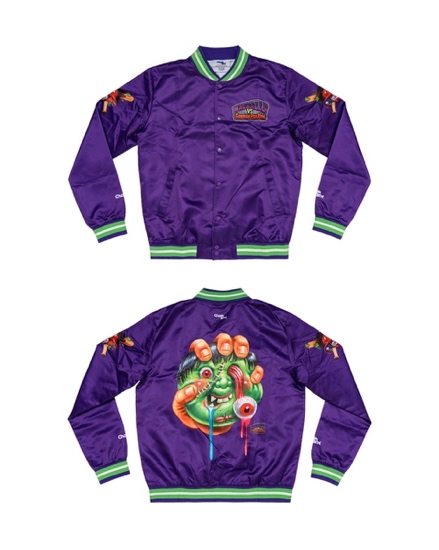 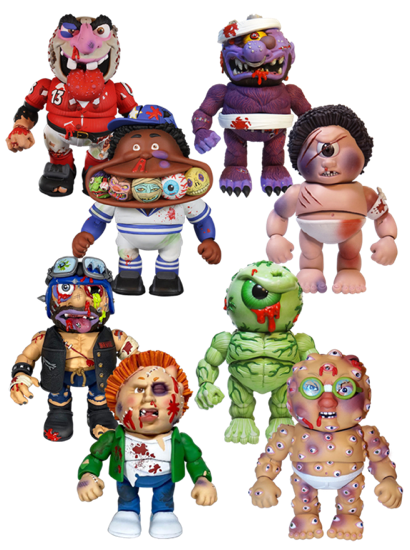