Funko Games has announced the upcoming Disney Hocus Pocus Tricks and Wits Card Game as part of the company’s annual halfway to Halloween celebration. The Sanderson Sisters are awake and brewing up trouble for Funkoween!

The newest game to join Funko Games’ nightmarish line-up transports players to Salem where everyone’s favorite witches are ready to put a spell on you! The fate of the neighborhood kids or the witches themselves depends on you. Work together to get the spell book before your plans run amok, amok, amok!

Watch your heart rate and check your closets as you peruse this year’s bag of ghastly goodies.

The Sanderson Sisters have risen again, and only Max, Dani, and Allison can stop them! Split into two teams—Kids versus Witches—and work together to outsmart your opponents with clever card play. Get the ghastly spellbook before the black flame candle burns out to win! 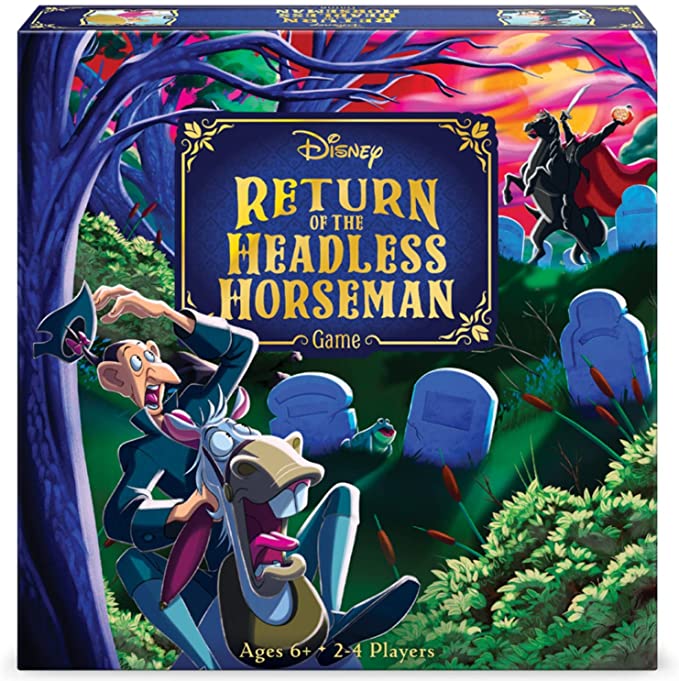 After midnight in Sleepy Hollow, the town comes to life with spooky sounds and creepy creatures! Ichabod is frightened and needs your help! Work together to get him to the covered bridge before the Headless Horseman heads him off! It’s a family game of frightful fun! 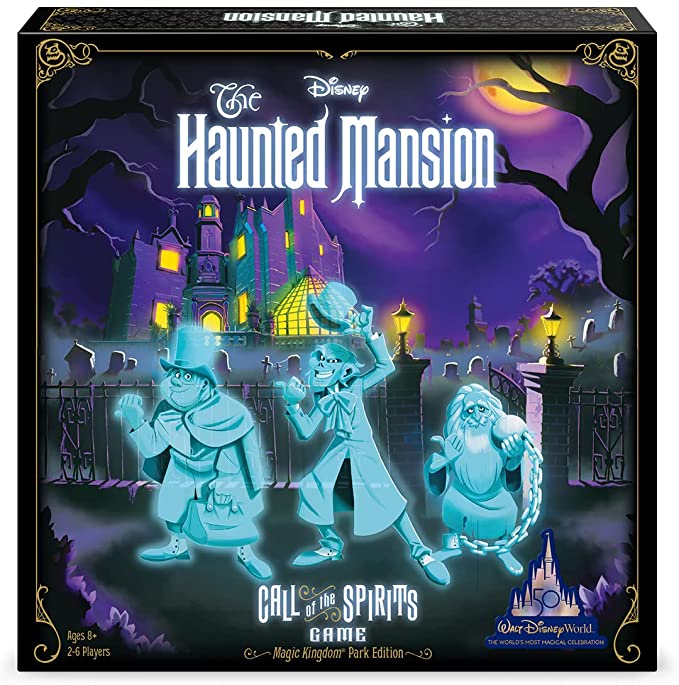 Disney’s beloved The Haunted Mansion comes to life—err, death—in this hauntingly fun family board game! Choose between the Disneyland and Magic Kingdom Edition and explore the the ghost-infested manor’s classic rooms, from the festivities-filled Ballroom to the Attic and out to the Graveyard and beyond in search of spirits. Beware, though, of the Hitchhiking Ghosts, who are notorious for “following you home” as that may spell your doom in the end! 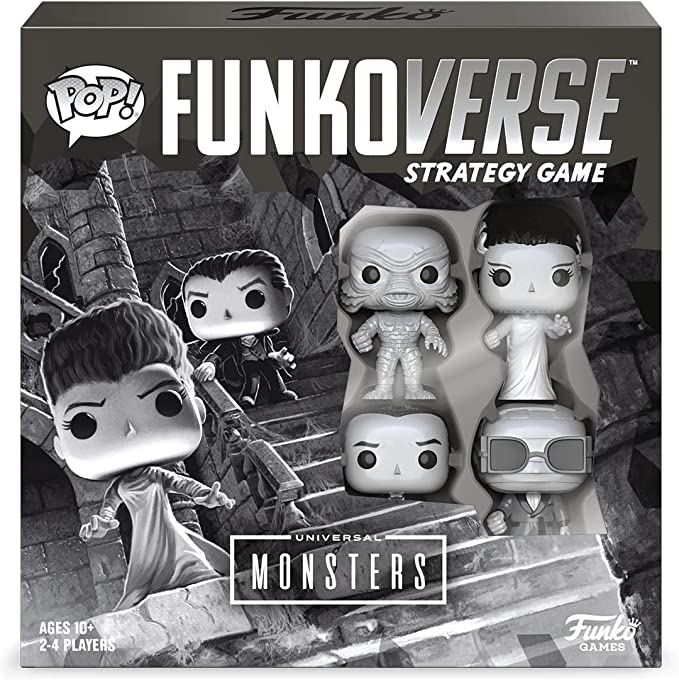 Face off in the ultimate Pop! battle. Combine your favorite characters and go head-to-head in four exciting game scenarios. Move through memorable locations — Dracula’s Castle or Frankenstein’s Laboratory — and use your characters’ unique abilities to capture points and achieve victory! 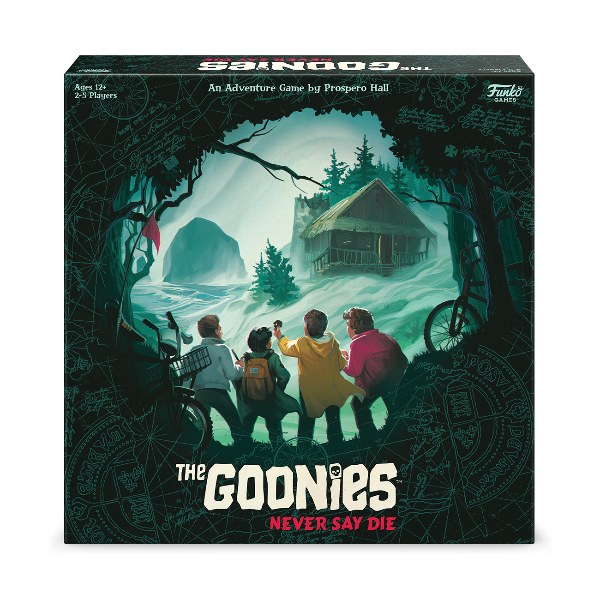 Embark on a perilous adventure full of dangerous booby traps and treacherous treasure-filled caverns! One player is the Goondocks Master, controlling fearsome foes, from the outlaw family, the Fratellis, to the legendary pirate, One-Eyed Willie. The other players take on the role of the Goonies — Mikey, Mouth, Chunk, Data, and Sloth — overcoming cryptic puzzles and deadly challenges with teamwork, strategy, and Data’s clever contraptions! Will the Goonies discover the legendary riches that will save their homes, or will they follow the fate of Chester Copperpot… and never see the light of day? 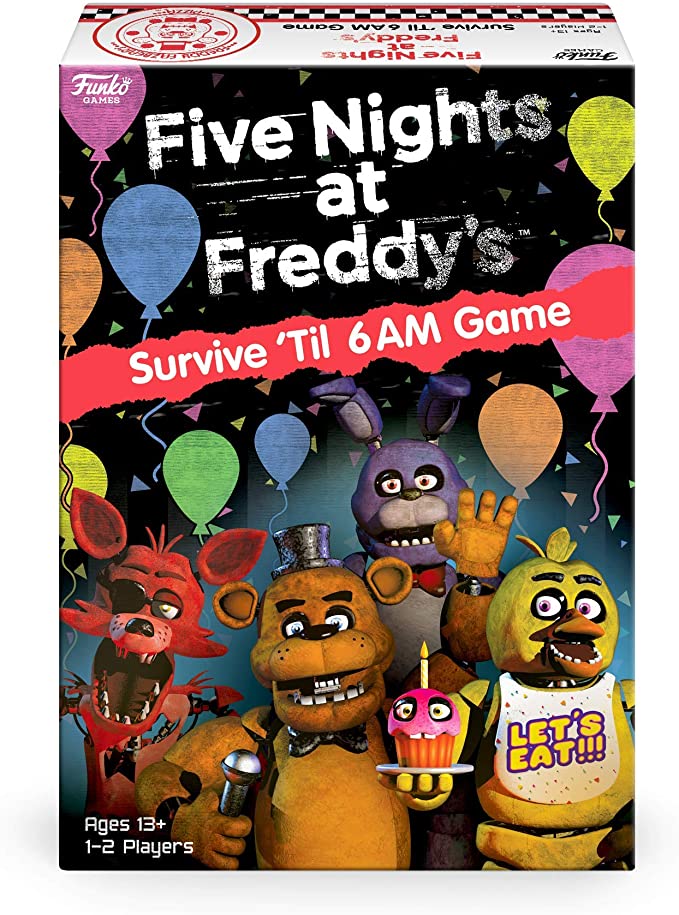 Five Nights at Freddy’s – Survive ‘Til 6AM Game

You are the night shift security guard for a Freddy Fazbear’s Pizza, and it is your duty to check the security cameras and keep the equipment in good, working order…. and beware the animatronics that activate on their own at night! Each turn you’ll check the cameras and react to the movements in the dark. Choose to turn on the lights or close doors to protect yourself—but watch out! Each reaction depletes your limited power. Keep Freddy and his friends out of your office until you can clock off at 6:00 am! 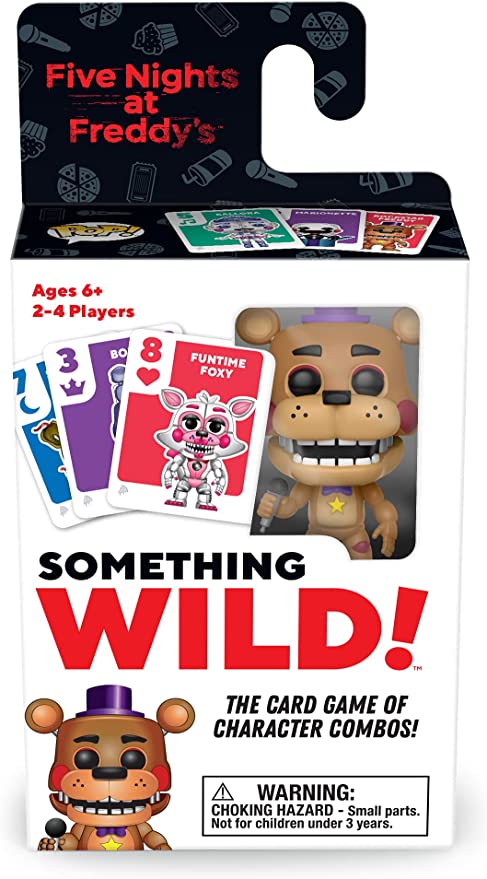 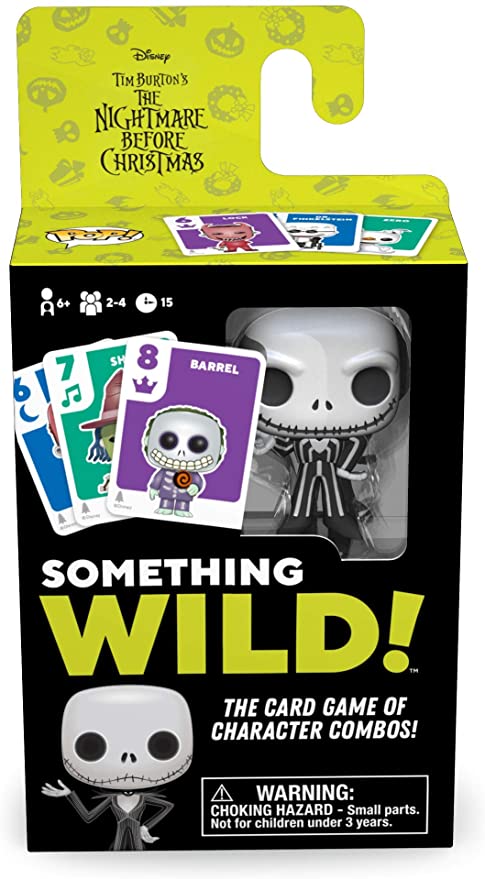 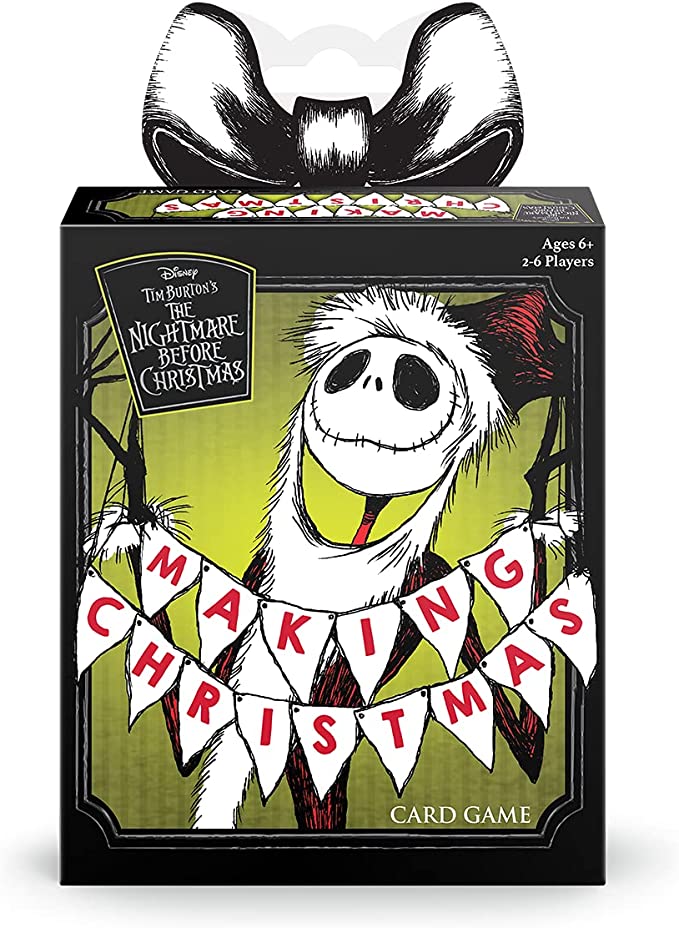 Gather toys from Halloweentown for Jack Skellington to deliver on Christmas. But the presents are in pieces! Look for clever combos on the workbench that will help you put the toys together. On your turn, swap two toy parts and use assembled toys to complete goal cards. Then refill the workbench, goal cards, and the toy-building continues to the next player! Hurry to put the toy parts together and be the player that completes the most goals to win! 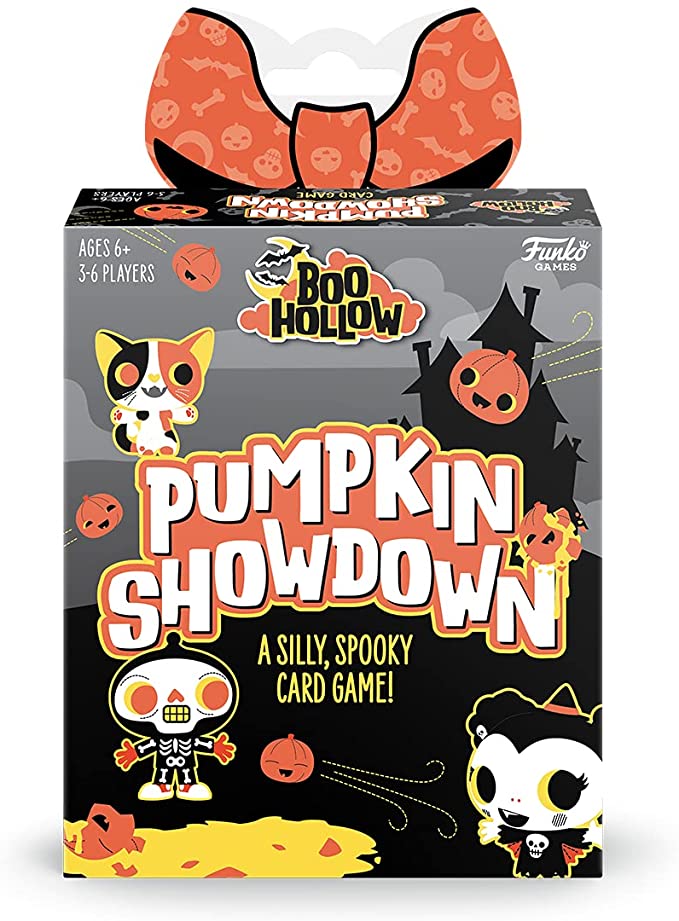 A fun, fast-paced card game featuring the spooky-cute characters from Funko’s Boo Hollow! Play Pumpkin cards to throw Pumpkins at the other players. Watch out—they can play cards right back! Roll the special die to grab more Pumpkins or dodge out of the way at the last second! Whoever gets hit with more Pumpkins takes a Hit card. Get hit three times and you’re out! Who will be the last one standing?