Fresh off their mano-a-shell battles with characters from one classic 1980s franchise, the Teenage Mutant Ninja Turtles return to the big hair era for another series of pop culture crossovers, this time with Street Fighter.

One of the most influential fighting game franchises of all time, the Street Fighter series charged onto the scene in 1987, quickly becoming a household name around the world with its captivating gameplay and iconic characters such as Chun-Li and Ryu. Now the team will face one of its greatest challenges yet as they battle formidable opponents from another indispensable franchise, the NYC sewer-dwelling, crime-fighting, pizza-loving Teenage Mutant Ninja Turtles!

Each figure in the collection stands six inches tall and is highly poseable with multiple points of articulation – from ball joints at the head, shoulders and hips, to split joint elbows and knees, and at the wrist, ankles, upper arms, and thighs. Authentically detailed and decorated as seen in the Street Fighter II video game, Street Fighter vs Teenage Mutant Ninja Turtles is packed out in an ‘80’s video game console-shaped window box packaging.

Here are the pairings:

The first two sets – Ryu vs. Leo and Chun-Li vs. Mikey – are set to arrive at retail stores in late fall 2022. 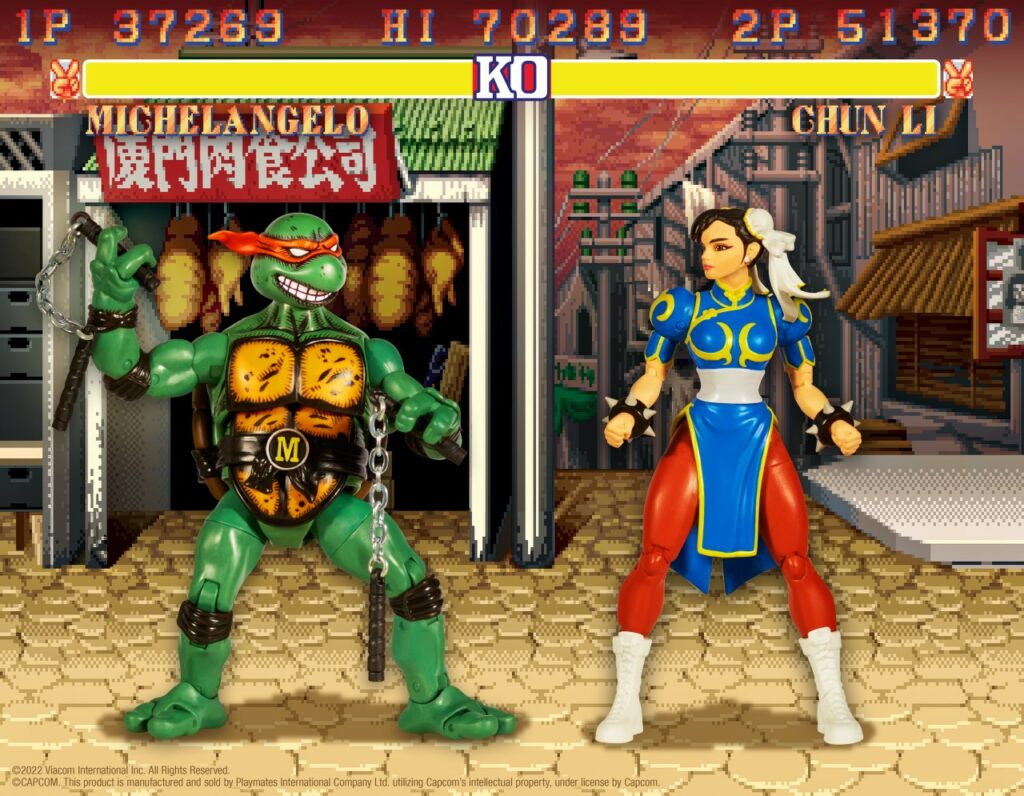