WildBrain, a global leader in kids’ and family entertainment, will be serving up Strawberry Shortcake at Vegas Licensing Expo, May 24-26, as the beloved kids’ brand continues to gain momentum around the world with new distribution, licensing and promotional partnerships. Following the global success of Season 1 of its new Strawberry Shortcake series, Berry in the Big City, WildBrain is also set to drop Season 2 this summer on the official Strawberry Shortcake channel on WildBrain Spark, the Company’s leading AVOD network on YouTube and YouTube Kids.

Michael Riley, Chief Brands Officer at WildBrain, said: “Since launching this fresh version of our treasured Strawberry Shortcake brand and the new Berry in the Big City series, the response from kids, families and industry partners alike has been amazing. As we prepare to launch forty more episodes, we’re seeing the new brand gathering significant momentum, as demonstrated by another round of international partners, and we know this is only just the beginning for our all-new Strawberry Shortcake.”

New Distribution Partners for Berry in the Big City:

A new wave of distribution partners for Berry in the Big City has been signed following the previously announced worldwide deal with Netflix, which saw the series launch on the platform April 15 and which will see four original CG specials follow in 2023.

Additionally, multiple new consumer products partnerships have been inked for the Strawberry Shortcake brand by WildBrain’s dedicated licensing agency, WildBrain CPLG. Several new deals for both New & Vintage Strawberry Shortcake highlight the evergreen appeal of the brand amongst girls and mothers, including Bentex, for girls’ apparel & swimwear in the US; Jay Franco, for home & bath in the US and Canada; Centric Brands, for ladies’, girls’ & toddler sleepwear, plus mommy & me sets for the US; and Cotton On, for ladies & girls sleepwear, home & stationery, and girls’ apparel, for global.

These deals add to the list of previously announced licensees for the new Strawberry Shortcake, including Moose Toys (Master Toy/global) and Penguin Random House (publishing/North America), plus a number of capsule fashion collections for Vintage Strawberry Shortcake that launched this Winter/Spring, including a Unique Vintage collection for Valentine’s Day 2022; a co-branded collection from By Samii Ryan (BSR) featuring matching sets, shorts, baby tees, chinos and a bucket hat; and a Dolls Kill collection of apparel, footwear, accessories and a strawberry shortcake picnic basket.

This spring also sees Strawberry Shortcake celebrating delicious fruits, sweet treats and more through a robust range of promotional partnerships at thousands of retail stores across the US and online.

A complete “Fruitastic” produce takeover, with signage and packaging featuring adorable images of Strawberry Shortcake and her friends, kicked off at grocery stores nationwide in May, with Naturipe strawberries and blueberries representing Strawberry Shortcake in the berry category, Sunkist promoting 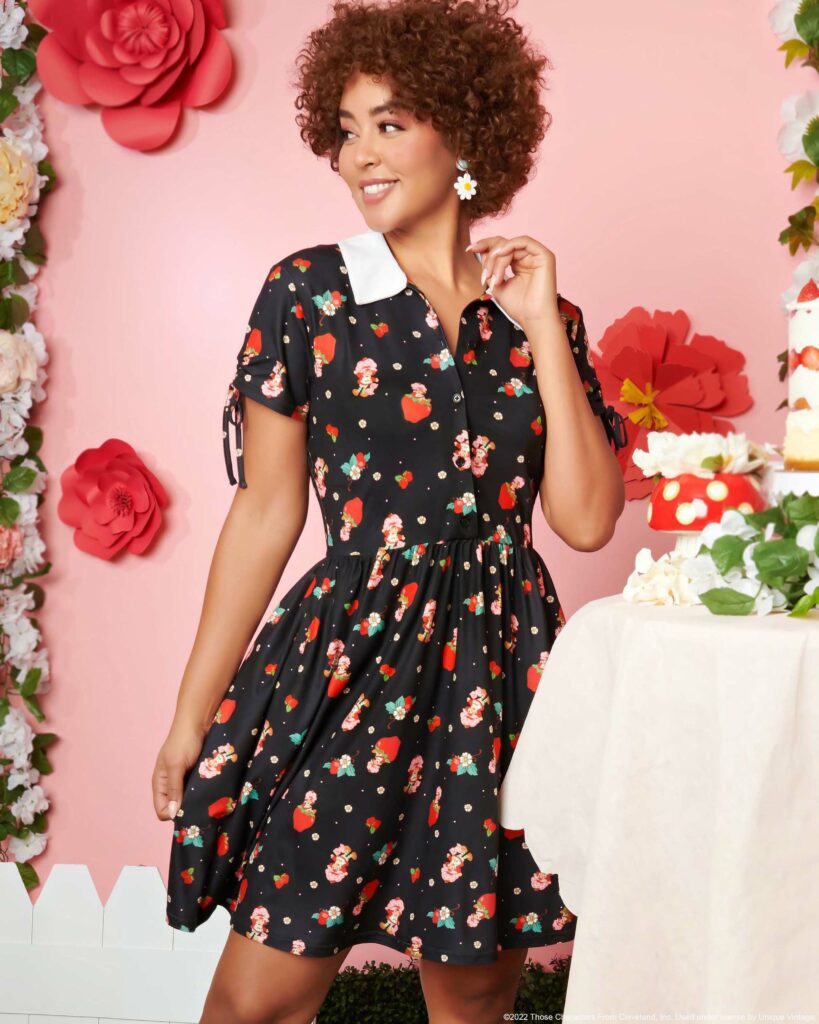 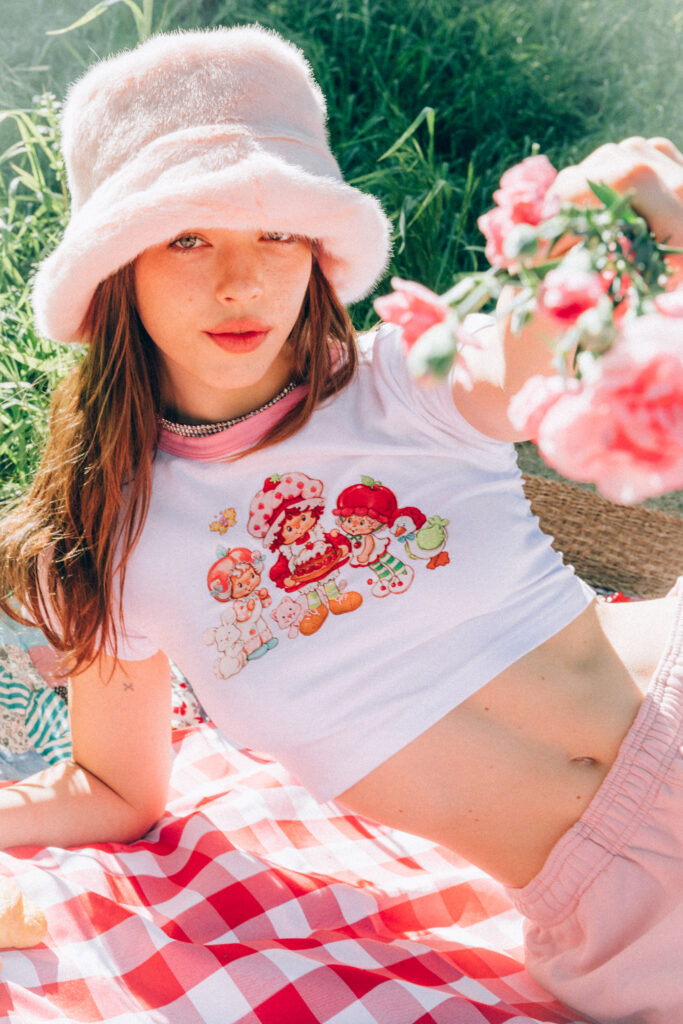