Funko Games invites players to help their favorite Disney and Pixar characters save a world of adorable chaos in their new expandable game, Disney Kingdomania. Stylized after classic pixelated games and designed with Funko’s iconic collectability in mind, Disney Kingdomania is the first game to combine the thrill of blind bag toys with characters from multiple Disney and Pixar universes to create a rare mashup, making it a blast for the whole family.

Created for girls and boys ages 6 and up, Disney Kingdomania takes place inside a make-believe, 8-bit video game experiencing glitches that are mixing up the levels! Players must patch the glitches before it’s “Game Over” for the characters and their digital game world. Available as a Super Game Pack, containing four character figures, two powerful items and 20 game tiles, or a portable Game Ball holding two characters and 12 tiles. Both are a complete and playable game at purchase.

Disney Kingdomania includes 40 figures featuring familiar characters like Buzz Lightyear, Mickey Mouse, Stitch and Princess Tiana along with game-changing items like Aladdin’s Magic Carpet and Maleficent Spinning Wheel, that can impact story actions and outcomes. Interchangeable tiles used to form the game board also add a layer of portability and customizability for different experiences each time you play.

Adding to the collectability and excitement are rare “glitched” character figures that can only be found in Games Balls, while the powerful items are exclusive to the Super Game Packs. These “glitched” figures feature stunning translucent orange accents that immerse the character into their chaotic, digital world.

Disney Kingdomania from Funko Games has a suggested retail price of $9.99-$22.99 and will hit stores this fall. 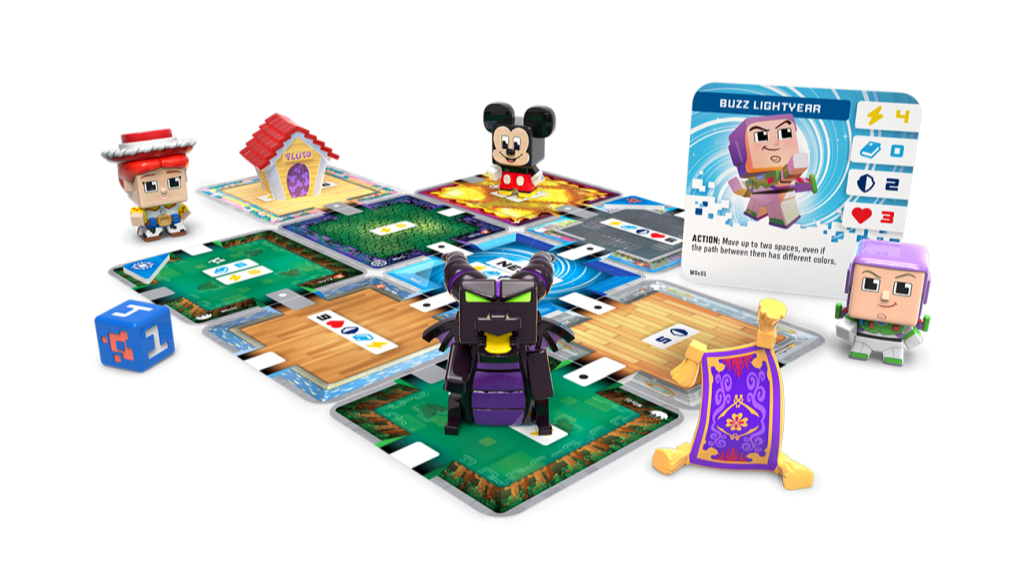