MGA’s Miniverse, the highly popular pocket-sized collectible brand that launched earlier this year is making its first foray into the food culture space with its new Make It Mini Food collections. Each collection offers hyper-detailed, realistic, mini replica food and beverages that consumers create from “scratch.” Different from other products on the market, each Make It Mini Food comes with “ingredients” in miniature, detailed packages and consumers follow the recipes included to create their food masterpiece which hardens in daylight or UV light for permanent display. While not edible, these innovative collectibles offer miniature lovers and food enthusiasts an engaging activity and adorable display to add to their mini collections. Each comes in blind packaging in a ball you peel to reveal individually wrapped realistic mini food ingredients and mini kitchen accessories that come together to create delicious looking culinary creations like a mint chip milkshake, strawberry waffles with whipped cream, or a lemon tart.

Make It Mini Food combines the joy of DIY crafting and popularity of resin play with the craze of mini foods. In fact, according to Google Analytics, as of June 2022 there were 43 million Google searches for “Mini Foods.” But MGA’s decision to go big by going mini is more than an on-trend activity – the Make It Mini Food toy collections are a part of MGA’s continued mission to offer smaller, affordable toys amidst inflation this holiday season.

“This year, MGA is proud to offer more than 200 toys all under $10, making toys this season more accessible for all budgets,” said Isaac Larian, CEO and Founder of MGA Entertainment. “The new Make It Mini Foods from MGA’s Miniverse are a part of that. Miniatures and food lovers ages 13 and up will enjoy these mini collectibles for less than $10 each – that’s engaging, affordable play that’s accessible to more families this holiday season.”

From mini chocolate chips and mini sprinkles in mini collectible jars that really work to mini donut boxes with mini donuts, to a mini carton of milk with actual liquid, there are more than 100 unique Make It Mini Food ingredients and kitchen accessories within 18 Make It Mini Food Café Edition packs and 18 Make It Mini Food Diner Edition packs to collect and create. Since each package is blind, you won’t know which mini food you get until you unbox it. In a survey of 2,000 Americans conducted by MGA Entertainment, it was revealed that nearly half (49%) believe a gift is best when it’s a surprise to both the giver and the recipient – like a mystery box or a blind-box item.

The MGA’s Miniverse Make It Mini Food Diner Edition, priced at $9.99 MSRP, is available December 5, 2022 at Walmart and mid-December 2022 at Amazon and Walgreens stores; the Make It Mini Food Café Edition, priced at $6.99 MSRP, also will be available at Walmart in December 2022. Both lines will make their debut at Target and other major retailers beginning January 2023. The larger MGA Miniverse portfolio includes Bratz Minis, Bratz Mini Cosmetics and Mini Little Tikes. 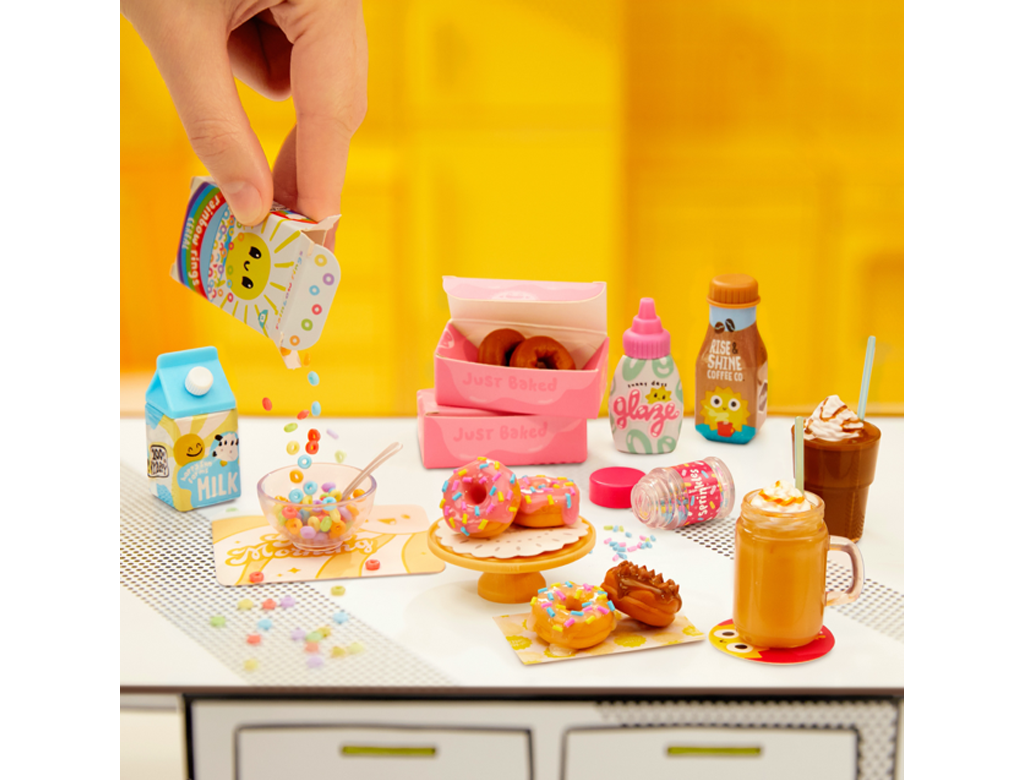