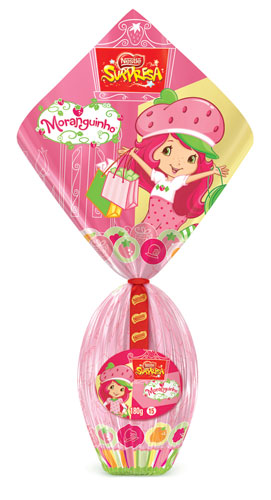 Additionally, in July 2011 DT Entertainment will launch a live traveling show for Strawberry Shortcake that will debut in Argentina and then travel across Latin America with performances in Brazil, Bolivia, Chile, Colombia, Ecuador, Mexico, Paraguay, Peru, Uruguay, Venezuela, Central America, and the Caribbean. Strawberry Shortcake continues its expansion in Chile this year as well through its renewed licensing agreement with Ripley department stores for an array of Strawberry Shortcake apparel and accessories that will be sold in over 40 Ripley store locations across the country.

CBS Consumer Products has inked a new deal with Brazilian licensing agent Supermarcas to develop a licensing program throughout Brazil, Argentina, Uruguay, Paraguay, Colombia, Panama, and all of Central America. Supermarcas will implement a broad merchandising program during the next year that will include all of CBS’s signature brands from CSI: Crime Scene Investigation and Star Trek to 90210 and Mighty Mouse.

Supermarcas currently handles more than 80 brands in Central and South America, and has actively introduced new properties to the audiences in those countries. This deal marks the first time the company has worked with CBS Consumer Products.

P/K Lifestyles, a division of P/Kaufmann, and Dena Designs have entered into a licensing agreement that will launch the Dena Home decorative fabric collections. The initial collection, Painted Oasis, will debut at Showtime this June 5–8, 2011, in High Point, NC.

A mix of romantic and ethnic detailing with Ikat and Suzani inspired motifs, Painted Oasis features Dena’s signature hand-painted style. The collection of prints and wovens feature detailed designs that work as statement patterns alone or as coordinates with one another. Printed on a linen-blend, the fabrics have a soft hand and work in both the traditional and modern home. P/K Lifestyles manages a collection of home brands, including Iman Home, Waverly, Tommy Bahama, and Williamsburg. Dena Designs is a full-service design and merchandising studio.

Maya the Bee Toys from Feber 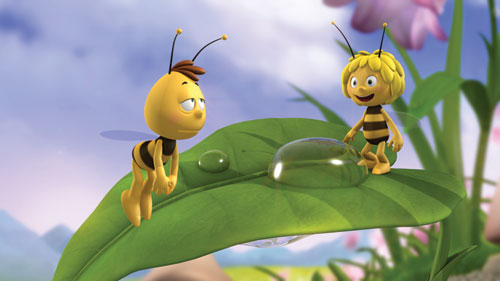 Planeta Junior Spain has signed an agreement with Spanish toy company Feber (Famosa Group) to develop a range of battery-operated toys for Maya the Bee 3-D brand. Feber will develop motorcycles, scooters, quads, and tricycles with the Maya the Bee 3-D license that will be released in summer 2012 in Spain and Portugal.

More than 100 companies have already joined the licensing program of Maya the Bee 3-D in southern Europe. Planeta Junior owns the rights for this license in Spain, Portugal, France, Italy, and Greece.