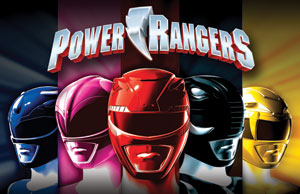 Saban Brands has entered into an agreement with Netflix to offer viewers access to more than 700 Power Rangers episodes through Netflix instant streaming service starting today. Every classic episode from the 17-year run of the series is available to view at any time, including the original Mighty Morphin Power Rangers and Power Rangers RPM.

Saban Brands also announced the start of pre-production for an animated Christmas special featuring the iconic monkey Julius from the Paul Frank brand. This will be the first national television appearance of Paul Frank’s animated characters.

Discovery Communications has announced a launch of branded Discovery Fit & Health consumer products. The first partner to offer a Discovery Fit & Health line is Inovatex, LLC, which will debut a collection of branded bedding products including sheets, comforters, blankets, duvets, pillows, mattress pads and toppers, pillow protectors, and mattress covers. Products will be available at department stores, mid-tier, and specialty chains in the U.S. and Canada.

Strategic partnerships will also be developed with leading retailers and manufacturers across categories including fitness, relaxation and massage therapy, diagnostic and consumer electronics, personal care, eyewear, first aid, and publishing.

Nickelodeon has announced the launch of its first Victorious-branded products. Products are based on Nickelodeon’s latest live-action comedy series, Victorious, which follows teenager Tori Vega (Victoria Justice) as she attends the prestigious performing arts high school, Hollywood Arts. Items will be available exclusively at most Walmart stores in the U.S. and Canada. More than 250 Victorious-themed products, including apparel, accessories, entertainment, and school supplies, will be available during a special Walmart back-to-school window from July to September 2011.

Nickelodeon has entered into a multi-territory master toy license agreement with Jakks Pacific for Winx Club, a property based on the animated action and fantasy series. The agreement grants Jakks the rights to manufacture, distribute, and market a line of toys and other products based on the series including dolls and playsets, roleplay, dress-up, and Halloween costumes. The line is scheduled to launch in fall 2012 to coincide with the premiere of new CGI episodes of Winx Club on Nickelodeon.

Nelvana Enterprises has named Fisher-Price, a subsidiary of Mattel, Inc., as its U.S. master toy partner for the bunny sibling brand, Max & Ruby. Fisher-Price will develop a full range of toys, including plush, playsets, and bath toys. The products are expected to hit retail in spring 2012 with a full launch in fall 2012.

Cartoon Network Enterprises (CNE), global licensing and merchandising agent for Spin Master brands, announced a partnership with Penguin Group that will translate the hundreds of characters from Spin Master’s Zoobles toy line into a publishing program. The program will feature readers, storybooks, color and activity books, and a collector’s guidebook based on Zoobles. Products will be available across all tiers of retail distribution. The line is set to launch in spring 2012.

MGA Entertainment has granted Activision Publishing the exclusive worldwide rights to develop, manufacture, and distribute video games based on the Lalaloopsy brand and characters. The agreement covers entertainment software products across multiple platforms such as handheld, console, and connected platforms, as well as PC and mobile devices. The new Lalaloopsy videogames are expected to debut this holiday season.

MGA Entertainment also announced its plans to create a global licensing program for the Bratz brand. It will focus on extending the brand through fashion and lifestyle products for girls.