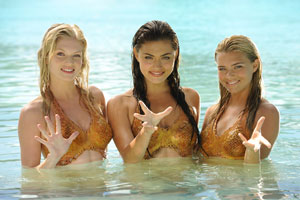 Cartoon Network Enterprises signed a publishing deal with Penguin Young Readers Group for a series of Adventure Time books based on the animated comedy series. Beginning this summer, readers can find Finn the Human and Jake the Dog playing out their latest adventures in the pages of activities books such as Adventure Time Mad Libs and Slamacowtastic Story Mix-Up. Also included in the initial line of books are the 80-page, full-color Righteous Rules for Being Awesome sticker book and the 112-page Dude-It-Yourself Adventure Journal. The first four titles in the line will debut this July at select retailers nationwide.

Reebok Classics and Marvel Entertainment have joined forces to create a special 10-silhouette sneaker capsule collection featuring some of Marvel’s most iconic characters. The collection features a range of iconic and new classic Reebok silhouettes, including Pump Fury, Ventilator, Pump Omni HLS, and Night Storm HLS as well as the Freestyle Hi for women. Each shoe will feature Marvel Super Heroes and villains. The collection will be available this July.

Global Icons signed an exclusive worldwide representation agreement with Lava Lite, the original maker of the Lava Lamp. Global Icons will support Lava Lite at retail across all channels of distribution.