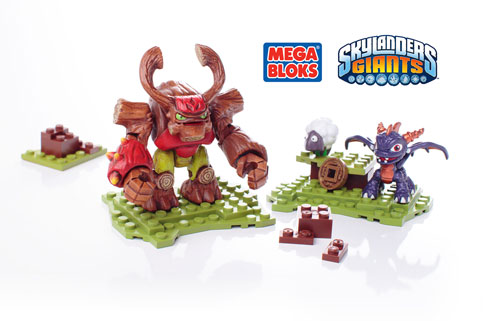 MEGA Brands and Activision Publishing, a wholly owned subsidiary of Activision Blizzard, have entered into a multi-year global licensing partnership to develop MEGA Bloks and MEGA Puzzles toys and puzzles inspired by Skylanders Giants, the sequel to the Skylanders Spyro’s Adventure video game. This fall, MEGA Bloks will offer kids and collectors the ability to build and rebuild the characters and worlds from Skylanders Giants.

Gorham announced a long-term partnership with Kathy Ireland Worldwide to design, manufacture, and market a range of tabletop, gift, and home décor accessories. The collection will include both fine and casual dinnerware, drinkware and flatware, entertaining serveware and giftware, and bridal products. The line will be produced under the kathy ireland Home by Gorham brand, set to debut this fall. A retail launch is scheduled for spring 2013.

Sony also signed new deals for other properties including: LPP for Ghostbusters, Easy Rider, Starsky & Hutch, and Married with Children T-shirts for Russia and Eastern Europe; Underboss Productions for Ghostbusters women’s underwear and sleepwear for the U.S. and Canada, available at specialty and department stores later this summer; and Refuel Brand for Boyz N the Hood headwear, Tees, hooded sweatshirts, and other outerwear for Europe, the Middle East, and Africa.

Kimberly-Clark Corporation is partnering with Marvel Entertainment to bring Spider-Man to GoodNites Underwear for the first time. GoodNites Underwear for boys will feature graphics of the famed web-crawler for a limited time beginning this month. The line will be supported with an integrated marketing program including FSIs, online advertising, social media, and mobile apps. This marks the first use of licensed characters by the GoodNites brand.