Brand Central LLC announced that it will be representing ABC’s The Chew in the development of a full consumer products program in support of the food-centric lifestyle series. The Chew Consumer Products line is expected to include housewares, cookware, tabletop, entertaining, and food and beverage products.

Hosted by celebrity chefs Mario Batali, Michael Symon, and Carla Hall, style and entertaining expert Clinton Kelly and health and wellness enthusiast Daphne Oz, The Chew features daily recipes, tips, and information on everything from cooking and entertaining to health and style.

“We feel that The Chew has exceptional licensing potential. Every day the show serves up everything food, including a wealth of helpful tips, new ideas, and inspiration that we believe will translate well to product merchandise,” said Ross Misher, CEO of Brand Central, in a statement. 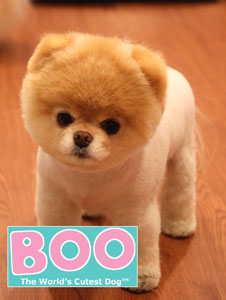 H.E.R. Accessories has been granted rights to manufacture and market BOO costume jewelry and hair accessories.

Skinit has been granted rights to manufacture and market BOO skins for mobile devices such as phones, tablets, laptops, netbooks, and portable music players.

Canada’s JCorp has been granted rights to manufacture and market a BOO line of girls’ apparel, sleepwear, and packaged underwear as well as backpacks and lunch boxes for the Canadian market.

London-based Somerbond has been granted rights to manufacture and market BOO nightwear and underwear to be sold exclusively through UK retailer Topshop.

Tonner Doll Company has partnered with Dr. Seuss Enterprises, L.P., for a line of collectible dolls. There are three pieces in the Dr. Seuss Collection: The Cat’s Hat, Sam I Am, and Truffula, and each is inspired by the art included in Dr. Seuss’s books. Each doll is 16-inches tall, adorned with inset eyes, rooted Saran hair, and includes multiple points of articulation. Only 500 pieces of each doll will be made. To see the line, click here.

The items are adorned with slogans inspired by The Office such as “Quabity First” and “Look Busy. Take Notes.” Self-Stick Notes (Sticky Squares) will feature the slogan “That’s What She Wrote” for the yellow notes and “Diversity Pack” for the assorted colors. Office Toss Storage Boxes will be printed with the slogan “File Away Before You Toss Away.”

The new products, which will begin shipping in December and January, are currently available for pre-order at www.quill.com/dundermifflin.

In June 2012, The Saturday Evening Post, released the digital version of its magazine for the first time on digital newsstands. This new seven-year licensing agreement with SD Entertainment is a next step for both companies looking to expand their digital portfolios of IP in the e-publication space.

Set to debut in fall 2013, the Animal Planet-branded flags will be available in two sizes, mini (12 inches x 18 inches) and regular (28 inches x 40 inches), and will feature various designs including holiday themes, photos of popular pets, and more. The line will be available at all channels of retail both online and offline.

Cohesion Products is a sister company of MerchSource, LLC, a licensee of Animal Planet, Pets 101, and other Discovery Communications properties. The deal with Cohesion was brokered on behalf of Animal Planet by its licensing agent, The Joester Loria Group, for the U.S. market.

Lawless Entertainment announced an apparel deal with Mighty Fine on behalf of The Little Prince. Mighty Fine will develop apparel for infants, toddlers, and juniors to include knit fashion tops, T-shirts, and fleece/French terry apparel utilizing art from The Little Prince. The merchandise is expected to debut in the U.S. and Canada in January 2013 for specialty, department, mid-tier, and boutiques—both online and offline.

The Little Prince, first published in 1943, is a novella and the most famous work of the French aristocrat writer, poet, and pioneering aviator Antoine de Saint-Exupéry.

VIZ Media, LLC, publisher, distributor, and licensor of manga, graphic novels, and anime, announced a publishing deal with Pretty Ugly, LLC, to develop a new series of original graphic novels based on Pretty Ugly’s plush characters. The Uglydoll series is scheduled to launch summer 2013 under the VIZ Kids imprint, and will carry a rating of “A” for All Ages.

VIZ Media’s Uglydoll graphic novel series will transport readers to a diverse universe where “ugly” just means unique and different, and celebrating who you are inside and out is the new beautiful. Join key characters Wage, Babo, OX, Ice-Bat, and their Uglydoll pals as they express themselves through laughs, tears, love, and adventure.