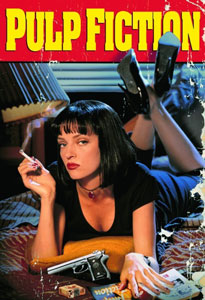 Evolution, a global brand management firm, announced that it has been selected to serve as the global merchandise licensing agent for the Miramax portfolio of properties, which features more than 700 modern classic film titles.

Universal in Digital Deal for Uglydoll

Universal Partnerships & Licensing has signed a deal with Pretty Ugly to rep the company’s Uglydoll franchise of characters across all digital platforms. The deal includes interactive games, apps, widgets, and virtual goods.

Separately, the studio’s llumination Entertainment is developing an animated film based on the characters.

Bravado, the global music merchandising company, has partnered with The Wish Factory, Inc., to develop an exclusive line of merchandise for pop singer Carly Rae Jepsen. She is famous for her hit single “Call Me Maybe.” She began her professional career finishing third on Canadian Idol. “Call Me Maybe” has sold more than 9.1 million singles worldwide.

Through this partnership, Bravado and The Wish Factory will develop and manufacture an exclusive line of licensed merchandise for Jepsen, which will include a broad range of novelties and collectibles such as dolls, microphones, headphones, and fashion accessories, as well as licensed products for The Wish Factory’s proprietary Pop Grrl and Locker Rocker brands.

Sun-Mate Corporation, the master global toy licensee for the new TV series The Jungle Book, is expanding its network of worldwide partners with the announcement of a slate of toy distributors.

Sun-Mate will provide marketing support to each company with a TV advertising campaign and promotional spots produced by Sun-Mate.

Fremont Die Consumer Products takes its long-standing partnership with the NFL to a new category in 2013 with the introduction of NFL Game Day, the Ultimate Football Board Game.

After 25 years supplying NFL fans with accessories from banners and flags to bop bags and window films, Fremont Die Consumer Products introduces a board game that teaches the rules of NFL football engaging everyone from the novice to the most hardcore fan, says the company.

The game is offered with customizable end zones featuring all 32 NFL teams.

Brandberry and Squaredy Cats have entered into an exclusive licensing relationship for Brandberry to represent Squaredy Cats globally in all categories with plans to expand the brand by finding new licensees, strategic alliances, and retail partners.

Squaredy Cats made their debut in 2011 and have been sold at retailers such as Toys “R” Us and Build-A-Bear Workshop. Each square-shaped cat displays an embroidered personal message on their side that reflects the various themes.