Entertainment One Licensing announced that it has signed Jazwares as the master toy licensee for Peppa Pig. Jazwares will create products for preschoolers across multiple categories, including plush, plastic figures, dolls, playsets, roleplay toys, musical and talking toys, toy vehicles, and bath toys. The first Peppa Pig toy collection by Jazwares is scheduled to launch nationwide in spring 2015.

The series currently airs seven days a week on Nick Jr. In addition, the show airs in 180 countries around the world and is translated into 40 languages. The series has licensing programs in more than 50 countries.

The Joester Loria Group (TJLG), working with its client, PepsiCo, has signed licensing agreements with tabletop, entertaining, and home décor partners. Permasteel has been signed for a line of coolers, which consists of indoor/outdoor coolers, sleek silhouettes, and graphics that tap into Pepsi’s iconic logos and imagery. Art.com joins the Pepsi program for print-on-demand art and photographic prints, posters, canvas, and wall décor. iCup joins the PepsiCo portfolio with a line consisting of everyday glasses, pitchers, canisters, and trays along with a set of acrylic and melamine products. 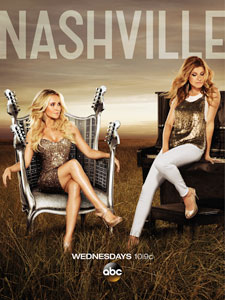 Knockout Licensing announced that it has been appointed by ABC Studios to launch and manage the licensing program for the Nashville television series.

Bare Tree Media plans to place the branded virtual goods across its global network of mobile and online platforms that distribute its branded digital content.

SodaStream International, Ltd. announced a strategic agreement with Welch’s to launch a line of sparkling drink concentrates co-developed exclusively for the SodaStream home beverage carbonation system. The products are expected to be available during the second half of 2014 in the U.S.