Bonnier Publishing and Net2TV Corp. have expanded their relationship to create additional television shows based on Bonnier’s magazine titles. Under the agreement Net2TV will renew the Popular Science program and add two new shows, Cycle World and Saveur, to the Portico TV lineup. 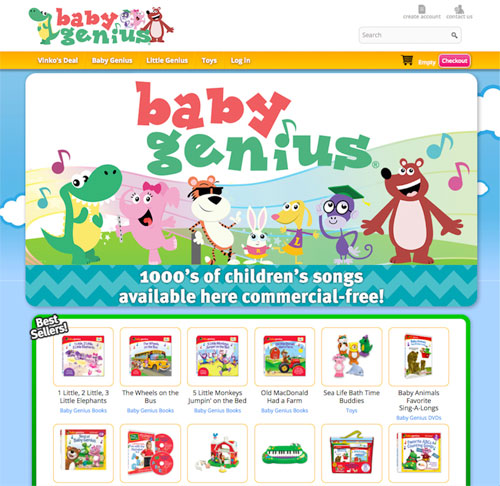 Genius Brands International, Inc., (GBI) announced the expanded distribution of its Baby Genius content library with the introduction of a new online streaming service that makes its entire library of music and videos available at babygenius.com. The company has also recently extended its agreement with Xfinity TV by Comcast.

As part of this agreement, IGT has also licensed the Jeopardy brand, including game development for slot machines, online games for its DoubleDown Casino for-wager online play.

The DC Comics Bombshells are based off the best-selling line of statues from DC Collectibles featuring designs from Illustrator Ant Lucia. The DC Comics Bombshell line finds each female reimagined as a vintage pin-up, with a look that hearkens back to nose art found on World War II-era bomber planes.

Fans of the Bombshells line will be able to buy art prints of their favorite DC Comics Heroine from QMx, featuring retro-style incarnations of Wonder Woman, Poison Ivy, Harley Quinn, Batgirl, Supergirl, and Catwoman, among others.

SocialIn, Inc., and Paws, Inc., announced a new partnership between Paws’ Garfield and PicsArt Photo Studio. PicsArt users can purchase the Garfield clipart package from the PicsArt Shop and create their own masterpieces using the cat and his friends. This is the first of several Garfield packages to be released to the PicsArt Shop.