Disguise, Inc., the Halloween costume division of Jakks Pacific, announced that it has secured a licensing agreement with The LEGO Group for children’s Halloween costumes, roleplay, and accessories based on LEGO characters. The multi-year, multi-category agreement grants Disguise rights to distribute its LEGO-licensed products across channels in North America, Europe, Korea, and China. The LEGO costumes from Disguise are scheduled to be available at retail in fall 2016.

In a separate announcement, Disguise says it has secured a licensing agreement with Moose Toys to bring Shopkins to life in costume and dress-up form. The multi-year, multi-category agreement grants Disguise the rights to distribute Shopkins-licensed products across channels in North America. The deal was brokered by The Licensing Shop, Inc., which represents Shopkins. The line is expected to be available at retail in fall 2016. 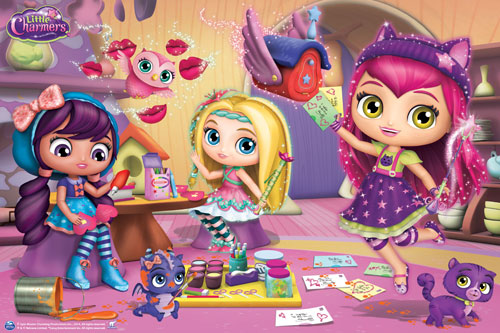 Little Charmers is produced by Nelvana and Spin Master and airs on Nick Jr.

CandyRific is launching a dispenser in the shape of M&M’s Blue Character wearing a skeleton costume. The M&M’s Brand Collectible Halloween Dispenser is a numbered, limited production featuring M&M’s Blue Character. The dispenser includes 1.05 oz. of M&M’s brand milk chocolate candies. According to Mars, M&M’s brand is one of the top-five most purchased candy brands for Halloween.