Jakks Pacific has secured a multi-category licensing agreement with Cartoon Network Enterprises for The Powerpuff Girls. Disguise, Inc., the Halloween costume division of Jakks, will produce Halloween costumes and accessories based on the animated series. The new agreement also grants Jakks rights to manufacture and distribute everyday dress-up and accessories to all channels in North America.

The all-new animated television series for The Powerpuff Girls is slated to launch on Cartoon Network in 2016. The product line is expected at retail nationwide in 2016.

Scientific Games announced a new partnership with Twentieth Century Fox Consumer Products and Gracie Films to create a themed-slot machine based on The Simpsons. The never-before-seen Gamescape cabinet will be officially unveiled at the Global Gaming Expo (G2E), which is currently taking place. The slot theme will star Homer and Marge Simpson, Moe, Apu, Chief Wiggum, and many other iconic characters from the show.

The Gamescape cabinet utilizes three vivid, high-definition displays that angle toward the player, and a 40-inch curved top screen that surrounds the player. Additionally, an ergonomic 10.4-inch tablet button panel integrates gameplay to coordinate graphics across multiple displays. The result is five unique screens that virtually combine to create an expanded platform for graphics and seamless motion, says Scientific Games. 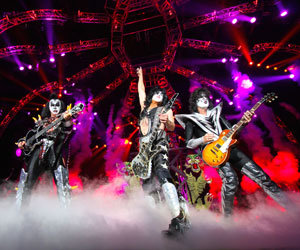 • Four Seasons Designs—T-shirts, electronics, and collectibles in the U.S.

• Legends Socks—men’s, women’s, and children’s socks in the U.S.

• Silver Buffalo—drinkware, blankets, wall art, buttons, and lanyards in the U.S. and Canada

• Yusef—lip balm and lip gloss in the U.S.

The Sharpe Company has appointed brand licensing agency Lisle International in the UK to license and build merchandise ranges for artist Zoobs. Zoobs is known for his interesting and thought-provoking art, which has been featured in magazines including Vogue and Vanity Fair. Zoobs’ most famous piece depicts Kate Middleton, referencing the Sex Pistols cover art titled God Save the Future Queen, which Dolce & Gabbana recently used to inspire a fashion collection. 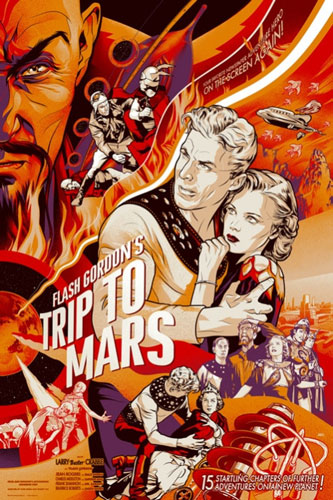 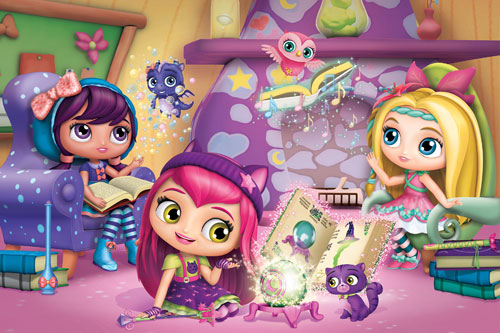 Corus Entertainment’s Nelvana Enterprises announced it has signed agents in Europe and the Middle East to lead the licensing and merchandising program for Little Charmers in their respective territories.The new agents include LDI, a licensing and merchandising agency for representation rights in Israel and J&M Brands, which serves the Benelux market, for rights in the Netherlands and Flemish-speaking Belgium.

Little Charmers is produced by Nelvana and Spin Master.Little Charmers currently airs on Nickelodeon and Nick Jr. in territories worldwide including the U.S., and airs on Treehouse in Canada.

Currently airing on RTE and Nick Jr. in the UK, Puffin Rock is an animated series about a family of puffins who spend their days exploring the natural environment of their island home. Narrated by comedian Chris O’Dowd, the series is a co-production between Cartoon Saloon, Dog Ears, and Penguin Random House with the support of Northern Ireland Screen and the Irish Film Board.

Netflix airs the series internationally in a number of countries including the U.S. and Japan and a number of international broadcasters including SVT in Sweden, NRK in Norway, DR in Denmark, RUV in Iceland, and ABC in Australia have already picked up the first series and a second series is currently in production for spring 2016. Penguin Random House will publish a range of books to complement the series in 2016.

CandyRific has many Easter treats for 2016 including the M&M’s brand Embossed Egg Tins in a new stand-up design, Peter Cottontail Light-Up Fan, and eight-inch dispenser with jellybeans, and a Minions Large Egg Dispenser. The Minions licensing agreement was awarded by Universal Partnerships & Licensing.

Studio 100 Media announced that Sprout, NBCUniversal’s preschool TV network, has acquired the rights for both the new CGI series and 3-D feature of Maya the Bee.

Maya the Bee tells the story of Maya, a young bee who left her hive to discover the beauty and mysteries of nature. As she explores the meadow where she lives, she meets other creatures, goes on adventures, and shares her joy with her friends. 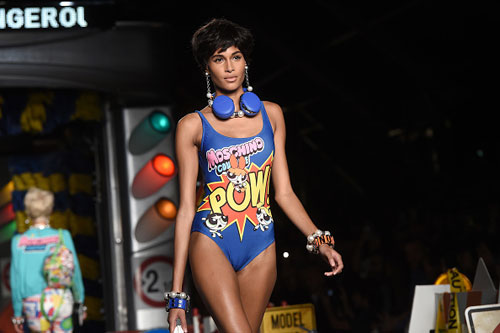 The full range of products includes an assortment of knitted tops, skirts and dresses, swimwear, scarves, bags, and accessories for women. The spring 2016 collection will be available for sale beginning in January at Moschino retail stores, department stores, boutiques, and select online retailers worldwide.

Gold’s Gym and First Design Global announced that they have entered into a licensing partnership to develop and manufacture Gold’s Gym-branded drinkware and food storage products. These will include sports bottles, protein shakers, and snack containers. The product line is expected to launch in early 2016 at major retailers across North America.

The deal was negotiated by Brand Sense Partners (BSP), the exclusive licensing agency for Gold’s Gym.

Warner Bros. Consumer Products EMEA (WBCP) announced that it has appointed Megalicense International as its licensing representatives in Russia and the Commonwealth of Independent States’ (CIS) markets as of January 1, 2016.

Under the agreement with WBCP, Megalicense International will be responsible for WBCP’s vast portfolio of classic brands, television, films, and new theatrical releases and their licensing and merchandising programs in Russia and CIS markets.

Megalicense International will be working with such global brands as Looney Tunes, Tom and Jerry, The Flintstones, Scooby-Doo, Mortal Kombat, and all DC Comics Super Heroes, including Batman, Superman, and Wonder Woman; as well as theatrical films such as the upcoming Batman v Superman: Dawn of Justice, and many more.

The 1928 Jewelry Company, one of the world’s largest vintage jewelry companies, signed All American Licensing to expand its brand. The 1928 Jewelry Company’s jewelry designs can be found at mid-tier retailers and boutique shops around the world. They are routinely featured in Elle, In Style, W, More, Marie Claire, and Lucky magazines.