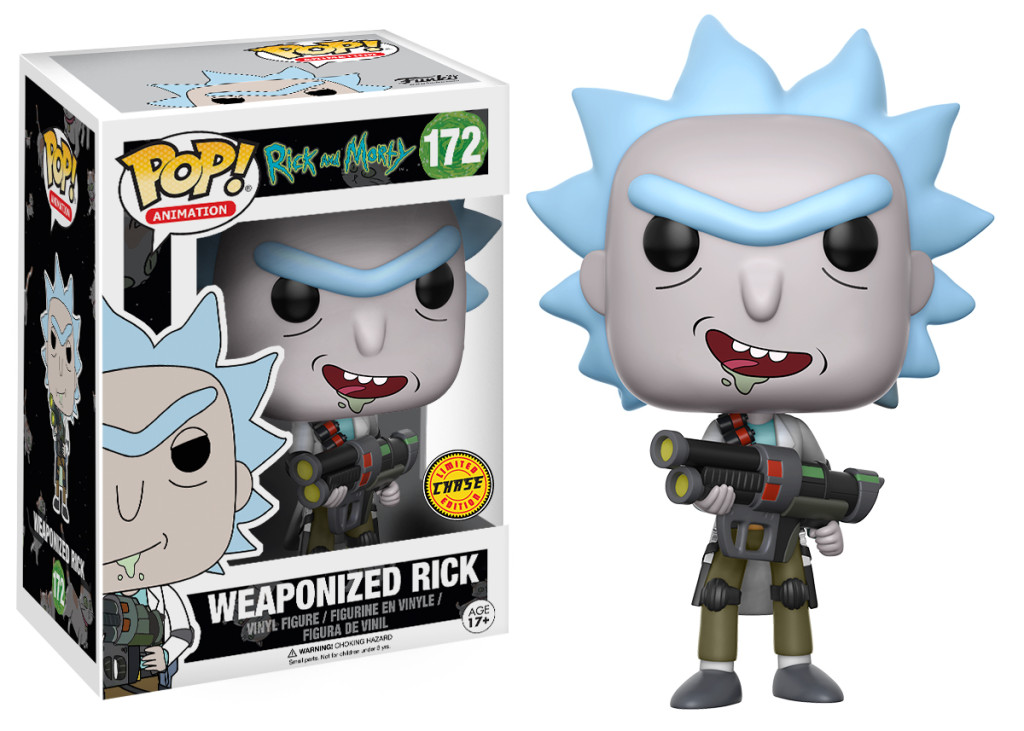 Cartoon Network Enterprises has named Funko its master toy partner for the Adult Swim brand Rick and Morty. This expands on the companies’ existing partnership and will introduce a wide assortment of products at select mass retailers nationwide.

The first products to be introduced in the collection include Galactic Plushies, Mystery Minis and Pocket Pop! keychains. For its signature Pop! brand, Funko is expanding its Rick and Morty vinyl figure collection with seven new figures: Weaponized Rick, Weaponized Morty, Mr. Meeseeks, Mr. Poopy Butthole, Bird Person, Squanchy, and Snowball. The company will also introduce the first fully posable, articulated action figure line for Rick and Morty. Each character within the five-figure assortment includes a unique bonus piece. Collect all five and fans can build their own Snowball figure. A range of additional products from roleplay toys to novelty housewares and home décor, as well as apparel and accessories, are also included in the new partnership and will start rolling out later this year.

Orbeez are wet, squishy beads that begin as tiny seeds and grow to a round form when water is added. The technology is applied to a variety of toys, ranging from pampering products to arts-and-crafts sets. The brand’s core audience is comprised of girls ages 5–12, as well as teens.

Pom Pom Wow is an arts-and-crafts brand for girls ages 6–12. The product line leverages the popularity of pom poms within the fashion and crafts industries, while providing a simple way for girls to beautify their worlds utilizing the brand’s “Stick, Pull, Wow” technology.

Maya Toys and Perpetual will license the brands into product categories such as apparel, accessories, publishing, crafts, stationery, candy and snacks, and more.

20th Century Fox Consumer Products and Lidl will launch the first baby line based on the animated international film franchise, Ice Age, across its major stores in Europe. Launching today, Ice Age Baby will feature looks for boys and girls ages 3–24 months that highlight the franchise’s most beloved characters.

Ice Age Baby at Lidl will incorporate character favorites Scrat, Sid, Peaches, and Julien in their original pencil-drawn form to give a softer look to the range. Girl’s pieces will be available in an array of pinks, while boys can choose from navy blues, greens, and stripes. The line is set to include long sleeve body suits, bedding and tights. 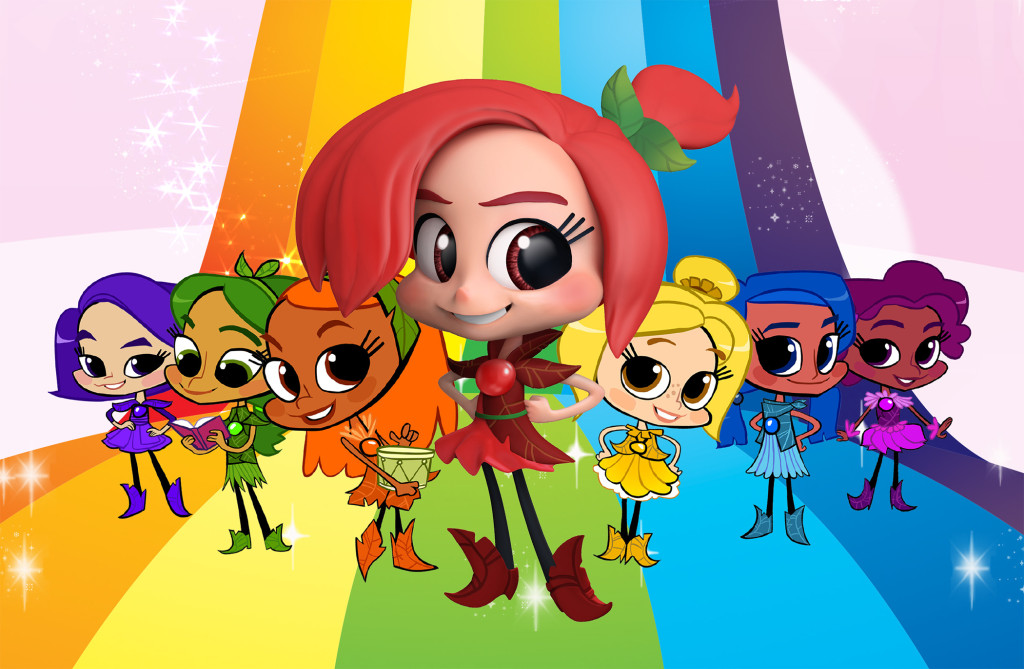 Currently in development on season one and two with broadcasters to be announced shortly, Rainbow Rangers gives a behind-the-curtain peek at the “real lives of superheroes”: Earth’s First Responders. The series blends fantasy and action-adventure with relatable stories about friendship and saving the environment. The Rainbow Rangers—seven girls, each with her own personality and powers—live a rainbow’s ride away in Kaleidoscopia. But whenever there’s trouble for the people, animals, or natural wonders on Earth, the Rangers zoom into action and ride a rainbow across the sky to save the day.

Genius Brands is currently developing a global, merchandising, licensing and retail program across all key categories for Rainbow Rangers to coincide with the series launch. 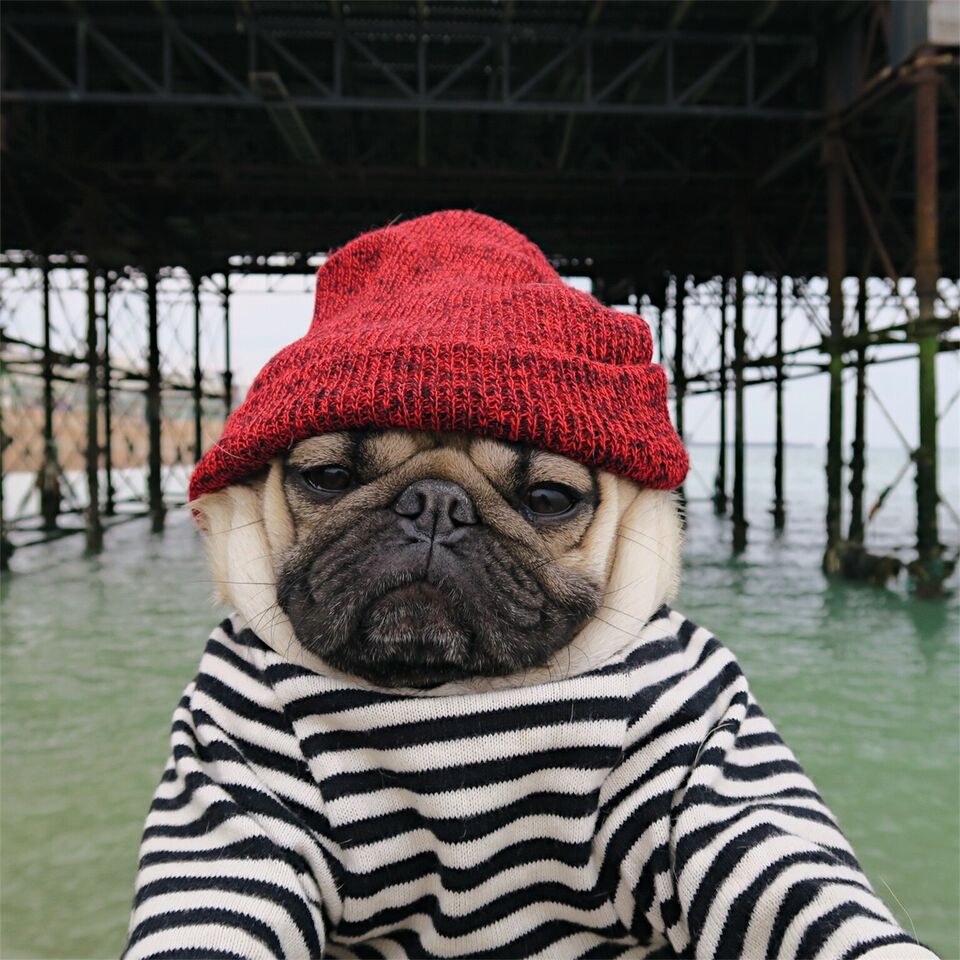 Remarkable Brands has been named the worldwide licensing agent for the four-legged social media superstar Doug the Pug.

Doug the Pug’s rise to worldwide stardom began in 2012 after his Nashville-based “momager” Leslie Mosier adopted him. She began dressing Doug in a wide range of wigs and costumes to bring out his laid-back personality and then posting them to social media. Doug’s profile quickly grew and his celebrity status along with it.

Kids Preferred has created a range of Doug the Pug plush toys that will debut at Toy Fair. Inspired by Doug’s most famous and witty posts, the collection includes five large 10-inch Doug the Pug characters, nine six-inch toys, and three Doug the Pug clip-ons with a bandana.