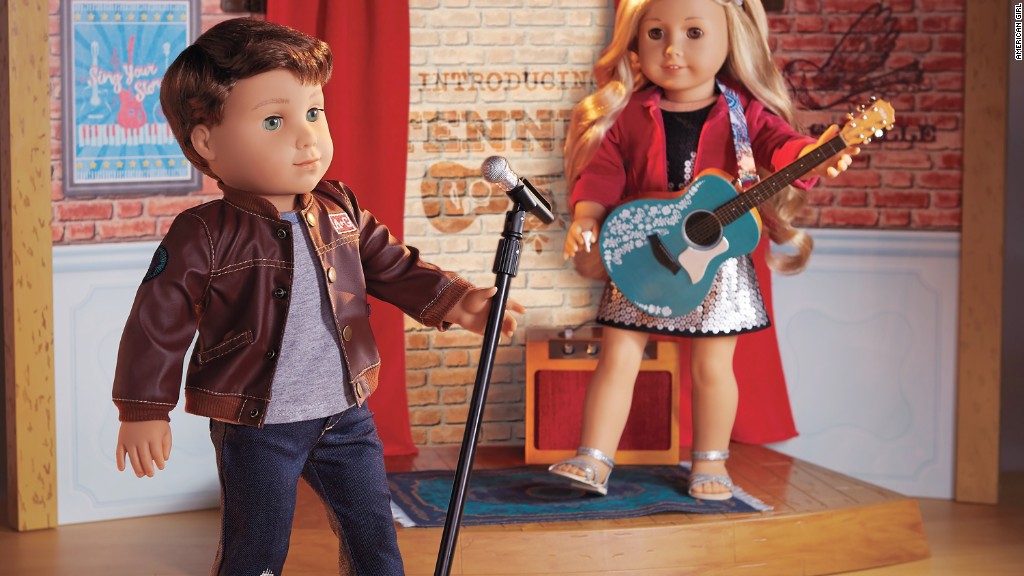 American Girl will introduce an 18-inch boy doll for the first time in the brand’s history.

The move comes as part of a response to requests from fans for more options. American Girl’s new series of contemporary characters and stories are designed to speak to even more girls’—and boys’— interests, backgrounds, and experiences. The approach aims to voice a diverse range of personalities and backgrounds and new ways to connect with and relate to characters.

The Tenney collection will launch February 16 through American Girl’s catalogue; at americangirl.com; at all American Girl retail locations nationwide; and at American Girl specialty boutiques at select Indigo and Chapters in Canada and El Palacio de Hierro locations in Mexico City in March. The Tenney book series can also be purchased through retail and online booksellers.

Mattel announced a new strategic partnership with Alibaba Group. Leveraging Mattel’s brands and expertise in play as well as Alibaba’s data and insights into the Chinese consumer base, the expanded partnership aims to re-shape the way parents in China think about play.

Alibaba Group’s unrivaled scale and data-driven approach to consumer insights will enable Mattel to tailor their market and product strategy. With more than 440 million active buyers across its e-commerce platforms, Alibaba is helping Mattel meet the growing and changing needs of Chinese consumers with a strategic omni-channel approach spanning online-to-offline (O2O).

As part of this expanded collaboration, Mattel will market and sell to China via Alibaba’s B2C marketplace, tmall.com, while also leveraging the company’s media ecosystem to develop and promote learning resources and educational content inspired by Mattel’s beloved brands and characters. Additionally, Mattel will work with Alibaba’s A.I. Lab to develop new and innovative products, designed to aid child development through the use of cutting-edge technology and interactive learning. 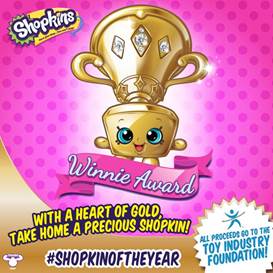 Moose Toys will reveal its Shopkin of the Year character at Toy Fair 2017, plated in gold, set with five real diamonds and hand-crafted in Australia.

The rare Shopkins character, named Winnie Award and shaped like a trophy, will be on display at New York Toy Fair from February 18-21, 2017.

Following Winnie Award’s appearance at Toy Fair, the golden Shopkin will be auctioned off online later this year. All proceeds from the auction will benefit the Toy Industry Foundation, a 501c3 children’s charity whose mission is to provide joy and comfort to children in need through the experience of toys and play.

Moose Toys auctioned off a rare character in 2015 called Gemma Stone for $21,500, and all proceeds benefited the Toy Industry Foundation. 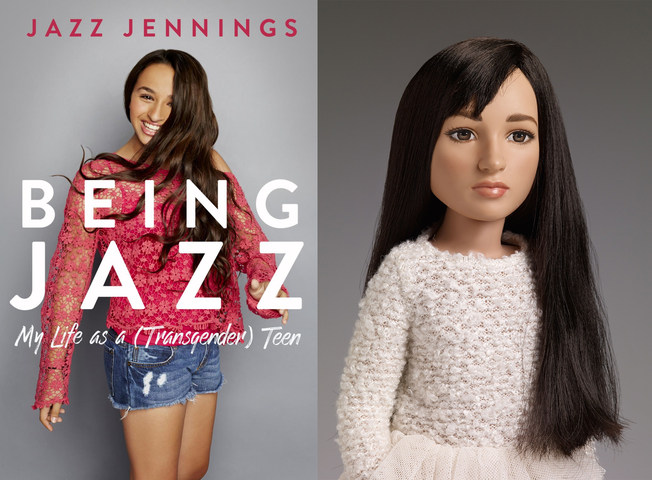 The transgender star of TLC’s docuseries I Am Jazz, Jazz Jennings, will take form as the newest Tonner play doll. The 18-inch portrait doll was designed and sculpted by doll artist Robert Tonner.

With the Jazz Jennings doll, Tonner continues its history of doll introductions based on socially transformational heroes. Past dolls have included the plus-size model Emme and Carmen Dell ‘Orefice.

“Jazz stands for everything I respect from a human nature point of view—she’s incredibly brave, intelligent, warm-hearted, and creative,” says Robert Tonner, CEO of Tonner Doll.

The 16-year-old is an honorary co-founder of the Transkids Purple Rainbow Foundation.  Jennings speaks at universities, medical schools, conferences, conventions, and symposiums all over the country. She’s also a YouTube vlogger, a youth ambassador for the Human Rights Campaign, and an advocate for GLAAD.