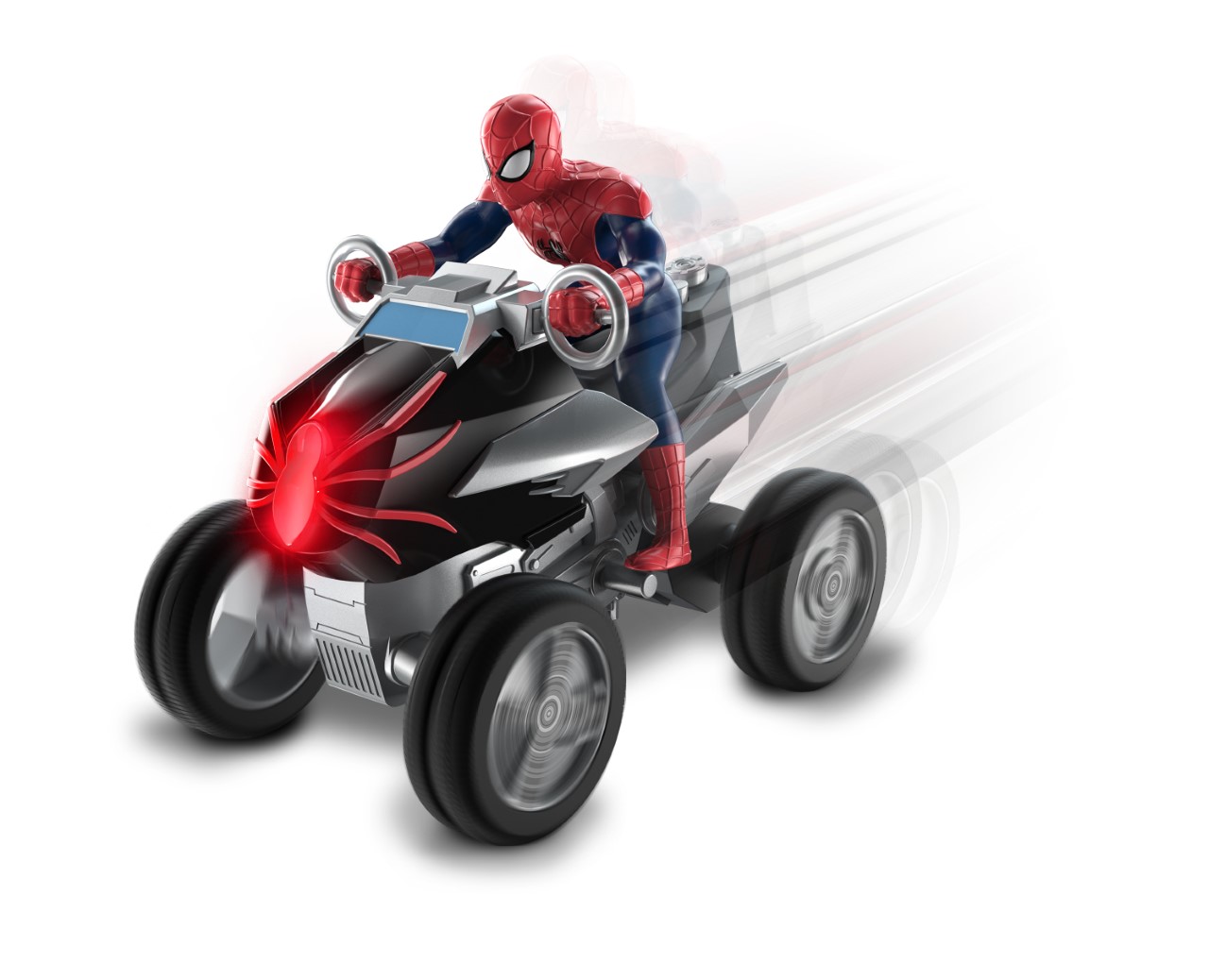 Toy State has joined forces with Disney to develop products based on the Marvel Universe. The new partnership grants Toy State the rights to expand its fleet of licensed vehicles with key superheroes. The debut offerings, featuring Spider-Man, Hulk, Iron Man, Captain America, Rocket Raccoon, and more, are set to make their debut at major retailers nationwide this fall.

Geared for kids ages 3 and up, the new rides include Hero Riders, Rumble To The Rescue, Hero Bump ‘n Go, and Hero Battle Wagon.

Houghton Mifflin Harcourt is working with global brand licensing agency, Brandgenuity, to build a licensing program for the upcoming Carmen Sandiego series reboot, set to air on Netflix in 2019.

Netflix has commissioned 20 episodes of the new animated series, which will feature Gina Rodriguez (Jane the Virgin) as the voice of the red-coated, fedora-wearing super thief. Carmen’s sidekick, Player, will be voiced by Finn Wolfhard (Stranger Things).

Carmen Sandiego originally starred in more than 20 computer games and a hit TV show that aired for several years on PBS. In the new series, viewers will learn about Carmen’s past and follow along with her through a fresh set of capers around the globe.

The agency is also building licensing programs for the classic Carmen Sandiego brand, as well as for the retro computer game of the 80s and 90s, The Oregon Trail, with first products for both launching for holiday 2017.

The initial line will highlight two of the characters in the Star Trek universe with articulated 7-inch figures of U.S.S. Enterprise Captain James T. Kirk from Star Trek: The Original Series and U.S.S. Enterprise NCC-1701-D Captain Jean-Luc Picard from Star Trek: The Next Generation. These figures will debut in window box collector packaging and feature iconic accessories such as phasers and communicators. Various characters from the Star Trek: Discovery television series and other adaptations will follow.

McFarlane’s Star Trek toys will be available in the spring 2018 at major retailers worldwide.

Licensing Works! signs a roster of new licensees in support of the 75th anniversary of The Little Prince/Le Petit Prince. A host of new partners join offerings from long-time master publishing partner Houghton Mifflin Harcourt (HMH) to celebrate this milestone in 2018.

An anniversary calendar from Rizzoli’s Universe imprint is now available for pre-orders online and in stores soon. Out of Print is in market with bags, tops, unisex socks, onesies, pins, and cases including a Nook-exclusive case available only at Barnes & Noble. Culturenik is offering bookmarks, boxed gift mugs, canvas prints, and small format prints. Vinca offers earrings and necklaces. Riley Blake will release customizable fabric, notions, and a fabric storybook. Litographs offers T-shirts, scarves, posters, and bags that each feature the completed story within the design. Socksmith showcase a line of men’s and women’s socks. G. Arts has created a range of laser-cut wood products including lights, clocks, framed prints and magnets. Walls360 continues to offer a full range of lift-and-place wall graphics. Sofitel Luxury Hotels continues a five-year relationship with Le Petit Prince, which will include the 75th anniversary in 2018. Working together, in support of the Antoine de Saint-Exupéry Foundation for Youth (FASEJ), consumers can enjoy special offers through “Magnifique Family” translated throughout the Sofitel system with special programs targeted to young travelers and their families.

The Little Prince/Le Petit Prince is a worldwide publishing phenomenon. With 300 official translations, The Little Prince is the most translated book in the world, after the Bible.  There have been more than 200 million copies in print with more than 500 million readers globally. The book continues to sell two million copies annually, with 300,000 sold in English in the U.S. each year.

Seltzer Licensing Group will work closely with the Airheads teams to identify and secure additional licensing partners across multiple categories including foods, beverage, lifestyle, housewares, and others.