Alpha Group US LLC, a subsidiary of Alpha Group, announced its creative partnership with Man of Action Entertainment, the creators of Ben 10 and Big Hero 6. Alpha and Man of Action will team up to write and produce a brand new original animated series.

“We’re thrilled to be partnering with best-in-class creative teams like Man of Action and WexWorks Media to develop dynamic new content,” says Brehan Maul, vice-president, marketing, Alpha Group US LLC. “This project represents one of many ways we are approaching development, and will anchor our growing slate of animation content.” 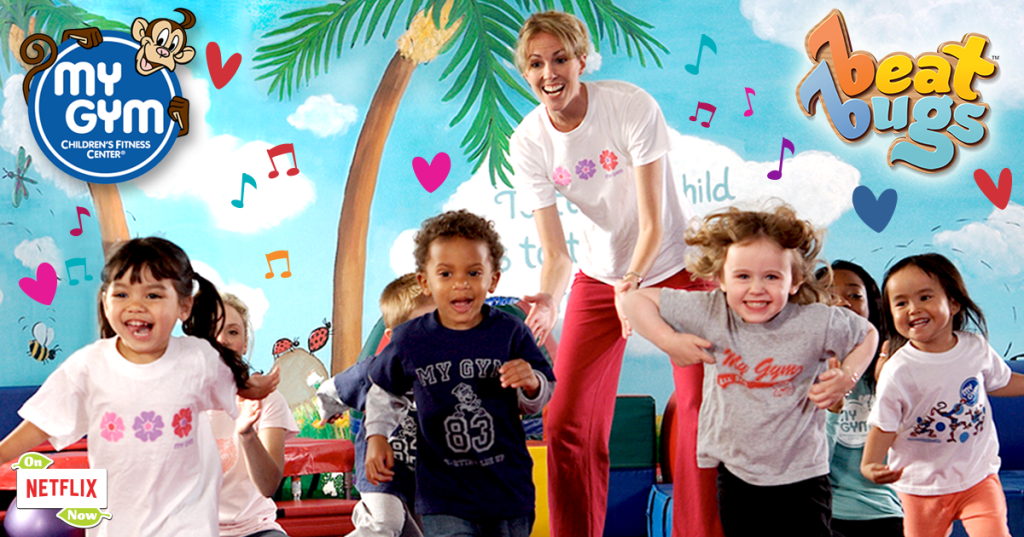 Beat Bugs Heads to My Gym

Beat Bugs have struck a chord with My Gym to activate a musically-inspired promotion at 178 My Gym locations in the U.S., Canada, the UK, and Australia this summer. This month through July, children who attend classes at My Gym will enjoy Beat Bugs-inspired music, games, and other activities, including coloring sheets and puppet shows.

Created by Josh Wakely, Beat Bugs, is an animated kids series featuring music inspired by The Beatles. Currently on Netflix, the story revolves around the lives and adventures of five best friends; charming and funny child-like bugs that explore and learn in their suburban backyard home. Each episode ties in a song made famous by the Beatles in a child-friendly fashion, sung by one of the characters or guest stars, which include P!nk, Sia, Aloe Blacc, Rod Stewart, Jennifer Hudson, and more.

The new platform, powered by IBM Cloud, enables an ecosystem of software developers, researchers, educational toy companies, and educators to tap IBM Watson cognitive capabilities and Sesame Workshop’s early childhood expertise to build experiences to help advance children’s education and learning. The cognitive vocabulary app is one of the first of many cognitive apps, games, and educational toys that will be built over time on this new platform, as a result of companies’ collaboration announced last year.

The Gwinnett pilot program marks the first time that Sesame Workshop expertise and Watson technology have been introduced into classrooms to be tested by students and educators. In the initial phase, Gwinnett kindergartners and teachers in six classrooms engaged with a tablet-based, cognitive vocabulary app built on the Watson-powered intelligent play and learning platform to enhance vocabulary development of students. Fueled by Sesame learning design, this adaptive app features beloved Sesame Street characters alongside educational videos and word games.

Based on the initial Gwinnett pilot, with an expanded pilot currently being planned for this fall, IBM and Sesame collected 18,000 feedback points from 120 students that helped determine a more accurate progression of words they were exposed to over a two-week period. In the pilot, students learned words that are deemed challenging for kindergarteners, including “arachnid,” “amplify,” “camouflage,” and “applause,” with initial observations showing that many students appeared to acquire new vocabulary as a result of the app.

Watson’s augmented intelligence capabilities are designed to enable the app to provide digital assistance in the classroom. Teachers can monitor children’s vocabulary development in real-time through a secure dashboard and adjust lessons, pacing, and curriculum to each child’s needs. The app will use adaptive assessments to determine a child’s current vocabulary range, and then deliver vocabulary learning experiences that focus on specific words. Continuously learning as a child engages with the app, words and areas that require additional focus are refined to deliver content and experiences that are engaging, fun and inspiring.

The app is still in early stages of development and it is being used as a vehicle to establish evidence of learning at scale. The current pilot is the first phase of a process to understand whether multi-modal learning experiences can improve vocabulary and literary. This app and others like it will soon be available on the IBM Cloud for wide adoption in schools globally. These and other educational experiences being developed on the new Platform will be modular and easy to customize, built with the needs of educators and administrators in mind. A key partner in this unique co-design process, Gwinnett County Public Schools has offered insights and feedback as joint research and development teams from IBM and Sesame Workshop evolve the app.