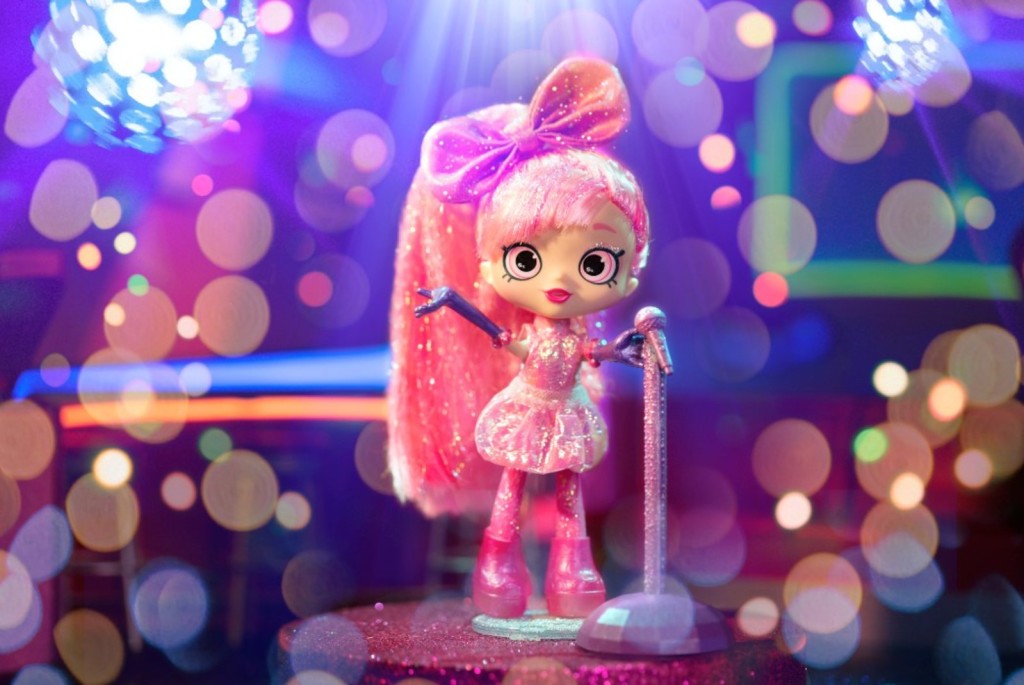 Fans will be able to sample it from the disco pink-branded truck in the area around San Diego Convention City on Thursday, July 20 (and at the Coolhaus Culver City store location for a limited time only). Ten customers will have the chance to win the exclusive doll—every 100th customer will receive a Bubbleisha doll.

The Bubble Gum Pop Bubbleisha doll is the follow-up to the 2016 San Diego Comic-Con debut sell-out Golden Cupcake Jessicake doll. Bubbleisha is featured as the Queen of Karaoke, dressed in pink holographic with a collectible holographic boom box packaging. The limited edition item also includes two exclusive Shopkins in translucent finish with iridescent glitter, and an exclusive retro cassette-tape VIP card. This year’s doll will be limited to 1,500 units worldwide and each will be individually numbered.

Fisher-Price’s new collaboration with Three Guns is part of its strategy for building a comprehensive ecosystem with partners through a series of collaborations in support of early childhood development in China. This May, Fisher-Price launched the Think & Learn series with Amazon, redefining the value of toys to help children to reach their full potentials and develop their specific talents and aptitudes. In February, Fisher-Price formed a partnership with Baby Tree, constructing a first-of-its-kind early childhood learning online platform incorporating a broad range of content. Fisher-Price also collaborated with TEDxKids@xueyuanlu in creating the Talent Recruitment Program, giving children a chance to demonstrate their talents in front of audience.

Spin Master announced the addition of Luke Bannister to the Air Hogs roster of world-class drone pilots. The partnership will see Bannister, known as BanniUK, support the R/C brand’s growing drone race portfolio through event appearances, advertising and digital content.
A self-taught drone pilot, Bannister joined the XBlades Racing team in 2016 and took the drone race world by storm, beating 150 international challengers to win the inaugural World Drone Prix at only 15-years-old. In the months following, the British teen continued to dominate the race circuit, taking home European and UK National championship titles and placing first at the DR1 Invitational in Los Angeles. Amidst his successes, Bannister continues his A level studies while racing internationally and aims to inspire young pilots to try their hand at the rapidly growing international sport.
To kick off his partnership with Air Hogs, Bannister joined VIP, media and retailers, along with his NEXXBlades teammates at the UK launch of the Air Hogs DR1 race drones in Westfield London on July 12.

Xilam, the French animation production company, has licensed the third, fourth and fifth seasons of Oggy & the Cockroaches, arriving on the Disney Channel in Germany, Switzerland and Austria this week.
The animated comedy series will air on the Disney Channels, Monday to Fridays at 4:10 p.m. CEST.
First aired in 1998, Oggy & the Cockroaches follows the prankish misadventures and confrontations between a chubby cat named Oggy and three pesky roaches. The series is distributed in more than 160 countries around the world and is watched in 600 million homes.