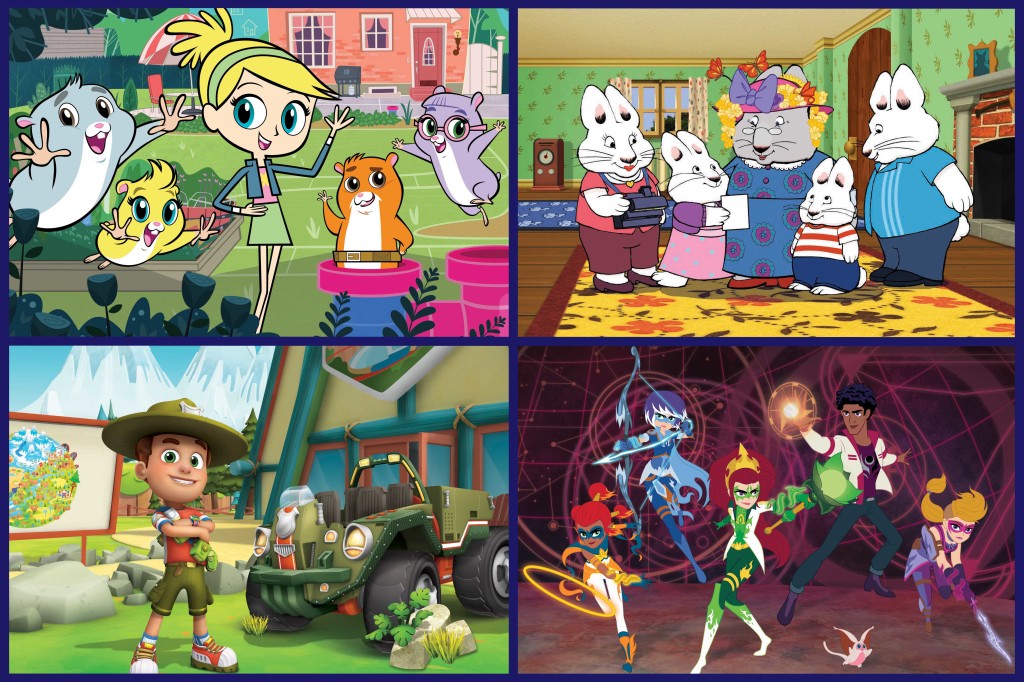 FremantleMedia to Rep Nelvana Brands Across the Pond

Nelvana Enterprises, the global licensing and merchandising arm of Nelvana, announced a strategic partnership with FremantleMedia Kids & Family (FMK) to represent its consumer products and home entertainment business in the UK across a number of brands in the Nelvana portfolio including Mysticons, The ZhuZhus, Ranger Rob, and Max & Ruby.
“We are honored to have FremantleMedia as our exclusive partner in the UK across a number of our brands,” said Pam Westman, head of Nelvana Enterprises. “FremantleMedia’s leading expertise and strategic partnerships will undoubtedly bring our properties to life through a variety of licensing categories and retail partners. We can’t wait to see the response from UK fans in this vital region.”

Microgaming has signed a licensing agreement to develop an online slot based on the original Highlander film.

“Highlander is seen as one of the great cult hits of the 80s,” says David Reynolds, games publisher at Microgaming. “With its action-packed storyline and hefty rock inspired composition, it is a fantastic brand for an online slot. The game studio is busy completing the game that captures all of the movie magic. The game’s features will incorporate the historical Scottish Highlands and gritty New York City, with a classic movie poster art style and blistering guitar tracks.”

The 243 ways game goes live December 6, and will feature classic characters such as Christopher Lambert as Connor MacLeod, Roxxane Hart as Brenda Wyatt, and Clancy Brown as The Kurgan. The deal, through Studiocanal, was brokered by Creative Licensing Corporation. Sony Pictures Consumer Products recently named Jazwares as the global master toy partner for the Hotel Transylvania franchise. For the UK territory, Rocket plans to target a number of categories in the summer-to-holiday period during, following the film’s launch in 2018, and the continuing platform of the Disney Channel broadcast.

Apparel, dress-up, footwear, publishing and back-to-school stationery and bags are among the early target categories. Greeting cards, calendars, bedding, jewellery, accessories, gifts and confectionery are also important categories, especially in the run-up to holiday 2018. All the major characters—notably Mavis, the daughter of Dracula—will inspire product themes and imagery.

The third film readies for release in summer 2018 and the first season of Hotel Transylvania: The Series recently debuted on The Disney Channel.

Xilam, the French animation production company, has signed a deal with Grani & Partners S.p.A. to include Oggy & the Cockroaches 3-D figurines in kids’ meals at Italian burger and steak house, Old Wild West.

Brokered by Xilam’s Italian licensing agent Discovery Kids, the deal will run from October 2017 and will be available in more than 160 Old Wild West restaurants across Italy. Oggy & the Cockroaches figurines will come in four different varieties and will be based on season 5 (Oggy through the Ages) of the show.

The deal adds to Xilam’s growing presence in Italy, where Discovery Italy’s kids’ channel K2 will launch season 5 of Oggy & the Cockroaches this month. 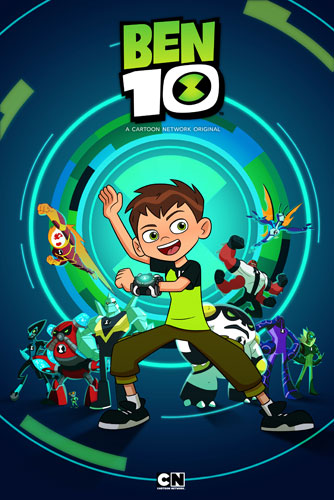 Cartoon Network details its comprehensive first collection of EMEA licensing partners for Ben 10. The program is anchored by master global toy partner Playmates, with Giochi Preziosi Group on board as the pan-European marketing and distribution partner and Flair distributing the range in the UK. Cartoon Network is assembling a robust lineup of partners for additional key categories and products will begin rolling out this fall/winter.

In the UK, kicking off the apparel and accessories category are Smith & Brooks (daywear), Fashion UK (daywear), Cooneen Group (nightwear and underwear), Drew Pearson International (accessories), and Roy Lowe and Sons (socks). The first publishing licensees signed are Centum Books (master publishing partner) and Panini (magazine) with Dreamtex (bedding) and Zak (dinnerware and drinkware) are on board.

In Spain and Portugal, the brand’s first partners include Air Val Iberia (personal care), and Kid Licensing Iberia (watches and lights). In Poland, Uroda (bedding) and Smyk (apparel, footwear and accessories) will expand the Ben 10 merchandise offering and, in Turkey, Zorluteks Tekstil Ticaret Ve Sanayi A.S.(bedding) builds the homewares category. In Italy, Commerciale Campana Srl (footwear) and Original Marines (apparel and accessories) join the line-up while Sun City Sasu is developing kidswear and fashion accessories for the Italian and Iberian markets. Additionally, Skybrands is on board for bedding and kidswear in the Nordic region and will also launch bedding in Germany.

Saban Brands and longstanding toy partner Bandai are teaming with major retailers across EMEA for Ninja Steel products and supporting the launch. The Entertainer ran a comprehensive marketing campaign that included four Super Saturdays events across its stores where fans could take part in challenges inspired by the new toys, enter competitions, and get exclusive discounts. Alongside this, Toys “R” Us was home to front-of-store feature space and will showcase the new toy range until August 2018.

With almost 50 licensees, Bandai has launched a brand new Ninja Steel line of action figure and roleplay toys. New additions to Saban Brands’ lineup include Sambro for backpacks/arts & crafts, IMC for RC and electronic toys, as well as Basic Fun for Mash’Ems and Blast’Ems. Alongside these deals, Saban Brands renewed its long-standing partnerships with Rubies (dress-up) and AFG Media (Morphsuits) and continues to see significant growth with apparel partner Smith and Brooks.