Spielwarenmesse, from January 31–February 4, will provide an extensive insight into the latest international licensing trends and innovations along with knowledge about this sector thanks to the long-term partnership with the International Licensing Industry Merchandisers’ Association (LIMA). This partnership provides licensors and licensees with a central point of contact, while giving rise to a new presentation format, the LicensePreview.

The LicensePreview at the Spielwarenmesse will offer LIMA members the opportunity to invite selected business contacts to view their licenses in private rooms, offering an exclusive atmosphere. Among them are top studios such as CPLG (Paramount Pictures), Fox Consumer Products, and NBC Universal. This marks the continued evolution of the partnership between the Spielwarenmesse and LIMA which was forged in 2017. In addition, LIMA marks its return to Hall 12.0 and LIMA head, Charles Riotto will hold a presentation at the Toy Business Forum on January 31 on the topic of “Worldwide Trends in Licensing”.

Following the show’s successful premiere on Nicktoons in the U.S., Nickelodeon International has picked it up for air across more than 140 territories. Produced by DHX Media, Massive Monster Mayhem is co-created by Artur Spigel (founder of 7ate9 Entertainment) and Michael Chaves.

Massive Monster Mayhem is an original show for kids 6–11 that combines live action and CGI-animation with real competition and comedy. Each episode features three real-life kid heroes competing in a gauntlet of Intergalactic Battle Alliance challenges to become “Earth’s champion” and face off against Master Mayhem’s league of monsters in the ultimate “Monster Mashdown.”

Massive Monster Mayhem originally launched on Nicktoons in the U.S. in October 2017. As part of the new agreement, it will begin rolling out on Nickelodeon’s international channels in 2018, with season one scheduled to premiere on the broadcaster’s Nordics, Australian and MENA channels in January. The series will roll out across remaining territories throughout the year.

Global distribution for Massive Monster Mayhem is handled by DHX Media, while licensing is managed by the company’s brand management and consumer products arm, DHX Brands.

Bejuba! Entertainment and Koko Rose Media have partnered with Canadian studio Yeti Farm, and writer Scott Cameron on its preschool series, Flora of the Forest. The new CG-animated series will be presented by Bejuba! at Kidscreen Summit 2018.

Scott Cameron is a two-time Emmy Award-winning producer whose writing and educator credits include Cottonwood Media’s preschool hit The Ollie & Moon Show, Curious George, and Sesame Workshop’s The Electric Company. Flora of the Forest‘s co-developer and showrunner Karen Fowler helmed The Electric Company, where she won three Emmy’s for her role as creative head and executive producer.

Yeti Farm is a script-to-screen animation studio located in Kelowna, British Columbia, Canada. While Yeti Farm is best known for its production services to other brands, the studio is now fully immersed in production of its own slate of original IP.

Created by Jo Rose, the CG-animated preschool series stars a 7-year-old girl who lives in a treehouse with her scientist mom. Flora’s untamable desire to burrow into the world around her—with the help of her furry friends, her handy goggles, and her ever-present journal—earns her the title of “Citizen Scientist, Journalist Extraordinaire” every day.

All rights to Flora of the Forest are held by Koko Rose Media, a joint venture between Managing Director Lisa Hryniewicz, and Creative Director Jo Rose, while distribution is managed by Bejuba! 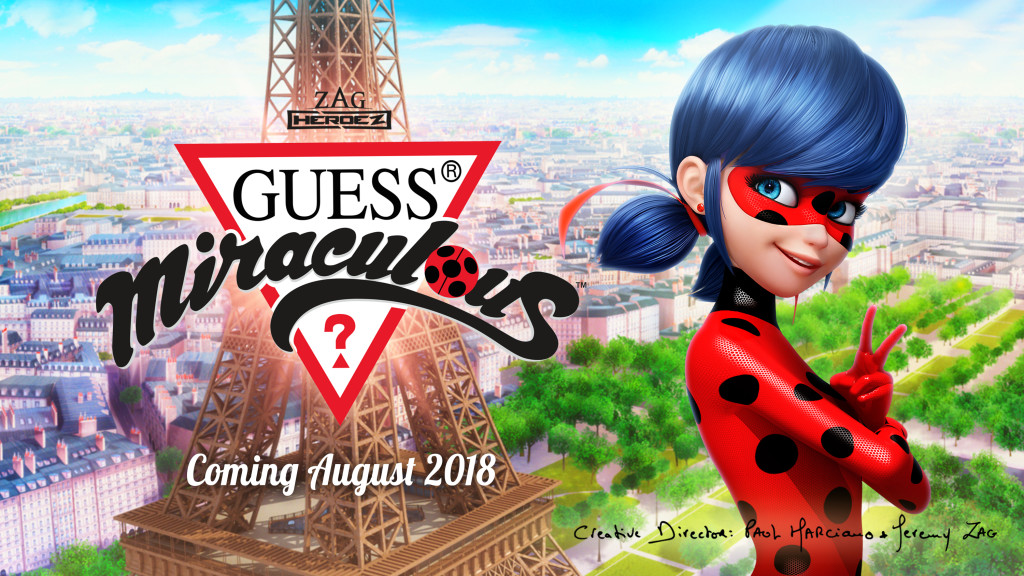 The collection is inspired by the iconic superhero and Parisian stylings seen throughout the animated TV series ZAG HEROEZ Miraculous-Tales of Ladybug & Cat Noir. It will be brought to life with the GUESS modern twist. The “Be Miraculous” Ladybug capsule collection will feature 50 SKUs designed for girls and boys ages 6–12.

The new GUESS? Kids’ line of apparel takes its cue from the four main characters of the series, fabricated in stretch-cotton, viscose, chiffon, velvet and stretch denim. The girls’ line sports a spot motif, inspired by the Ladybug character. Floral prints that recall Marinette are offered in chiffon tops, flowing dresses with crochet bodices and satin bombers. Soft pink hues are the colors of choice for the looks inspired by Marinette, whereas red and black embody the dynamic “girl-power” of Ladybug.

For boys, fashionable fits become the perfect base for urban-cool designs, such skinny fit denim, t-shirts, check shirts, fleece and a faux-leather biker jacket. Different shades of denim and white are the colors of Adrien, while black, checks and energetic lime bring to life the world of Cat Noir.

The “Be Miraculous” Ladybug Fashion Capsule Collection will be available on the www.guess.eu<http://www.guess.eu/> website and in select GUESS retail stores starting August 2018. 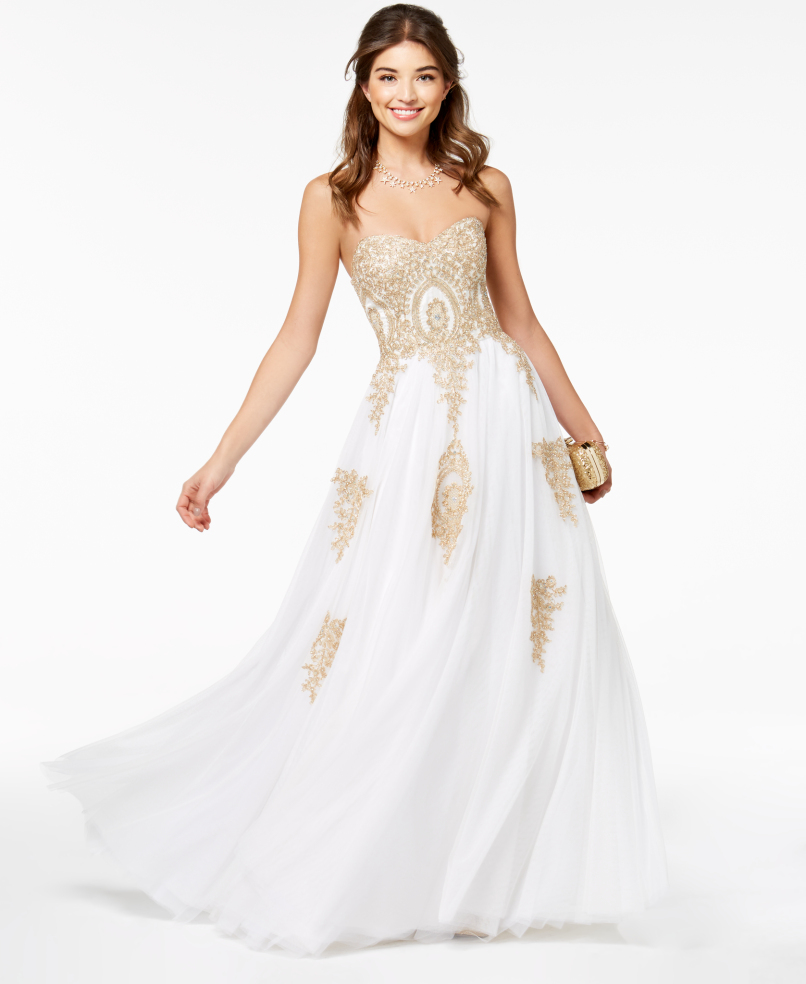 The new additions to the “Say Yes to the Prom” Line will debut in February, and were inspired by TLC’s annual Say Yes to Prom philanthropic initiative.  Say Yes to the Prom takes place annually and focuses on identifying and celebrating girls in need to help them build courage and improve their self-image.  The program kicks off after the new year with a national prom dress donation drive for high school girls and concludes with a red-carpet event and a broadcast special to air this spring. Deserving high school girls from across the U.S. are invited for a day of shopping with star of TLC’s Say Yes to the Dress, Monte Durham, and head-to-toe pampering to get them ready for prom night.

KIDZ BOP and Live Nation have announced the launch of the all-new North American tour, KIDZ BOP Live 2018. The tour announcement coincides with the release of KIDZ BOP 37, the latest album in the best-selling music series. The summer leg of the all-new tour kicks off in Toronto on June 1 and will hit more than 30 cities, including New York, Los Angeles, and Boston. Tickets for spring & summer dates of the KIDZ BOP Live 2018 tour go on sale to the general public starting Friday, January 19 at LiveNation.com.

Additional fan presales will run throughout the week, including offers for past KIDZ BOP ticket purchasers and Spotify listeners. Special VIP packages, which include a private party, exclusive merchandise, and a meet-and-greet with The KIDZ BOP Kids will also be available. Artist Group International (AGI) is representing the KIDZ BOP tour.

This year, KIDZ BOP has also partnered with SRae Productions, which has produced tours for top artists including Imagine Dragons, The Weeknd, Rascal Flatts and Pentatonix, to help create the KIDZ BOP live show.

For a full list of tour dates and ticket information, visit kidzbop.com/tours  or LiveNation.com.