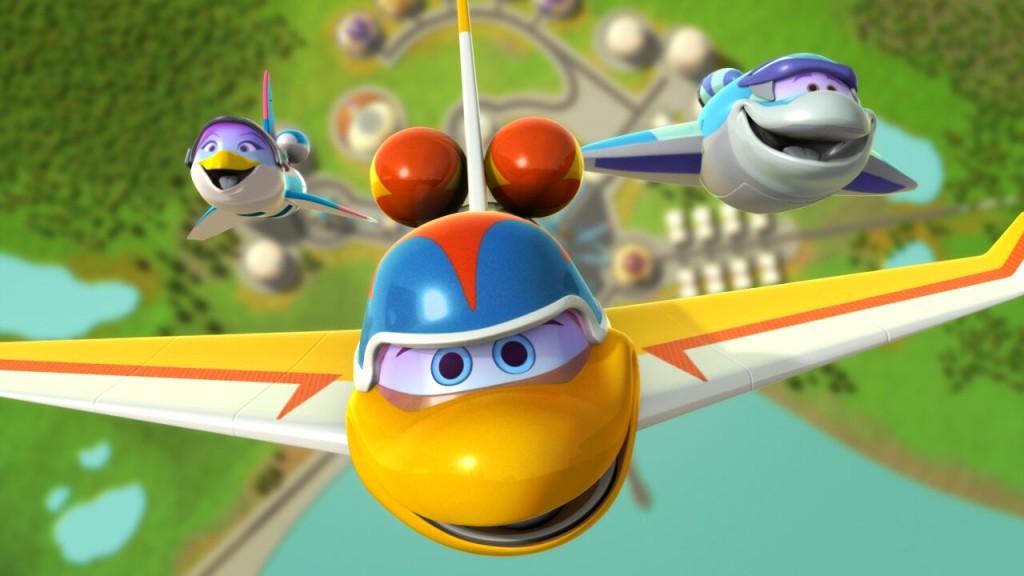 In a far-reaching partnership, UYoung will distribute a localized version of the Space Racers television show via multiple channels and also build a wide-ranging merchandising program.

“Though Space Racers is currently translated into more than 25 different languages and shown in 130 countries, partnering with a valued and successful television distribution and consumer products business such as UYoung is set to expand our audience tremendously,” says Michael Matays, CEO of Space Race and executive producer of Space Racers. “By delivering vibrant STEM programming to children in China, one of the world’s largest markets, we elevate our licensing program to a new level. We are excited to see Space Racers perform with the Chinese audience, both on TV and in consumer products.”

Harvie and the Magic Museum premiered in English at the Berlin European Film Market earlier this year after its release in the domestic Czech market in August 2017, where it became the most successful European animated film of all time taking in more than $1 million at the box office.

Produced by Rolling Pictures (Czech Republic), Harvie and the Magic Museum is co-production with Grid VFX (Belgium) and KinoAtis (Russia).

Lisa Marks Associates has added a number of key apparel and accessories licensing partners in North America for the Chupa Chups brand.

Ripple Junction launches a juniors’ and men’s apparel program in the U.S. and Canada, debuting Chupa Chups tees in It’Sugar this month. The program will broaden to include sleepwear, sweatshirts, and tanks to retail in multiple channels including mass, mid-tier, department, and specialty stores.

United Legwear will launch a capsule collection of Chupa Chups socks for spring 2019, showcasing the brand’s colorful graphics. The collection will be available at company-owned Fun Company/Fun Socks stores and its online site, along with department and specialty retailers.

Body Rags has signed on for apparel and headwear for men, women, juniors, and youth. The line will be available in specialty stores in the U.S., in Urban Outfitters and TK Maxx in the UK, and is scheduled for introduction summer 2018.

Inspired by Chupa Chups’ flavors, US Nonwovens, is creating a line of Chupa Chups-scented candles for the U.S. and Canadian markets launching Q3/Q4.

Night : Shift will develop a broad range of Chupa Chups home accessories and sleepwear for North America which will launch Q4. The collection encompasses bedding, throws, decorative pillows, and loungewear including pajamas, robes, slippers, and onesies.