Mattel has launched a two-year collaboration with the United Nations (UN) for the latest series of Thomas & Friends, which will promote the UN’s Sustainable Development Goals (SDGs) to its young audience. 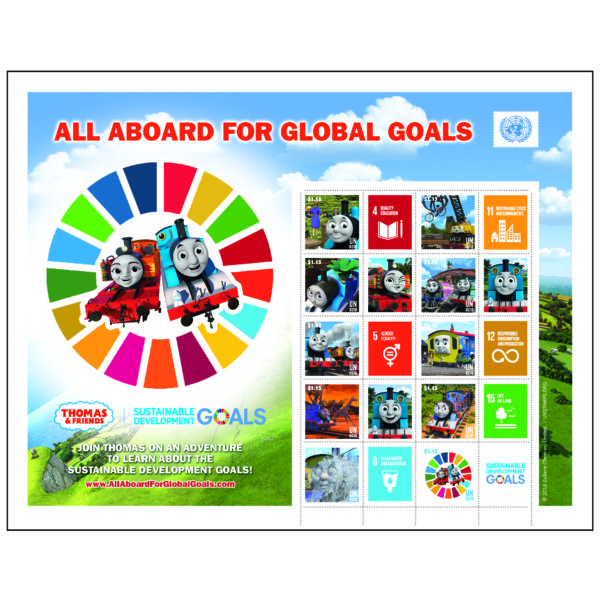 The Thomas & Friends production team collaborated with the UN Department of Public Information’s Creative Community Outreach Initiative to develop content inspired by six of the 17 SDGs: No. 4: Quality Education, No. 5: Gender Equality, No. 6: Clean Water and Sanitation, No. 11: Sustainable Cities and Communities, No. 12: Responsible Consumption and Production, and No. 15: Life on Land.

Following market research with kids and parents around the world, the new series will have a more contemporary feel, a new theme song, and a new Steam Team that ensures gender equality.
The series will also have Thomas leaving Sodor for the first time, introducing kids to new cultures, countries, and characters such as Nia from Africa, Ashima from India, Yong Bao from China, and Shane from Australia.The collaboration will also include parent tips, activity sheets, and short-form content available on the microsite, allaboardforglobalgoals.com.

The United Nations Postal Administration (UNPA) also unveiled a special event stamp sheet on September 7 to commemorate the All Aboard for Global Goals initiative featuring Thomas & Friends. The sheet of 10 stamps feature images of Thomas & Friends and includes the six SDPs highlighted in the series. The stamp sheet can be personalized with your picture on it. It’s now available on www.unstamps.org or UNPA stamp shops in New York, Geneva, and Vienna.

Corus Entertainment’s Nelvana inked a multi-year home entertainment deal with Cinedigm for multiple titles from its children’s content library including Babar, Babar and the Adventures of Badou, and Bakugan Battle Brawlers.
Los Angeles-based Cinedigm has taken DVD and transactional digital rights for more than 3,000 episodes and will kick off the deal with Nelvana’s preschool series Ranger Rob, which focuses on the adventures of the Big Sky Park ranger and his friends. 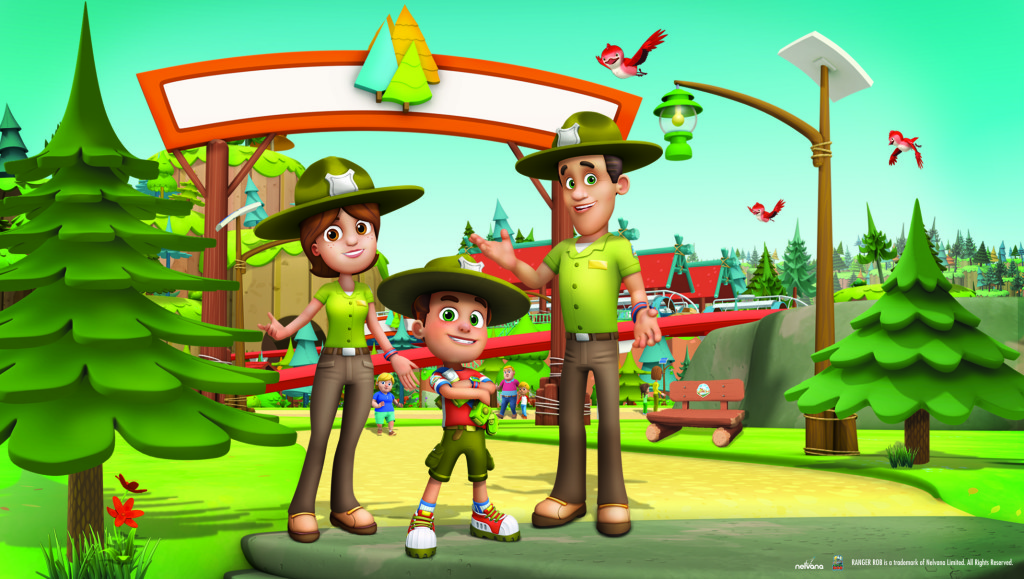 Additionally, Cinedigm will release DVDs of The ZhuZhus, the Disney Channel series based on the $2 billion toy brand. Nelvana’s comedy series 6Teen, and CGI interactive series Little Charmers are also included in the deal. Cinedigm will release Babar  and Father Christmas, Babar: King of the Elephants, Babar: The Movie, Franklin and the Turtle Lake Treasure, and Pippi Longstocking for digital purchase in November. 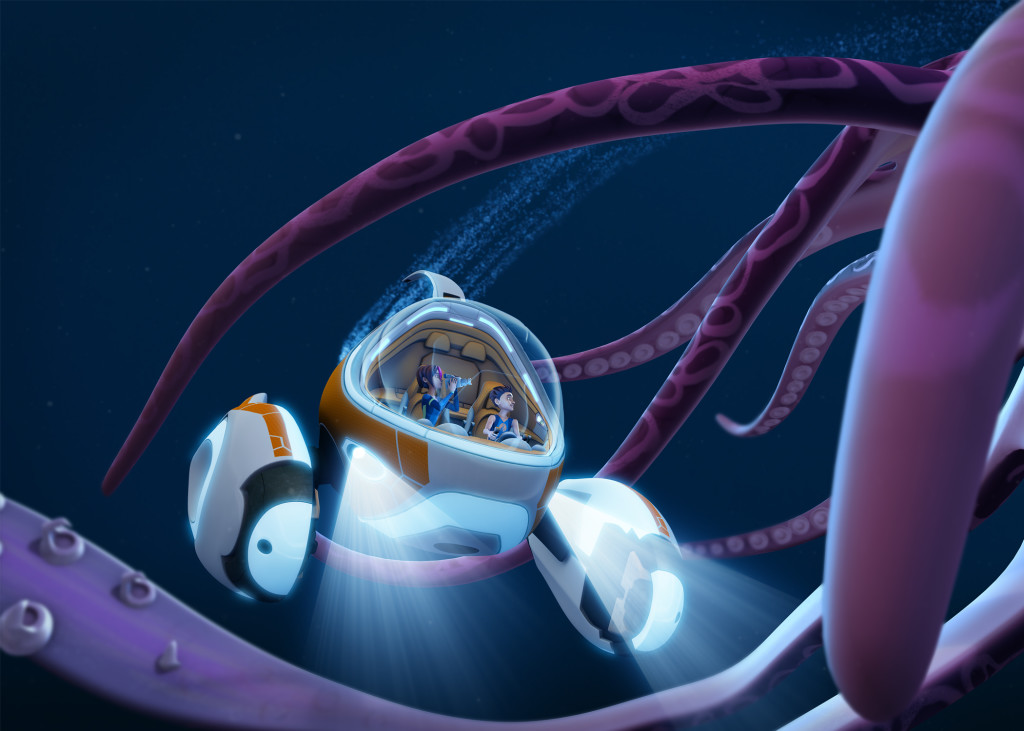 Technicolor has named Nekton Oxford Deep Ocean Exploration Institute as an official educational partner and consultant for  the animated underwater adventure series, The Deep, based on Tom Taylor’s graphic novel series of the same name.

Through the strategic partnership, Technicolor and Nekton will produce co-branded STEM materials and videos featuring characters from The Deep and real-life content from Nekton’s missions that can be shared across platforms and with schools globally, along with aquarium partners; and develop a major consumer promotion for The Deep that coincides with Nekton’s phase-two Mission—exploring the Indian Ocean, the planet’s least known ocean.

Nekton works in collaboration with the University of Oxford and is funded by a combination of income from foundations, corporate and science/education institutions, along with individual donors to accelerate scientific discovery and ocean governance, and combines scientific research ocean policy, public engagement, and education.

Starting September 10, a Louise Belcher Funko Pop! collectible figure will be sold exclusively at BoxLunch stores and BoxLunch.com. The nationwide collaboration supports Feeding America’s Hunger Action Month, which brings attention to the reality of food insecurity in the U.S. and promotes ways to get involved in the movement to help end hunger. The Louise Belcher Funko Pop! will retail for $12.90 and each purchase will help provide 10 meals to Feeding America from now through February 2, 2019, up to a maximum donation of $22,302.