At launch, the Kickstarter saw $1 million dollars pledged in the first 13 minutes, doubling to $2 million within the hour. Breaking numerous records, the campaign closed with over $9 million pledged and claimed its spot as the:

· Most backed Zombicide Kickstarter of all time

· #1 CMON Kickstarter of all time

“We are blown away by the response of hungry fans who share our passion for this bold and action-packed gameplay,” said Chris Beardall, Spin Master’s President of Toys and Chief Commercial Officer. “The incredible results, both the dynamic game and the overwhelming success of the Kickstarter, are a true testament to the power of our partnership with CMON, Marvel and our dedicated teams.”

“This has shattered our records in resounding ways,” said Geoff Skinner, CMON’s SVP. “This was our 50th campaign in 10 years on Kickstarter, and it’s outsized performance is all thanks to our talented designers, artists, sculptors and, of course, our amazing fans.”

The third Marvel Kickstarter for the duo, Spin Master Games and CMON first joined forces in February 2020 to launch Marvel United. A top-secret project that had been in development for nearly two years, the campaign had over 20,000 backers pledge $2.8M to bring the project to life. The second Kickstarter for Marvel United: X-Men reached it’s $300,000 funding goal within minutes, closing the 22-day campaign with $5.9M and over 25,000 backers. 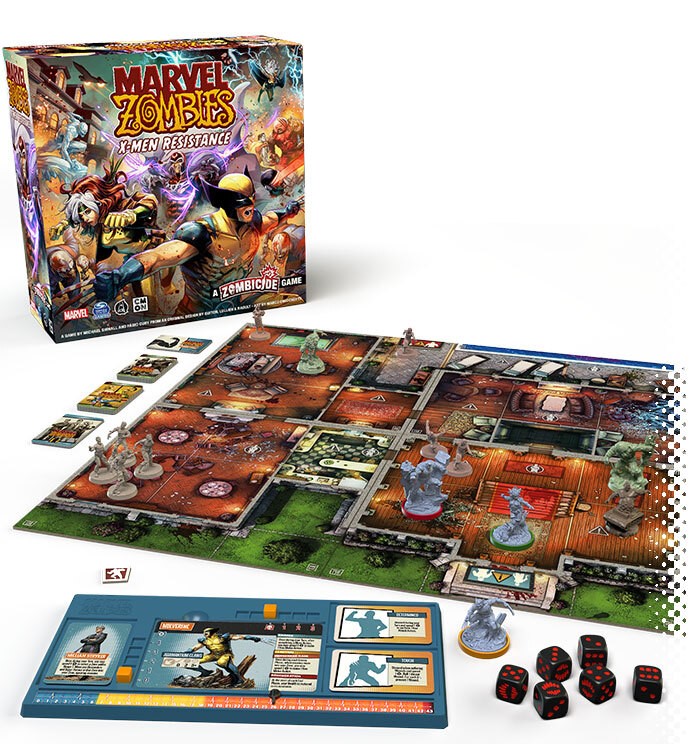