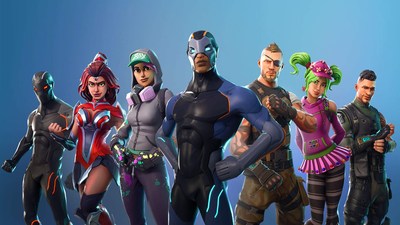 Moose Toys announced a new partnership with Epic Games to create a wide range of mini collectibles based on the action-building game Fortnite, in a deal brokered by IMG.

Moose Toys will be the global partner for Fortnite-branded figures three-inches tall or less. The Fortnite Battle Royale Collection, which launches this fall, will feature a roster of characters and miniature scale fort building sets.

Launching in December 2018, the Fortnite Battle Royale Collection will be available for purchase at retailers around the world. Additional Fortnite lines from Moose Toys, ranging from micro-collectibles to battle playsets, will hit stores in 2019. 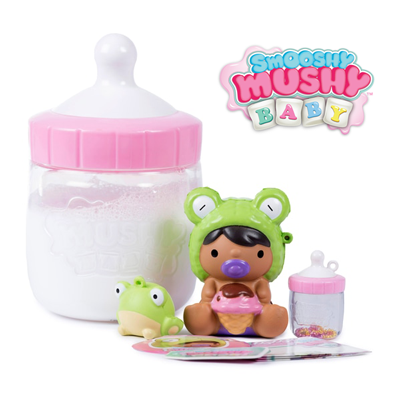 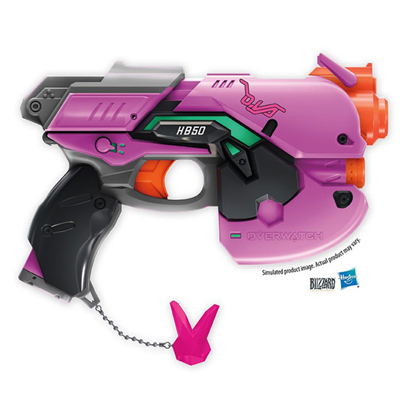 The new Smooshy Mushy Baby bottle, with magic disappearing milk, includes a Smooshy Mushy Baby, plushie friend, a tiny baby bottle, bling ball chains, name tag, sticker, and collector poster that doubles as a birth certificate. The new line includes waves of collectible characters, each with different hair colors, themes, and accessories. The line is available worldwide, including Target, Walmart, and others in the U.S. 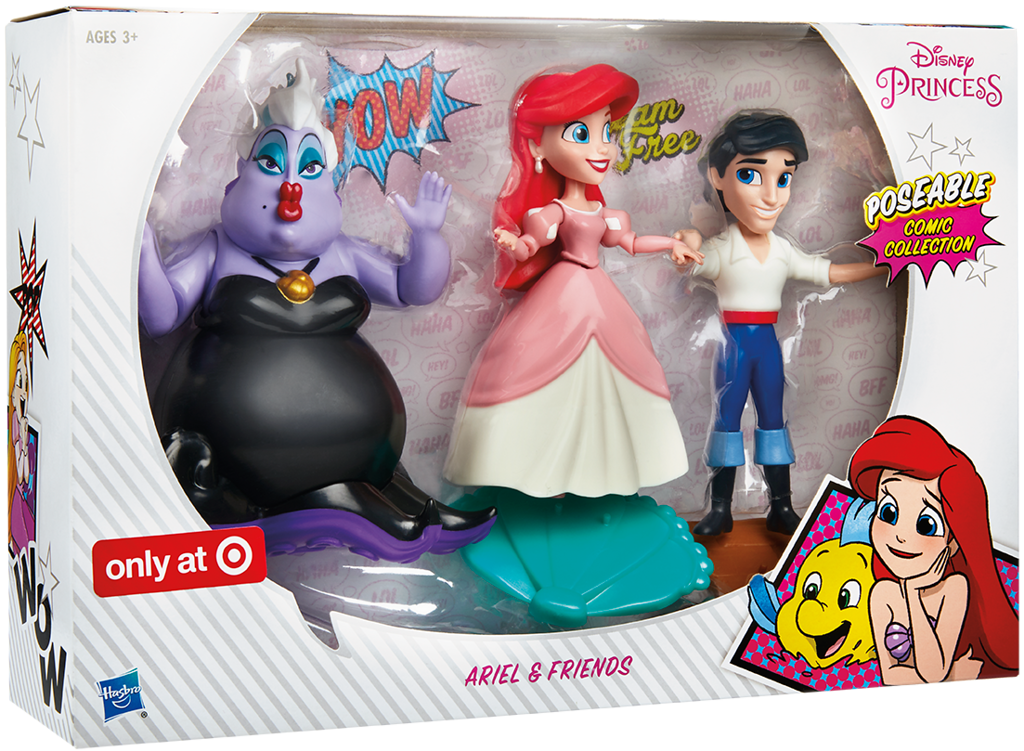 Blizzard Entertainment arrived at ChinaJoy, China’s Digital Entertainment Expo & Conference, with a special reveal for fans of Overwatch: a sneak peek at the Nerf Rival Overwatch D.VA blaster. Designed in the style of D.VA’s signature accessory in Overwatch, this is a true-to-game fully functional blaster.

The D.VA Blaster is the second in the series developed in a collaboration between Blizzard Entertainment and the Nerf Rival brand to bring iconic Overwatch accessories to life. Fans of the team-based action game will get Nerf Rival rounds with the Overwatch logo that are specifically colored for each blaster. The blaster holds three Nerf Rival rounds, and blasts at a velocity of up to 80 feet per second, according to the companies. It will come equipped with a spring-action mechanism, a ready indicator, and a safety lock, and features D.VA’s signature bunny charm.

The Nerf Rival Overwatch D.VA blaster will launch in 2019.

Created by cartoonist and illustrator Amy Mebberson, the bite-sized comic strip stories, bound in a hardcover graphic novel, follow the Disney Princesses as they face the day-to-day situations of their worlds. Drawn with a unique art style and infused with relatable charm, the comics offer a new take on some of Disney’s most iconic characters.

Three tops by Hybrid Promotions feature the speech bubble wit alongside our Princesses reimagined in this art style. Styles include both long sleeve and short sleeve.

The Disney Princess Comics line is available now at Target and Target.com.

Quercetti Brings its Classic STEAM Toys Back to the U.S.

Quercetti, the nearly 70-year old Italian toy brand, is relaunching its classic line of STEAM toys into the U.S. market.

Quercetti products have been in the company’s line for generations. “For us STEAM-centered play is not a fad or a trend,” says Stefano Quercetti, president of Quercetti Toys, distributed in the U.S. by KidSource Products. “We know that shining the spotlight on science, technology, engineering, art, and math through toys and play is how children grow into intelligent, forward-thinking adults with a passion for these subjects.”

The company’s product lines all feature bright colors along with textures and shapes meant to be discovered and handled across all age groups. The line includes Cuboga, a new twist on the classic marble run; Rami, which uses levers and push the buttons to move marbles along the Rami path; the Sky Rail assortment of products;
World of Flight, which includes five styles of high-performance flying models to build and fly; and Tecno Toolbox, a series of build-and-play kits. Quercetti is currently available at specialty toy stores nationwide as well as Amazon.com.

Founded by Alessandro Quercetti in 1950, Quercetti is a family business with the second generation of the family currently at the helm. The company’s toys are designed and manufactured in Italy.