The U.S. toy industry sales grew by 7 percent to $7.9 billion in the first half of 2018, The NPD Group reported. More than these six months, which included the beginning and end of the Toys “R” Us liquidation, there were a number of catalysts for growth.

“It is likely that the Toys “R” Us news has kept toys top-of-mind for parents and grandparents when shopping for kids in general, benefiting both consumers and the industry,” says Juli Lennett, senior vice-president and industry advisor, Toys, The NPD Group. “I am also convinced that the strong toy industry growth so far this year has been at least partially supported by the empathy that people felt towards losing a store like Toys “R” Us. I think it brought about an emotional response that resulted in parents buying more toys overall.”

The strongest growth driver in the first half came from toys priced $5-19.99, and this was led by L.O.L. Surprise!, Marvel, Fingerlings, Hatchimals, and Soft N Slo Squishes. The influence of these toy properties is also seen when looking at the toy industry’s performance by super category.

Youth Electronics was the fastest growing super category in the market, up 43 percent, driven by Fingerlings, Star Wars, and Tamagotchi. According to NPD’s The Future of Toys report, growth in Youth Electronics is expected to continue over the next year and a half, stemming mainly from robotic/interactive playmates, as manufacturers place heightened emphasis on technology to compete with tech products sold outside of the toy industry.

Sales in Dolls grew by 17 percent, led by L.O.L. Surprise!, Hatchimals, and Barbie. These three toy properties alone captured over two-thirds of the super category’s growth. While playset dolls and collectibles has been the star segment within Dolls, The Future of Toys report highlights that fashion dolls, roleplay, and large dolls are expected to perform strongly starting in the second half of next year due to the expected positive effects of the November 2019 movie release of Frozen 2.

A notable turnaround to positive growth since last year primarily attributed to the Box Office, Action Figures and Accessories grew its sales by 16 percent. The super category was lifted by the movie release of Black Panther in February, Avengers Infinity War in April, and Jurassic World: Fallen Kingdom in June.

Amazon takes the title of Parents’ Most Loved Brand for the second year in a row, according to the 2018 Brand Love study of more than 8,900 children and their parents. The e-commerce giant nudged out Crayola by less than one point on Smarty Pants research firm’s proprietary Parentfinity metric.

“From back-to-school shopping, to Prime Video, to the Echo Dot Kids Edition, Amazon is changing families’ lives and revolutionizing what it means to be a parent today,” says Smarty Pants President Wynne Tyree.

Netflix took the No. 3 position, followed closely by Google. Both digital content providers rose 10 points since 2017. In the 23rd position, YouTube is also among parents’ digital favorites. The brand ranks No. 2 among kids ages 6–12.

Target is the only traditional retailer on Parents’ 25 Most Loved list, and Nike is the only apparel and footwear brand. Toy and game classics LEGO and Uno rank 13th and 20th, respectively. School-centric Scholastic and Sharpie also made the list in 2018. 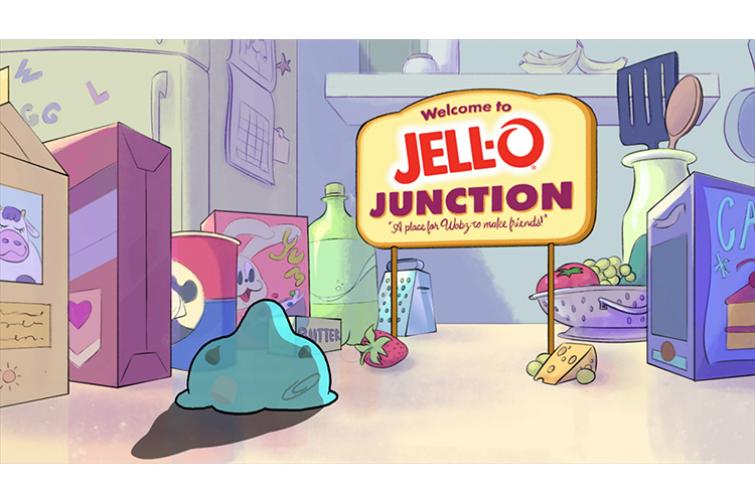 JELL-O Play launched a new animated series, The JELL-O Wobz, on YouTube and Amazon Prime Video. Created in partnership with DreamWorksTV, the series focuses on embracing imperfection and free play, themes that are central to the mission of JELL-O Play, a recently launched line of gelatin toys designed to inspire families to engage in free play and fun.

The JELL-O Wobz is comprised of six episodes that follow the Wobz, a group of lovable JELL-O characters cast from humble kitchen objects, in their adventures through a kitchen world. The show’s protagonist, Bucket, is accidentally brought to life when JELL-O powder gets knocked into a bucket and mixes with a variety of leftover kitchen junk. He meets a variety of other JELL-O characters, each cast from a different shape that reflects their unique personalities. Meg, made from a measuring cup, tends to be a bit of a perfectionist, while Walter, created from a surgical glove with the thumb cut off, must overcome his fear of making mistakes.

Each episode, which lasts approximately four minutes, follows Bucket and his new friends through different adventures. The stories are based on real-world situations in which people confront and embrace imperfection, from accepting your physical appearance to admitting your own mistakes. While the cartoon’s visuals are playful and filled with humor, the messages ring true in a moment when millennial parents feel more pressure than ever to be perfect, with nearly 80% of millennial moms reporting that it is important to be the “the perfect mom” in a recent BabyCenter study.1

The JELL-O Wobz series comes on the heels of the launch of JELL-O Play, three product lines of edible toys that can be molded, shaped, and built into whatever a child imagines, and are designed around themes such as Ocean and Jungle. All items are available on Amazon and have a suggested retail price under $5 in national retail stores.