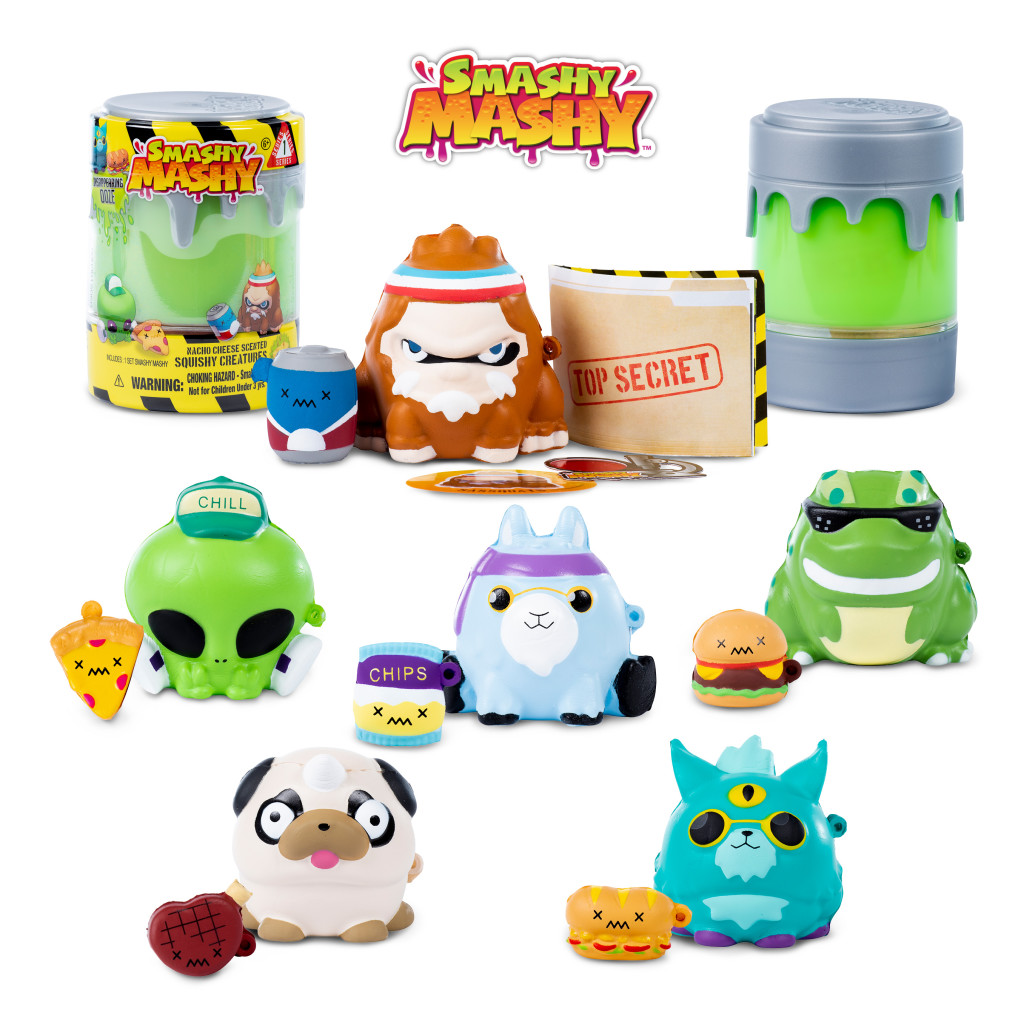 “Smooshy Mushy has been a tremendous success and as the brand has rapidly expanded, we’ve learned from our vast social media army that there’s opportunity across numerous demographics. Smashy Mashy is for boys, geeks, scientists, wanna-be aliens, gamers and our ever-passionate #smooshysquad everywhere,” says Andy Wiseman, CEO, RedwoodVentures.

Creatures in series one include: Unipug, Laidback Llama, Sneakz the Alien, and more. Each nacho cheese-scented creature comes in a stackable, reusable, hazardous waste container, which has a try-me, disappearing green ooze feature. The container includes a unique Smashy Mashy Creature, a junk food buddy, sticker, and poster with a secret decoder.

The Smashy Mashy line are now available exclusively at Walmart. 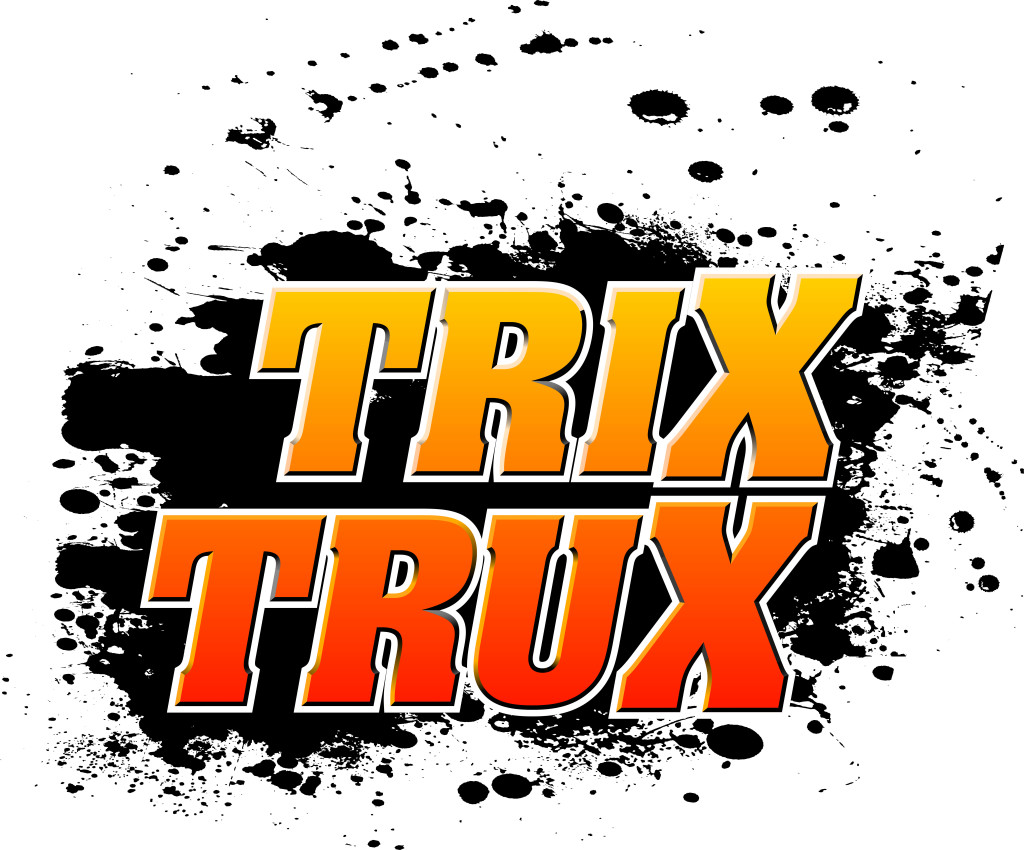 Building on its direct TV and online sales success, Trix Trux by Tristar Products Inc. are set to debut at Walmart stores across the U.S.

Kids can endlessly build and maneuver the trucks and tracks to create stunt combinations. Watch as your four-wheel drive monster truck crushes monster ramps, tidal wave obstacles, and a zip-line.

In the color-inspired party game, Pantone: The Game, 2–20 players try to recognize characters from popular culture who are represented only by abstract arrangements of colors. It is designed by Scott Rogers.

In Pantone: The Game, the player who is currently the Artist chooses a Character Card and then designs a representation of that Character using only color Swatch Cards (in 15 different colors). The other players subsequently take turns trying to guess who it is. If no one can guess the Character during a round, a Hint is given at the start of the next round, with each Hint reducing the number of points awarded to both the Artist and the player who correctly identifies the Character. The winner is the player who has the most points after each player acts as the Artist three times.

Pantone: The Game is now available at retailers nationwide.

MacGyver: The Escape Room Game is now available exclusively at Target. The multi-scenario escape room-in-a-box, under license by CBS Consumer Products, includes five, individual, hour-long missions that require players to use their mind as the ultimate weapon.

MacGyver’s team must use the interactive website to guide them through the missions, while keeping in contact with their operative at the Phoenix Foundation to track their progress. Players will need to work together and use the tools at hand to solve puzzles and diffuse bombs. Think outside of the box, as you discover secret codes, take on high-risk missions, and face off against a familiar foe.

Missions are inspired by episodes from the original show. You will work together to escape from an underground laboratory, land an airplane, survive a dangerous factory, flee from a missile silo and outsmart Murdoc in the grand finale.

The game is from Pressman, and it’s designed for 1–4 players, ages 12 and up.