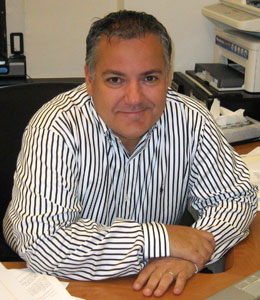 “Carmine has successfully directed the global expansion of Jakks Pacific outside of North America, bringing our brands and products to new audiences worldwide,” said Stephen Berman, president and CEO of Jakks Pacific, Inc. “Under Carmine’s leadership, Jakks Pacific products are now found in more than 60 countries and he has been instrumental in the company forging licensing, marketing, and retail partnerships with some of the biggest international toy companies around the world.”

The new position will mark her return to AGP where she previously worked as director of marketing for Holly Hobbie, Madballs, and new brands from 2006–2008. Martinez has built her career with leading entertainment and licensing organizations such as United Media, The Beanstalk Group, and HIT Entertainment. Martinez most recently served as vice-president of brand management and marketing at Chorion.

A 2011 graduate of the University of South Carolina, Flynn joins The Wildflower Group following internships at CBS Sports Network and Wicked Cow Entertainment.

In addition to its expanded team, The Wildflower Group now offers specialized consulting services through its new TWG Consulting division, which offers solutions for manufacturers, retailers, and other companies interested in tapping into the revenue potential of licensing.

SMC Entertainment Group, Inc. (SMC), an entertainment and brand management company and sister company to global consumer products manufacturer Sun-Mate Corporation, has named Heather Smith Noback as vice-president of interactive and digital media. Additionally, SMC has formed a new division to manage online and social media strategies for the company and its brands.

In her new post, Smith Noback will be responsible for the development and execution of brand strategies and for overseeing the licensing and merchandising of categories, including electronic toys, interactive gaming, and all forms of digital media across all SMC brands. She will manage traditional licensing partnerships, as well as partnerships with developers of gaming and digital distribution. Noback will also seek to build retail partnerships and promotions with online retailers and digital partners.