Target Corp. announced the appointment of Anne Dament to the role of senior vice-president, merchandising. In this role, she will be responsible for leading the repositioning of Target’s food business. She brings more than 19 years of grocery and consumer packaged goods experience to the role. She started her career in food as a buyer at Supervalu and then at Safeway where she held various category and sales management positions. In her final role at Safeway, she served as group vice-president, perishable strategy. Dament’s background also includes positions at ConAgra Foods’ subsidiary Grist Mill Co. and Otis Spunkmeyer. She joins Target from PetSmart, where she most recently served as vice-president of services.

Target previously announced that it will reposition its approach to food over the next 12–18 months. The reinvention will emphasize six key categories: better-for-you snacks, coffee and tea, premium sauces and oils, specialty candy, wine and craft beer, and yogurt and granola. It will also expand the availability of natural, organic, locally grown, and gluten-free choices. Target says the most significant changes are slated to arrive in stores in 2016.

Build-A-Bear Workshop, Inc., announced the appointment of Chris Hurt to the position of chief operations officer effective today. Hurt will lead the Build-A-Bear Workshop retail and operations teams to drive sales and profits, while promoting ongoing growth for the business. He will oversee all business operations, including the corporate strategy and structure for stores. He will report to Sharon Price John, CEO.

Hurt is a veteran operations professional with more than 20 years of retail experience in senior leadership roles. He most recently held the position of senior vice-president of North America at American Eagle Outfitters.

Prior to joining American Eagle Outfitters, Hurt spent 10 years with Polo Ralph Lauren where he held many positions including senior director of stores and regional manager. 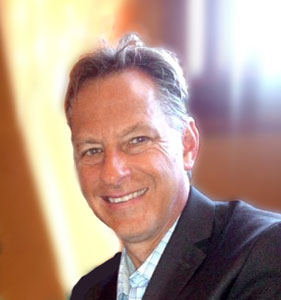 Fuhu, Inc., the creator of the nabi tablet, has hired Keith Neva as vice-president of sales. He will oversee the company’s development of a comprehensive sales strategy to both maximize the impact for the brand with current retail partners, as well as greatly expand the reach of the company’s diverse and expanding product lines into new sales channels.

He brings more than 20 years of experience managing major sales accounts in the consumer electronics industry. Previous posts include Yamaha, Westinghouse, and Monster. Prior to joining Fuhu, Neva was vice-president of sales at Griffin International Companies, Inc.

ToyService Signed as Rep for Sound of Fun

Sound of Fun, the U.S. distributor of Kiddimoto and Roomii ride-on toys, announced that it has signed ToyService, Inc., as its sales representative group in an eight-state region.

Located at the World Trade Center in Dallas, ToyService carries more than 25 lines of toys. ToyService will be selling Sound of Fun’s complete line of products throughout Texas, Oklahoma, Arkansas, Louisiana, Missouri, Iowa, Nebraska, and Kansas.