Outfit7 Group announced the appointment of Mika Kuusisto as chief revenue officer for Outfit7 and Bee7. Kuusisto will be based out of the group’s Cyprus headquarters and will report to co-founder and CEO of Outfit7 and Bee7, Samo Login.

In the newly formed role, Kuusisto is charged with spearheading growth for Outfit7, the global family entertainment company behind the Talking Tom and Friends franchise. Kuusisto will also serve the same role for Bee7, the mobile games engagement, retention, and re-engagement solution developed by Outfit7, which is now available to all developers.

Kuusisto joins from leading mobile game development platform, Unity. Prior to that, he spent 15 years working with mobile developers in the entertainment and app sectors.

CPLG, a DHX Media company, appointed Virginie Kleinclaus-Renard as managing director, CPLG France, reporting to CPLG CEO, Peter Byrne. She has 20 years of top-level experience in licensing and merchandising at Disney Consumer Products where her roles included director of infant, fashion, and home for France and retail marketing director for major retailers in France and Benelux. She also oversaw the global DTR sales development of Carrefour after starting her career as category manager in emerging markets. 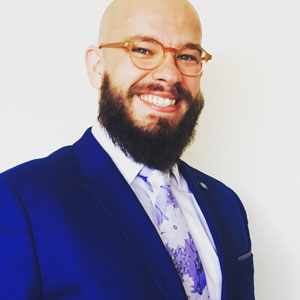 ChizComm Ltd. announced that Richard Gawlas has joined its team as public relations and marketing manager. He brings more than seven years experience to ChizComm having recently worked at TCG Toys where he managed the marketing execution and trade/consumer PR outreach for toy brands including Fisher-Price, Peppa Pig, Paw Patrol, and more. Prior to TCG, he developed national marketing and communication strategies, including event sponsorships and experiential marketing initiatives, for Metro News, the free daily newspaper.