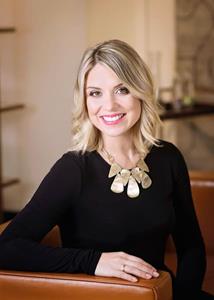 Funko appointed Molly Hartney as Chief Marketing Officer andSenior Vice-President of e-commerce. In this role, Hartney is responsible for optimizing the company’s marketing and digital presence, building brand strength, and driving sales through all channels as the company continues to grow and scale.

Hartney brings more than 12 years of marketing and leadership experience to Funko. Most recently, she served as the vice-president of marketing and merchandising for a Lowe’s affiliated company, The Mine, where she spearheaded the brand’s digital transformation, brand management, marketing communications, market research and, the customer journey. Prior to this she held various e-commerce and marketing roles at Lowe’s Home Improvement, where she was responsible for developing and leading strategy by optimizing the company’s marketing and digital presence to drive sales growth and customer loyalty.

Target Elects Dmitri Stockton to Board

Stockton spent 30 years at GE prior to retiring in March 2017. During his tenure, he held a series of escalating leadership positions and spent a decade working in France, Switzerland, and the UK. From December 2008 to April 2011, Stockton served as president and CEO of GE Capital Global Banking, where he was responsible for $5 billion in revenue and approximately 40,000 employees. From May 2011 to December 2016, Stockton served as chairman, president and CEO of GE Asset Management and led the sale of the business to State Street Global Advisors in July 2016. His most recent role at the company was senior vice-president and special advisor to the chairman. Stockton currently serves on the boards of Deere & Company, American Family Insurance, and Ryder System as well as the Georgetown University Board of Regents.

The Walt Disney Company announced a strategic reorganization of its businesses into four segments: the newly-formed Direct-to-Consumer and International; the combined Parks, Experiences and Consumer Products; Media Networks; and Studio Entertainment. The reorganization is effective immediately.

Kevin Mayer, who has served as Disney’s Chief Strategy Officer since 2015, has been named Chairman of the new Direct-to-Consumer and International business segments. During  Mayer’s tenure at Disney, he has overseen the company’s key strategic acquisitions of Pixar, Marvel, Lucasfilm, and most recently, its pending deal for 21st Century Fox. Prior to becoming Senior Executive Vice-President and Chief Strategy Officer, Mayer served as Executive Vice-President, Corporate Strategy and Business Development.
“I want to thank Bob for giving me the opportunity to lead the talented teams who, through the power of new technology and innovation, are creating the future of entertainment viewing,” Mr. Mayer said. “Delivering our great stories and characters directly to consumers on all high-quality devices around the world will provide the Company with meaningful new revenue streams and opportunities for growth.”

Consumer Products and Parks operations will merge under one segment, combining strategy and resources to produce even more compelling products and experiences

Direct-to-Consumer and International
The newly created Direct-to-Consumer and International segment will serve as a global, multi-platform media, technology and distribution organization for content created by Disney’s Studio Entertainment and Media Networks groups. The new segment will be comprised of Disney’s international media businesses and the Company’s direct-to-consumer businesses globally–including the upcoming Disney-branded direct-to-consumer streaming service, the Company’s ownership stake in Hulu, and its soon-to-be-launched ESPN+ streaming service, programmed in partnership with ESPN.

The Disney-branded direct-to-consumer streaming service, which will launch in late 2019 and has yet to be named, will be the exclusive home for subscription video-on-demand viewing of the newest live-action and animated movies in the Pay TV window from Disney, Pixar, Marvel, and Lucasfilm. It will also feature an array of original and exclusive series and movie programming, along with thousands of titles from the Disney film and television libraries. Senior Vice-President Agnes Chu will move to the Direct-to-Consumer and International segment and will continue to oversee programming for the upcoming Disney-branded streaming service.

BAMTECH, which is headed by Michael Paull, is developing both the Disney-branded and ESPN+ streaming platforms and will now house all consumer-facing digital technology and products across the company as part of the Direct-to-Consumer and International segment. This center for technology and data platforms within the Direct-to-Consumer and International segment aims to provide Disney with increased quality and efficiencies as well as greater consumer insights that will allow for more personalization and substantially improved user experiences.

In addition, to more closely align with the direct-to-consumer initiatives, Disney’s program-sales operations headed by Janice Marinelli—including global distribution of film and television content to the Disney-branded direct-to-consumer streaming service, Hulu and other third-party platforms and channels, as well as Movies Anywhere–will be integrated into the Direct-to-Consumer and International business segment. Marinelli will report directly to Mayer.

The company’s International Channels—including the international Disney Channels—will also be consolidated into the new business segment. The production of localized content will continue to grow under the new structure.

The new Direct-to-Consumer and International business segment will also be responsible for the distribution of all direct-to-consumer services globally. The Walt Disney International team of regional managers across EMEA (Europe/Middle East/Africa), Asia and Latin America will now report to Mayer.

The new Parks, Experiences and Consumer Products segment will become the hub where Disney’s stories, characters and franchises come to life. Disney’s worldwide consumer products business will be merged with Walt Disney Parks and Resorts under Mr. Chapek. Disney’s global consumer products operations include the world’s leading licensing business across toys, apparel, home goods, and digital games and apps; the world’s largest children’s publisher; Disney store locations around the world; and the shopDisney e-commerce platform. By uniting Disney’s consumer products business and Disney Parks’ robust retail and e-commerce operations, the Company will be able to share resources and best practices to provide consumers with incomparable branded products and retail experiences that only Disney can create.

Chapek has served as Chairman, Walt Disney Parks and Resorts, since 2015, overseeing the company’s travel and leisure businesses, which include six resort destinations in the U.S., Europe and Asia; Disney Cruise Line; Disney Vacation Club; and Adventures by Disney. Prior to that, he was President of Disney Consumer Products, where he refocused the business on a brand- and franchise-driven strategy while launching new products and retail experiences that combine technological innovation and creativity.

The Disney Media Networks business segment is co-chaired by Ben Sherwood, President, Disney|ABC Television Group, and James Pitaro, who was recently named President of ESPN and previously served as Chairman, Disney Consumer Products and Interactive Media. The Media Networks segment will remain virtually the same, with the exception of the international Disney Channel operations that are moving to the Direct-to-Consumer and International business segment along with management of global advertising sales/technology.

The company expects to transition to financial reporting under the new structure by the beginning of fiscal 2019.