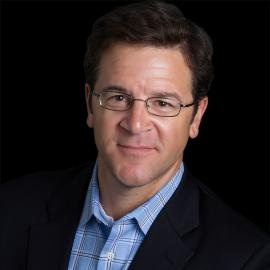 Novak report directly to JAKKS’ chairman and CEO, Stephen Berman. He is responsible for overseeing all financial aspects of the company, including financial planning and analysis, accounting and financial reporting as well as managing the tax, internal audit, treasury, and investor relations functions.

Novak brings to JAKKS more than 23 years of experience in finance, tax and corporate development, with expertise in operations, financial planning and strategy, and mergers and acquisitions, in addition to financial reporting and accounting.

Until March 2018, Novak served as CFO of the Ixia Business Group, a business unit of Keysight Technologies, which acquired Ixia, a publicly held company, in April 2017. He spent 13 years at Ixia prior to the acquisition where he managed Ixia’s worldwide financial operations and participated in key strategic decisions, mergers and acquisitions, and financings as Ixia grew from a small communications test business to a global technology company with approximately 1,850 employees and half a billion dollars in annual revenue.

Novak began his career at PricewaterhouseCoopers, most recently as a manager in the Emerging Technology Group, where he served private and publicly held clients before joining Idealab, a creator and operator of technology businesses. There, he served as its director of Finance and Corporate Development.

Aterian Investment Partners named Tony Ciepiel as CEO of Step2 Discovery. In this position, Ciepiel will lead the combined businesses of The Step2 Company and Backyard Discovery. He succeeds Tom Doherty, Interim CEO, who was appointed in July 2017.

Ciepiel most recently served as COO of the privately held, family-owned and operated Vitamix Corporation. There, Ciepiel was responsible for establishing and realizing Vitamix’s strategic direction and ensuring alignment of all domestic and international operations. During his tenure, Ciepiel led the teams that developed new products and expanded distribution resulting in more than 400 percent growth in five years. His prior roles at Vitamix included vice-president of sales & marketing and vice-president of commercial division. Prior, he served as president and COO at The Flood Company; president, CEO and COO at Realty One Inc., and executive vice-president, treasurer, and CFO at Griswold Inc.

Ciepiel currently serves on the Board of Directors and is an active committee member of IDEAL Industries, Beckett Air, and The Christian Business Men’s Connection of Northeast Ohio. Prior board positions include: Westfield Bank, Southern Title Company, The National Association of Realtors, In His Steps Foundation, Cuyahoga Valley Christian Academy, and United Cerebral Palsy.